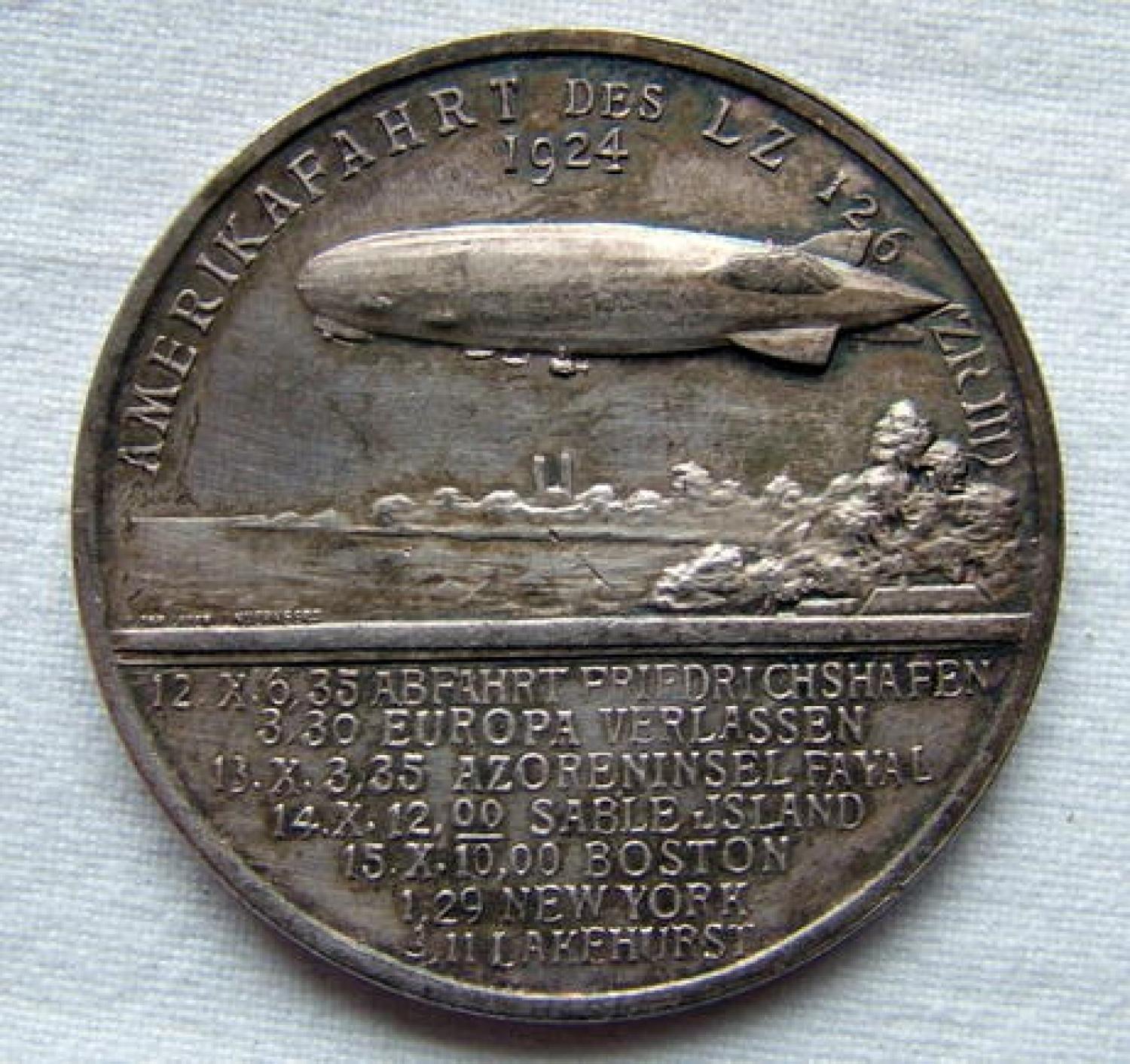 SOLD
By Lauer of Nuremberg. A silver coin/medallion issued to commemorate the arrival in the USA of Zeppelin LZ-126 from the manufacturer in Friedrichshafen, Germany. It was built in 1924 with the original designation LZ-126 and given over to the US as part of war reparations. There she was commissioned into the US Navy and redesignated ZR-III (USS Los Angeles). The Zeppelin remained in service until 1932 and was finally dismantled in her hangar in 1939, having been the longest serving rigid airship ever operated by the USN.
Made in .990 grade silver, 33mm in diameter with a portrait of Dr. Hugo Eckener on one side and Zeppelin in flight over land and sea. Inscribed with caption "Amerikafahrt Des LZ126 / ZRIII 1924" and with flight details from Friedrichshafen to Lakehurst. Dr. Eckener was manager of the Luftschiffbau Zeppelin during the inter-war years, and was commander of the famous Graf Zeppelin for the majority of its record-setting flights, including the first airship flight around the world, making him the most successful airship commander in history. Medallion is engraved '990' silver content to rim. Very nice condition. Stock code M16961.