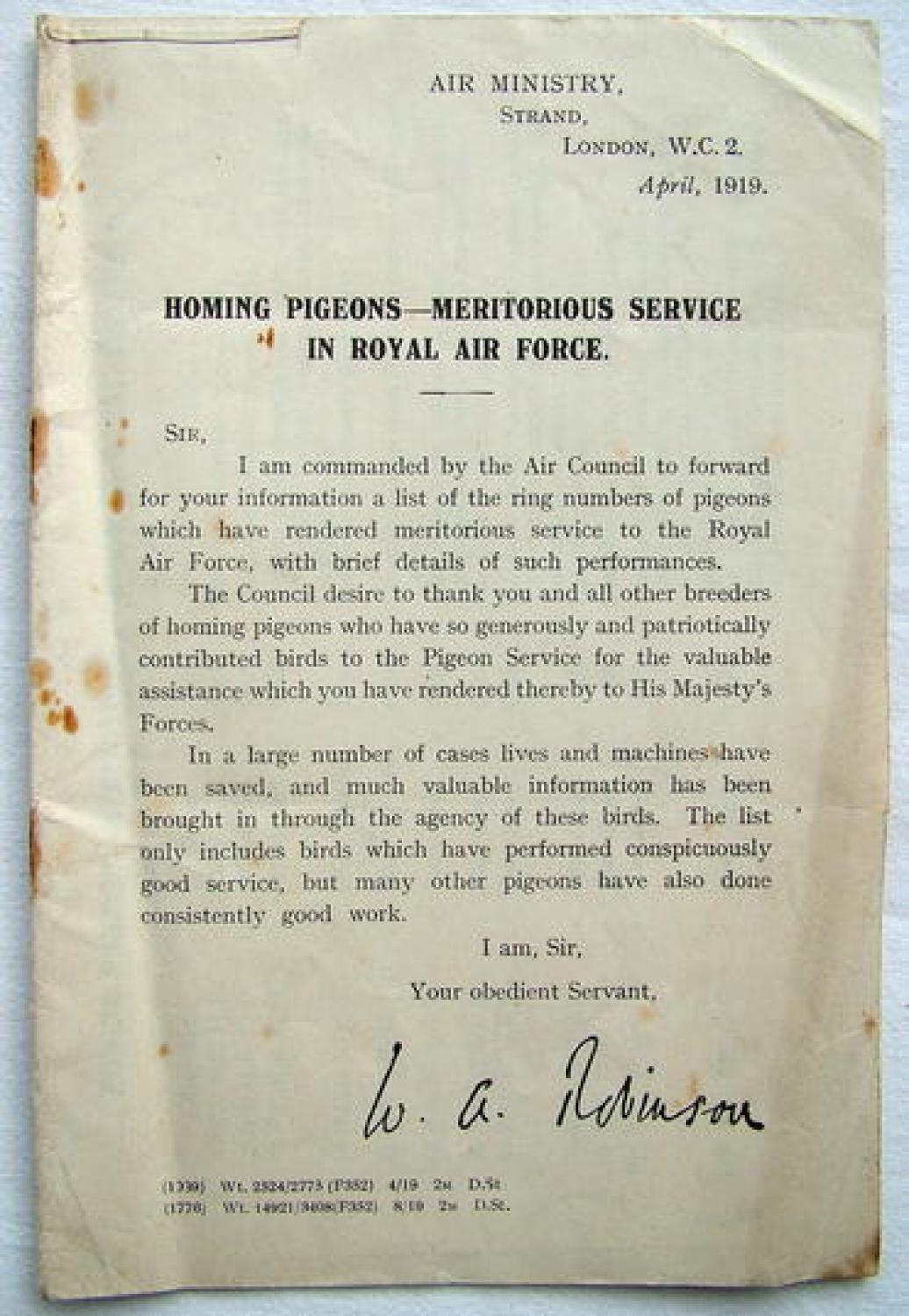 SOLD
12 x 18.5cm. Dated April 1919. The cover is in the form of a letter from the Air Council to breeders of homing pigeons for the pigeon service, thanking them for their ' valuable assistance rendered to His Majesty's Forces'. It goes on to state that a large number of lives and machines were saved and much valuable information brought back through the agency of these birds. The following 19 pages lists those birds that performed conspicuously good service during WW1. The list provides the birds' ring number, colour, sex and remarks about their service. These include such comments as 'liberated from an airship which was forced to descend at sea. This was the first intimation of the ship being in distress'; 'Returned with message that seaplane was down and totally disabled 45 miles from base. As a result the crew and machine were brought back safely in tow'; 'Seaplane crashed about 10 miles from base, and this bird, although almost drowned, returned with message in time for assistance to be sent....' Facinating little pamphlet. Somewhat creased and with light marking from the rusted staples. Stock code P16170.