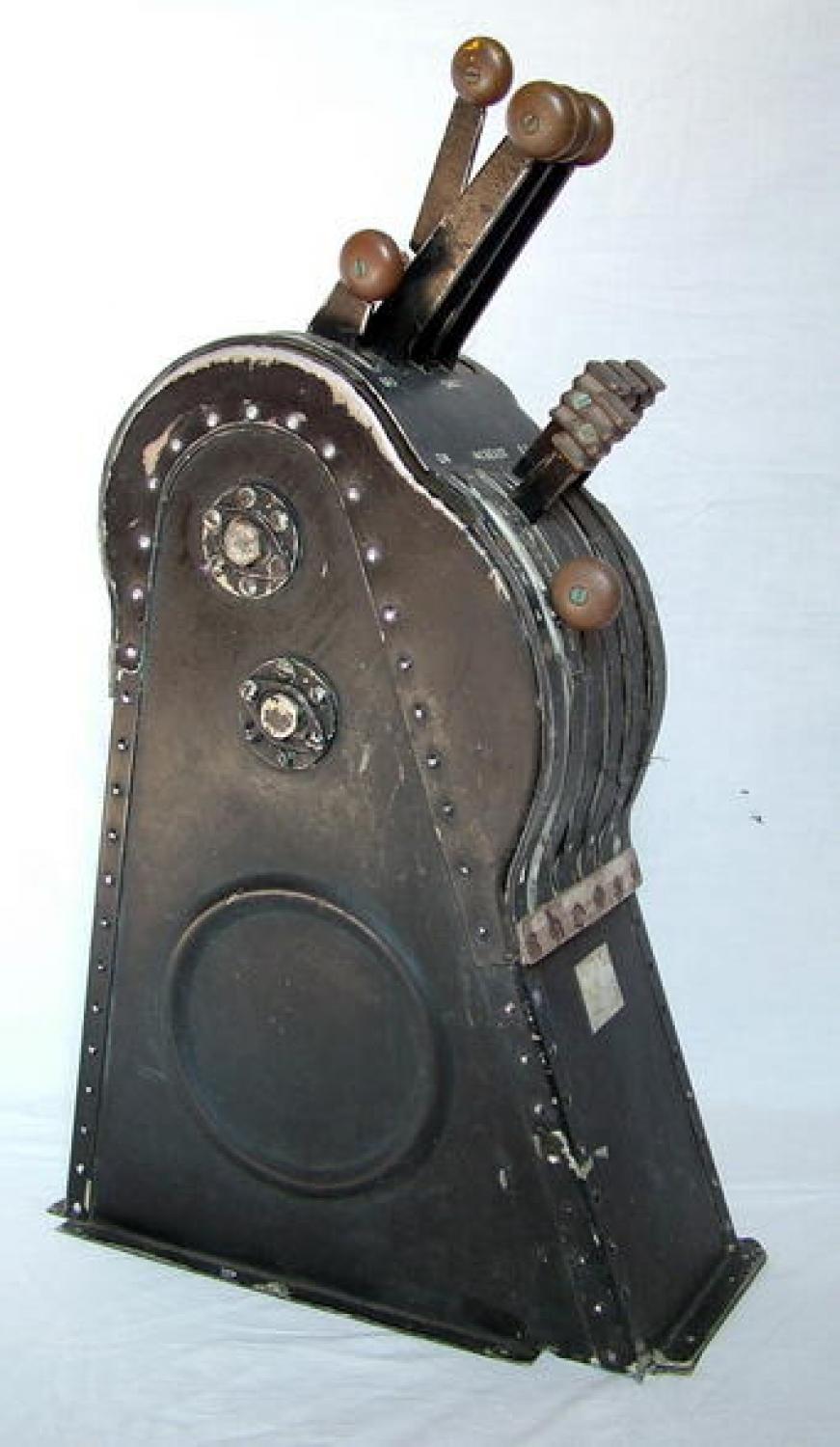 SOLD
AVRO Shackleton co-pilot's throttle box assembly in black painted aluminium. Complete with all four engine throttle levers and lock, RPM levers and so on. The Shackleton was a developed from the Lincoln bomber and given the AVRO design number of 696. Three prototype aircraft were built with the maiden flight in March 1949. The Shackleton M.R.1 entered service in April 1951. It was used for the anti-submarine warfare and as a maritime patrol aircraft. It was later adapted for airborne early warning and search and rescue roles. Shows wear and tear but in remarkably good condition. All levers move freely. As can be seen in photo no.10, the lever connecting rods have been cut to the length of the throttle box casing (approx. 50cm). An impressive display piece. Pretend it is off a Lancaster and re-enact wartime raids in the comfort of your own home! Stock code M16796.