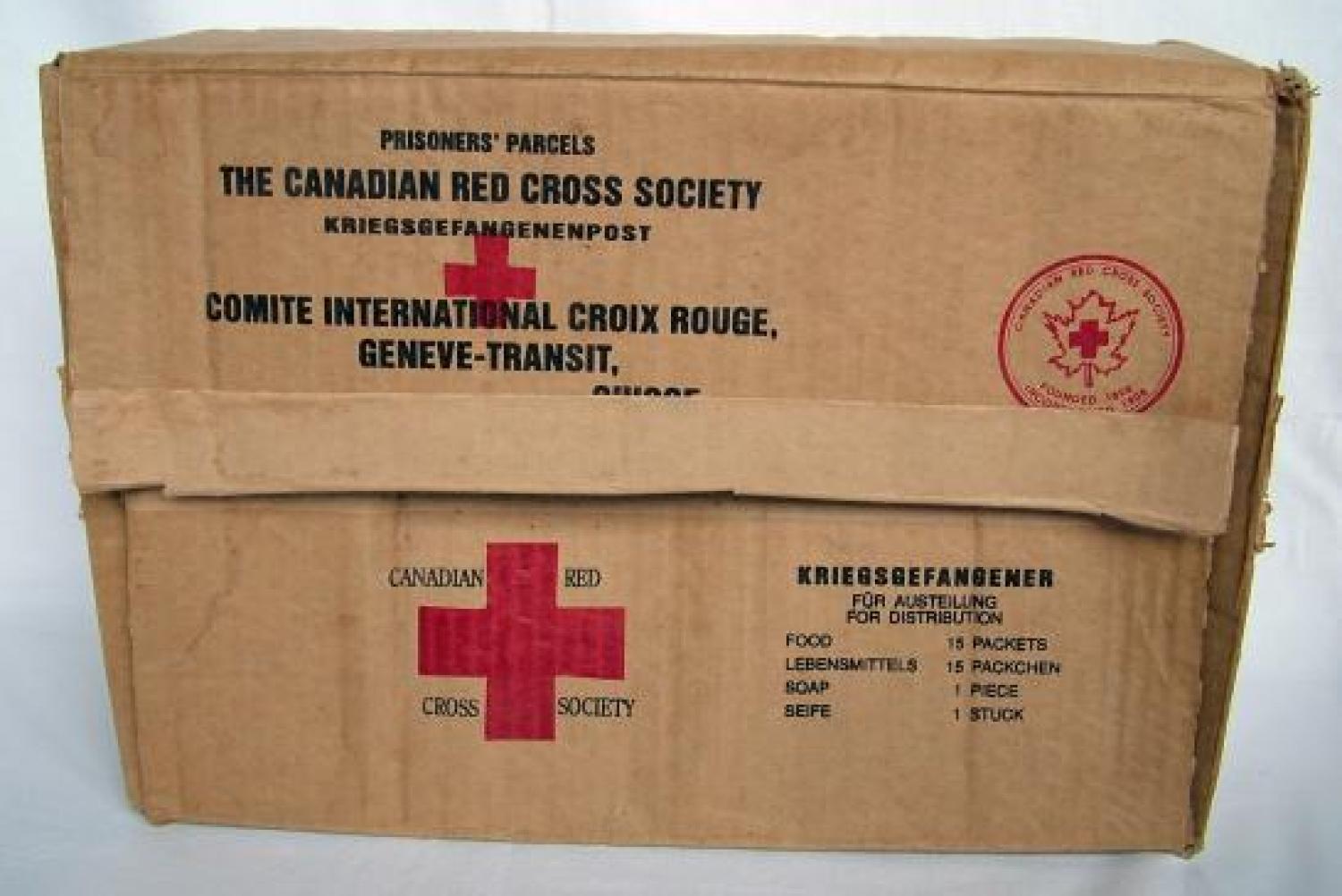 SOLD
Approx. 34 x 24 x 12cm. Simple corrugated card box manufactured by Canadian Wirebound Boxes Ltd. of Montreal and Toronto. The 1944 annual report for this company states that all work is geared to the war effort and that 'production of Wirebound Boxes, Nailed Boxes and Plywood Cases is being used extensively for Shells, Fuses, All Kinds of War Products,as well as Food and Clothing for our Armed Forces and Workers on the Home Front. Cormgated Cartons in large quantities from the Company's Factories are carrying the Prisoners-of-War Parcels, Munitions of War and Essential Civilian Goods'.
The box is printed in red and black ink to the lid 'Prisoners' Parcels -The Canadian Red Cross Society, Kriegsgefangenpost, Comite International Croix Rouge, Geneve-Transit, Suisse.' It lists the original contents as 15 Packets of Food and 1 piece of soap. Red cross parcels were distributed in P.O.W. camps to help supplement the meagre rations. It is widely accepted that in some circumstances P.O.W.s only survived thanks to these parcels. The box is in very good order but does show signs of age wear. Empty. Stock code M12532.