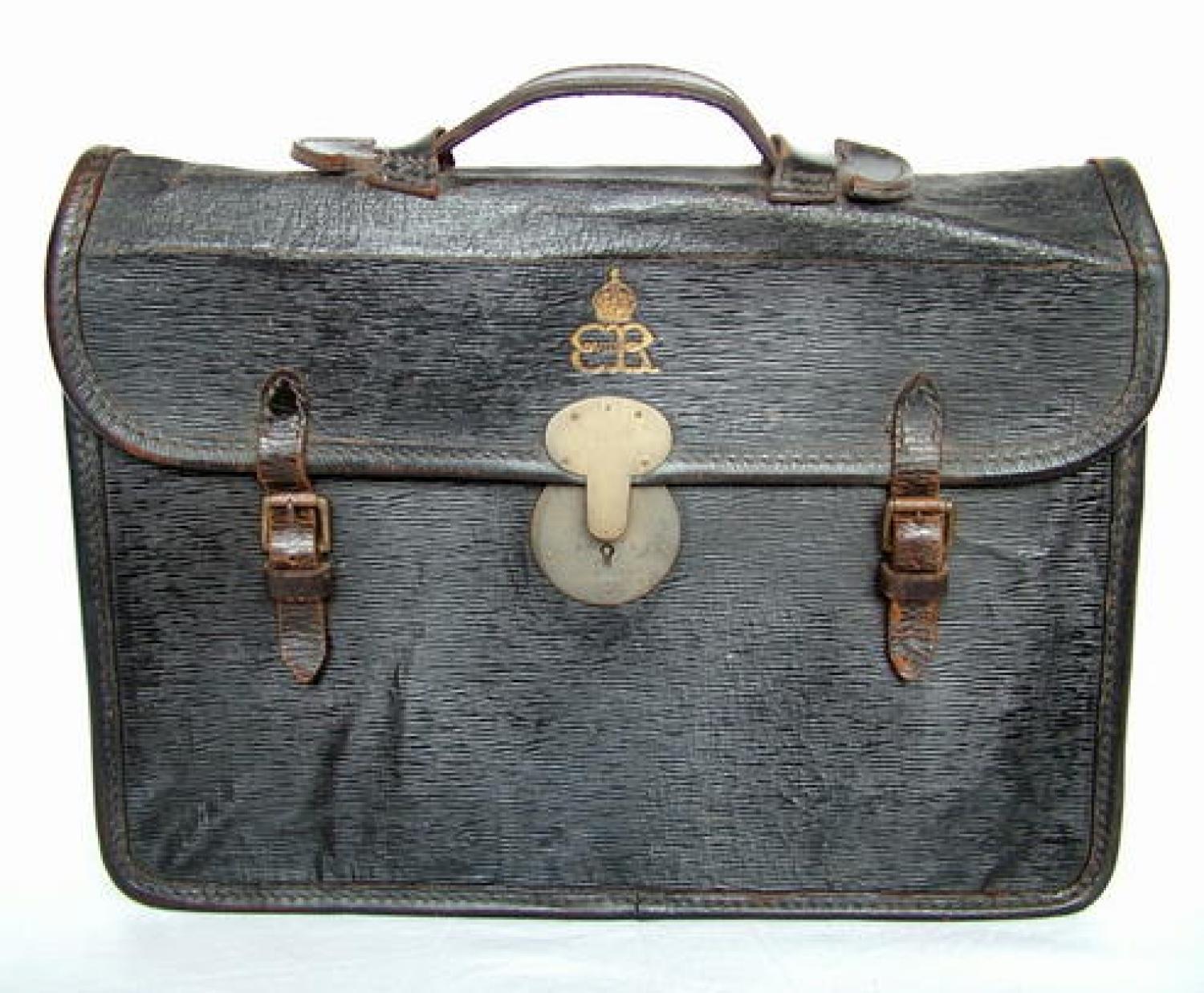 SOLD
Edward VIII ascended the British throne on 20th January 1936 following the death of his father King George V. Due to his infamous relationship with American divorcee Wallis Simpson, Edward was never actually crowned and abdicated on 10th December 1936. He was suceeded by his brother Albert who was crowned as George VI. Edward's reign was one of the shortest in British history at a mere 326 days. This briefcase would presumably have been used by government officials to carry documents and papers during that brief period. The case has a gold infilled embossed Royal Cypher with 'EVIIIR' surmounted by a King's Crown. Single flapped lid with carry handle, locking clasp and twin buckled straps. The side and base panel, bindings, handle and straps are in thick leather. This shows some wear at fold points and exposed edges. There is also surface cracking of the straps. The main body of the case is in some type of faux leather/rexine backed with a green cotton. This is generally in good condition apart from two splits where the flap of the case folds (see photo). The lock plate reads 'Secure Lever'. Sadly the key is missing but a locksmith might be able to fabricate one. Considering Edward's short reign as monarch, this case is a rarity and an interesting pre-war curio. Stock code M17394.