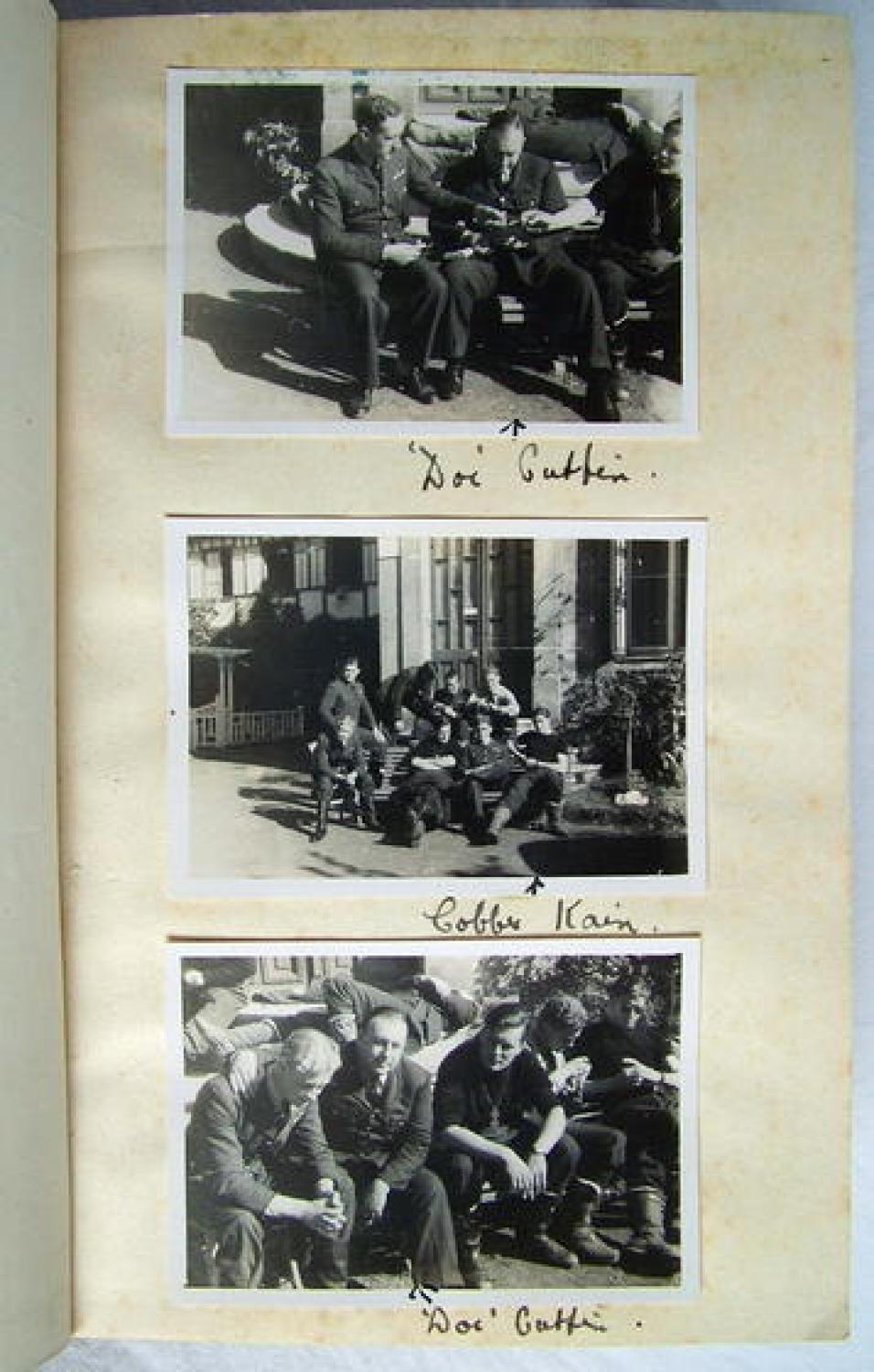 SOLD
Published by Victor Gollancz, London, 1940. 1st edition. 256p. Illustrated with b+w photographs. Hardcover, no dustjacket. "The story of two R. A. F. fighter squadrons attached to the Advanced Air Striking Force in France from September, 1939, until the eve of France's capitulation in June, 1940. Written by the Daily Mail war correspondent with the R. A. F. , it is the first book of its kind to be published since the war began - a book that in ordinary circumstances could not have been written until after the war. For SQUADRONS UP! gives the sort of inside view of the R. A. F. that every one has been waiting for: it tells what the flier's life is like in the air and on the ground; it gives eyewitness accounts of gallant battles against odds of sixty to one; it explains R. A. F. strategy; it gives vivid and human portraits of the young men who make up the R. A. F. ; it quotes from actual flight log books; and, above all, it names names (as the daily press has not been allowed to do) and gives these new heroes the credit they so justly deserve. " Fascinating book about the men of 1 & 73 Squadrons. Quite a bit of information on 'Cobber' Kain in the book. A 'Doc Outfin' is also mentioned within (see details of book dedication below). The front page has a handwritten ink dedication dated Dec. 1940 'Wishing you all a very happy & safe Christmas. Nell. Sick Quarters W.A.A.F., R.A.F. Kirton in Lindsey, Lincolnshire. Dr. Outfin is our Medical Officer'. Glued to the next page are three original non official ' candid' photos of aircrews believed to have been taken during the Battle of France. 'Doc' Outfin and Cobber Kain (KIA June 1940) have been marked on the photos by 'Nell'. Other aircrew in the photos were identified by Peter Ayerst DFC, a fighter ace with 5 destroyes, 1 prob, 3 damaged and 2 on the ground, who flew right through the war from the Battle of France to D-Day. The top photo shows Ian Scoular, 'Doc' Outfin & S/Ldr. Newell 'Fanny' Orton DFC & bar (KIA Sept. 1941). The second, back row left to right : P/O Peter Ayerst, Bill Kain, Tub Perry, Graham Paul. Front row : Peter Walker, Fanny Orton, Claude Wright, Cobber Kain. Third photo : Pete Walker, 'Doc' Outfin, Fanny Orton, Graham Paul, Cobber Kain. Flying Officer Edgar James 'Cobber' Kain DFC was the first RAF air ace of WW2, and also the first WW2 recipient of the DFC. During the Battle of France in 1940, he scored 17 confirmed kills. Rare original Battle of France photos most probably never seen before. Interesting to see some early flying kit including Cobber Kain's 1930 pattern flying boots. The others are wearing a mixture of service dress shoes, 1930, 1936 and private purchase boots, SD uniform etc.
The book itself has a scorchmark to the front cover plus general marking/fading. Internal pages are sound but with yellowing and marking particularly to the page edges. The binding is good and tight.