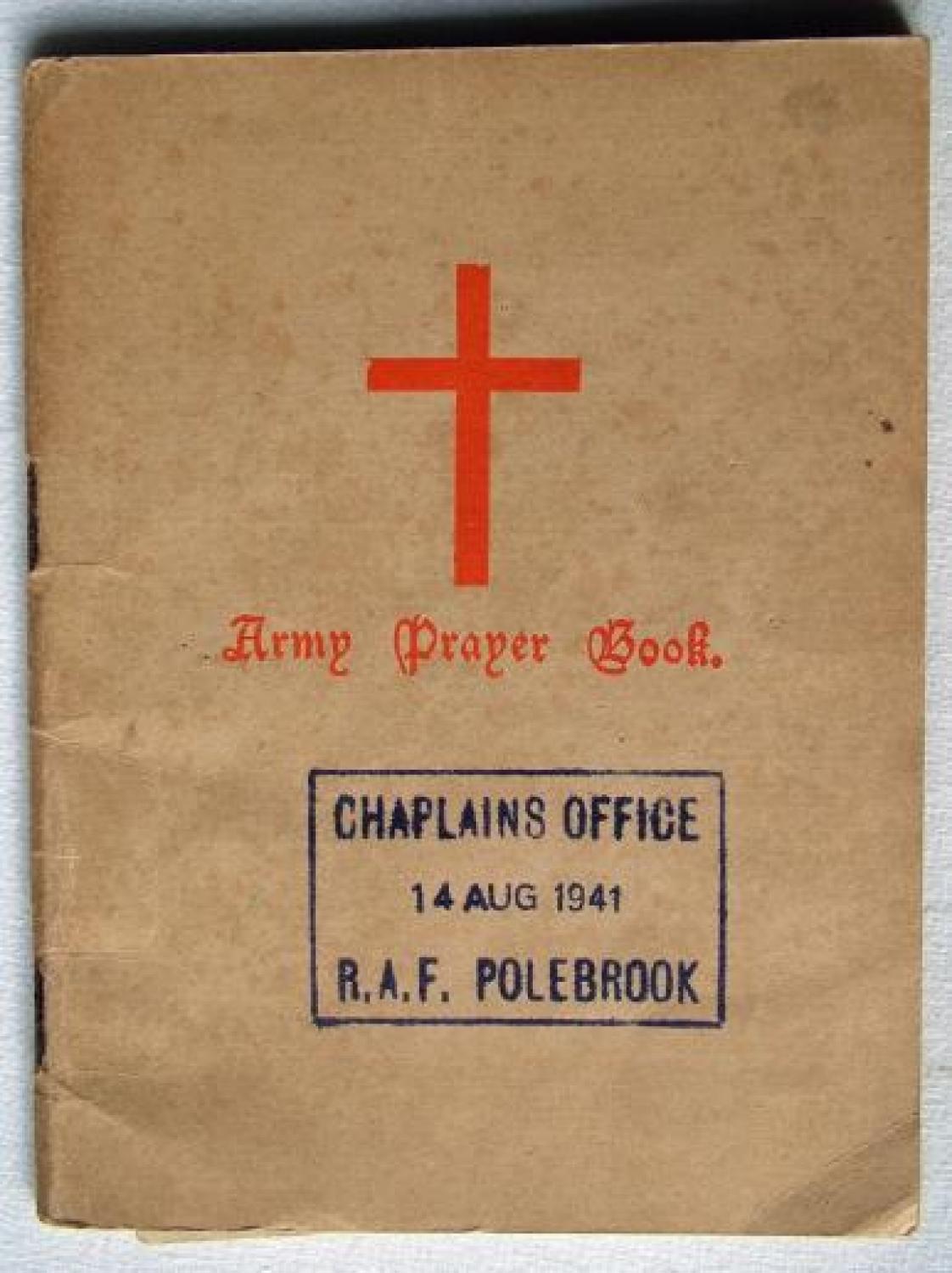 SOLD
We had two of these small Army prayer books. This one is approx. 10 x 13cm, has 64p and is overstamped 'Chaplains Office, 14 Aug 1941, RAF Polebrook'. There is an insert card with the 'Airman's Hymn' printed on it. One of the first units to operate from Polebrook was No. 90 Squadron, which carried out operational trials using B-17s between June 1941 and February 1942. On June 28, 1942, the station was officially turned over to the USAAF and became the base of the 97th Bombardment Group, the first AAF heavy bomber organization to arrive in the UK. Light soiling and foxing but in good used condition. Stock code P17094.