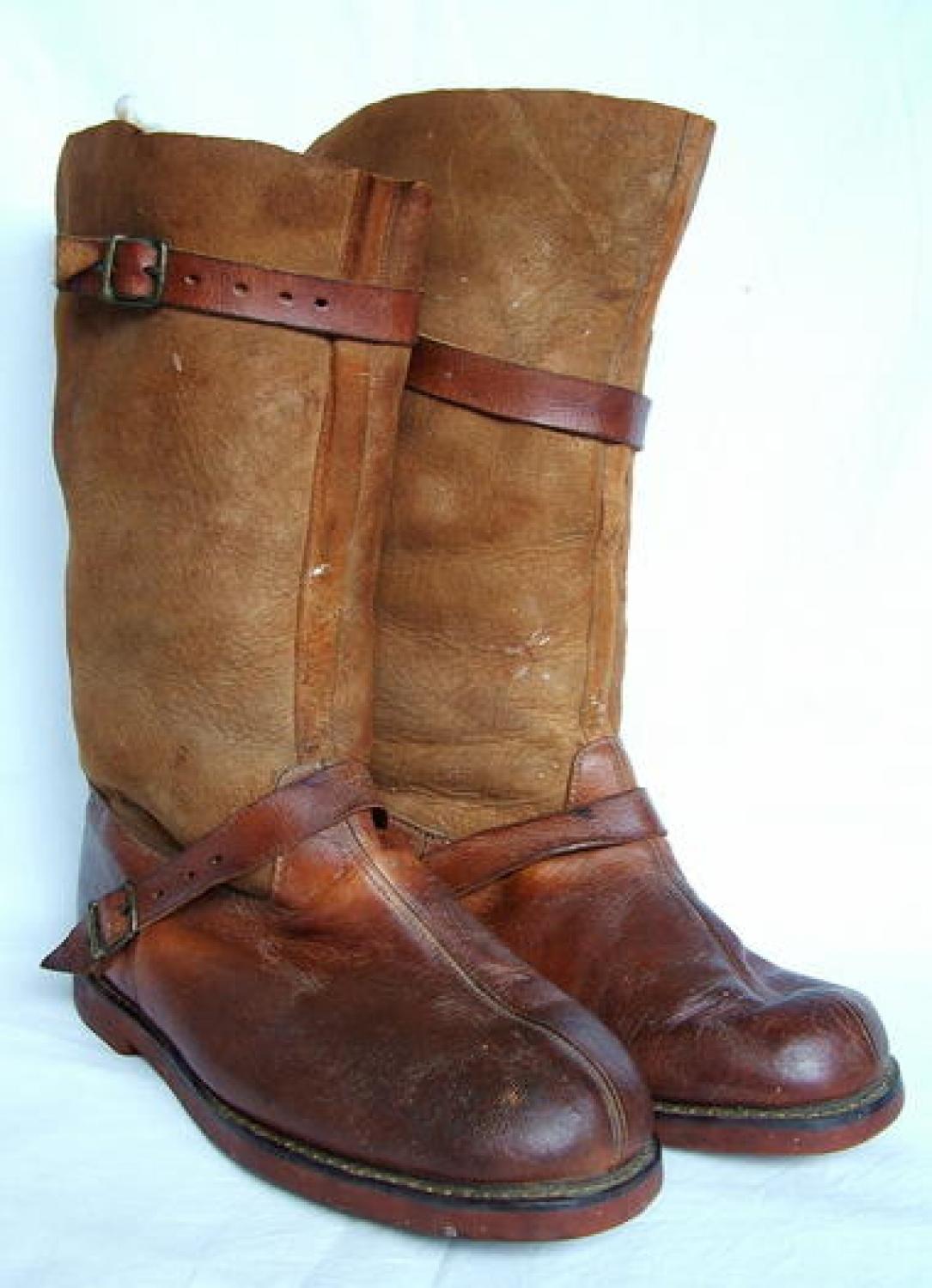 SOLD
Stores Ref. 22c/4. 'Boots, Flying, Thigh'. Thigh length, suede, sheepskin lined boots widely used by British aircrews in WW1. Often seen in period photographs with the trademark long leather flying coat. Various different styles/patterns were made but most had a two-tone appearance with a different type of leather/suede used for the shoe section to that of the main body of the boot. In addition most have stitched leather soles, a buckled strap over the top of the shoe section and a similar strap just below the knee. A small inverted 'V' shaped strap/buckle was stitched to the top outer edge of the boot - this could be connected to the wearer's other clothing using a separate strap. This pair have a finished (chromed) leather shoe section with chestnut brown suede uppers. They retain both of the lower straps but have been cut down to a more 'normal' length of boot. This practice of converting to 'knee boots' was not uncommon as the full length boots could be cumbersome, particularly when worn with the 'new' Sidcot suit. The bad news is that pair have been but down rather crudely and not to the same level! The remaining boots are in very good condition - the shoe sections are a bit grubby but show no real sign of wear as do the virtually unmarked soles (see photos). The straps are also good. The linings are a little grubby from storage and have minor fur loss. If they were complete this would be a super pair of boots. Still an extremely rare pair of boots and highly sought after. Could be restored to full length with suitable leather/sheepskin. Stock code B16226.