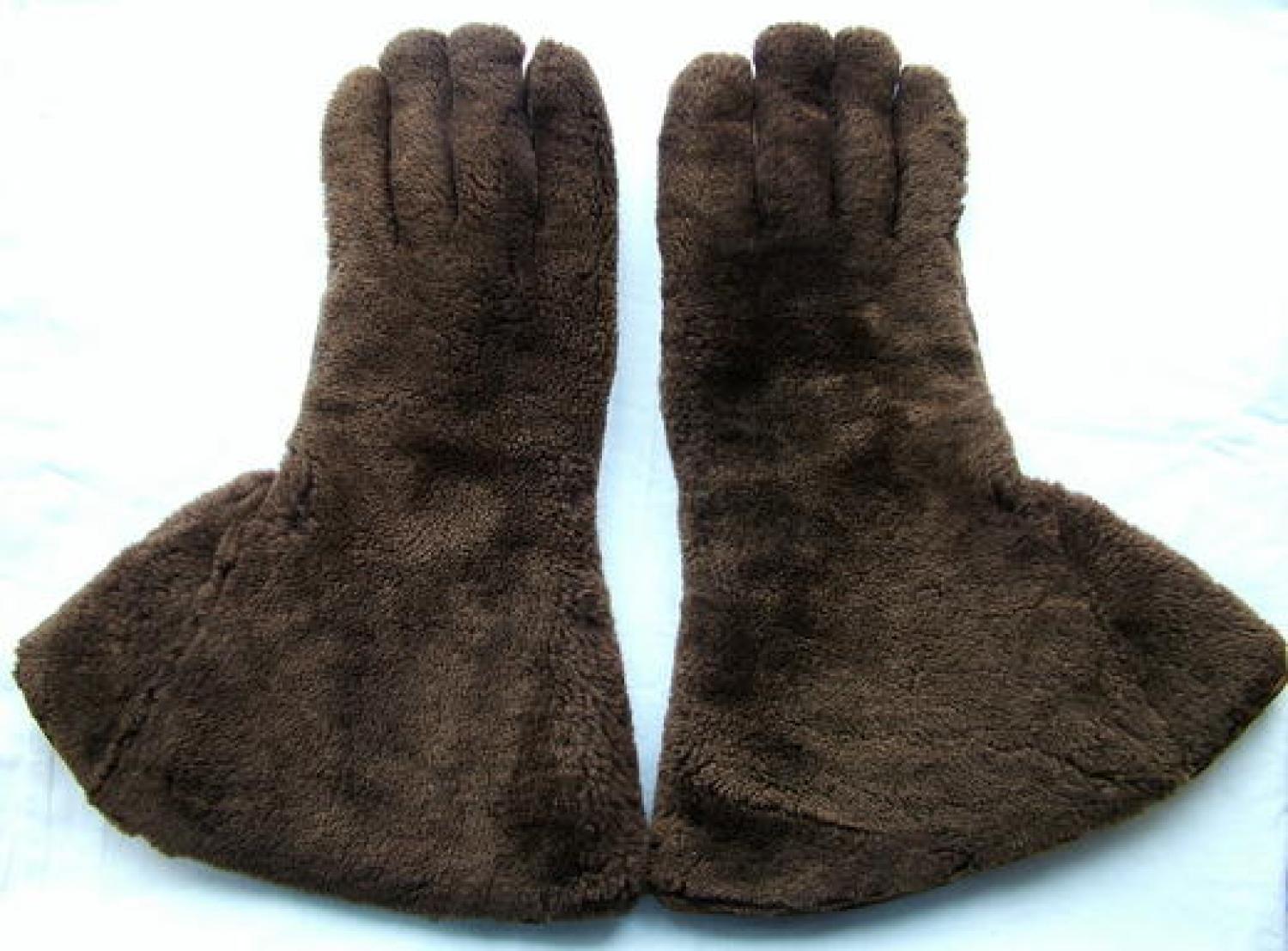 SOLD
By Firkins of Worcester. Typical privately purchased long gauntlets in dense chocolate brown fur with chromed leather palms and finger backs. Elasticated at the wrist. Large wide cuff section reaches to the middle of the forearm when worn. Dense white short pile fleece lined throughout. Excellent conditionn throughout showing light use only. These were purchased along with a leather flying coat named to Cpt. Wilson XI SQDN. RFC'. Research reveals a Captain Robert Eric Wilson, 3rd (Reserve) Batallion, Hampshire Regt. and Royal Flying Corps who could have been the original owner. He was appointed Captain on 26th February 1915 (Lieut. as of 30th June 1913) ; Flying Officer (RFC) 16th July 1916. He served with 11 Squadron during 1916 and later with 32 Squadron. On 2nd September 1916 he was shot down whilst flying a D.H.2 engaging enemy aircraft and crashed at Pys near Bapaume where he was taken prisoner by the Germans. Wilson was repatriated following his release on 18th December 1918. The previous owner purchased these gloves,the coat and some RFC shoulder titles over 20 years ago when it was found thrown out for the bin-men! Apparantly the uniform, boots and maps had been disposed of in previous weeks via the bin!
Stock code GA15836.