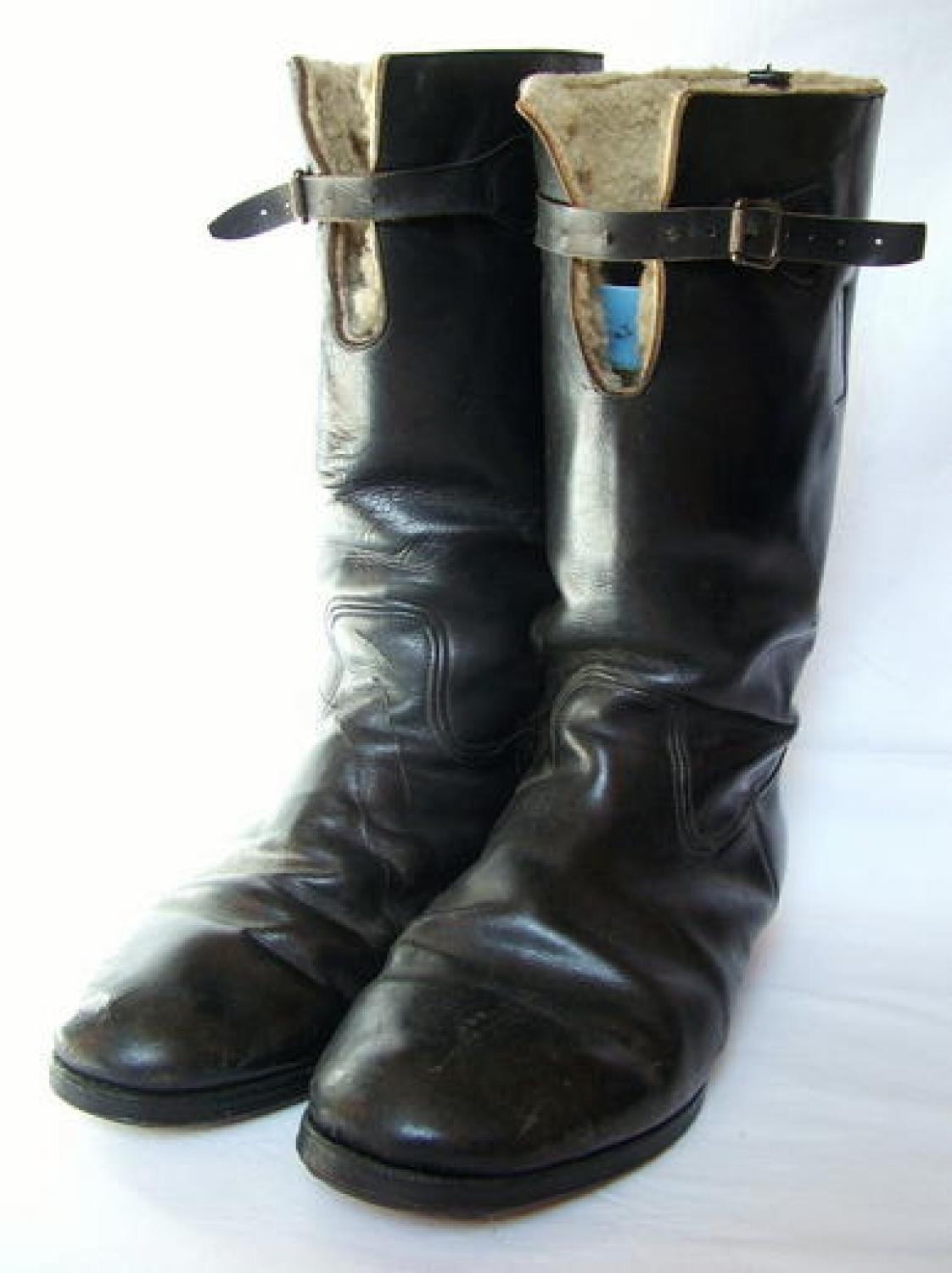 SOLD
Stores Ref. 22c/80. Size 10/11. 1938 dated. The leather is generally in very good condition apart from a surface cut across the top of the right boot (see photo). The linings are very good - much better than most found in '36 patt. boots - minor moulting only. They also have the insoles fitted. Re-soled and with new heelplates. Complete with clear Air Ministry King's Crown markings and 1938 date code in each boot. A very good 'pair' of these rare early boots. These were purchased directly from the daughter-in-law of the owner. Interestingly they are not a true pair, one being a size 10, the other an 11. The vendors hadn'd even noticed and the boots have evidently always been worn like this. They belonged to a Fl. Lt. John 'Johnnie' Reginald Robinson. He flew as a navigator on Mitchells having trained at USN Air Station Pensacola in the USA. He appears to have been over there from around late 1941 until mid 1942. The boots come with some handwritten notes from the family, some photocopy photos of him in the USA and photocopies of a 1941 Thanksgiving Dinner for British Flight Students at Pensacola etc. I have found details in the London Gazette that refers to him being promoted to the rank of Sgt. in May 1943 and in November 1943 from pilot officer (probation) to flying officer (on probation - war subs). Overall a good '+' to very good pair of these early boots in a large size. Stock code B15330.