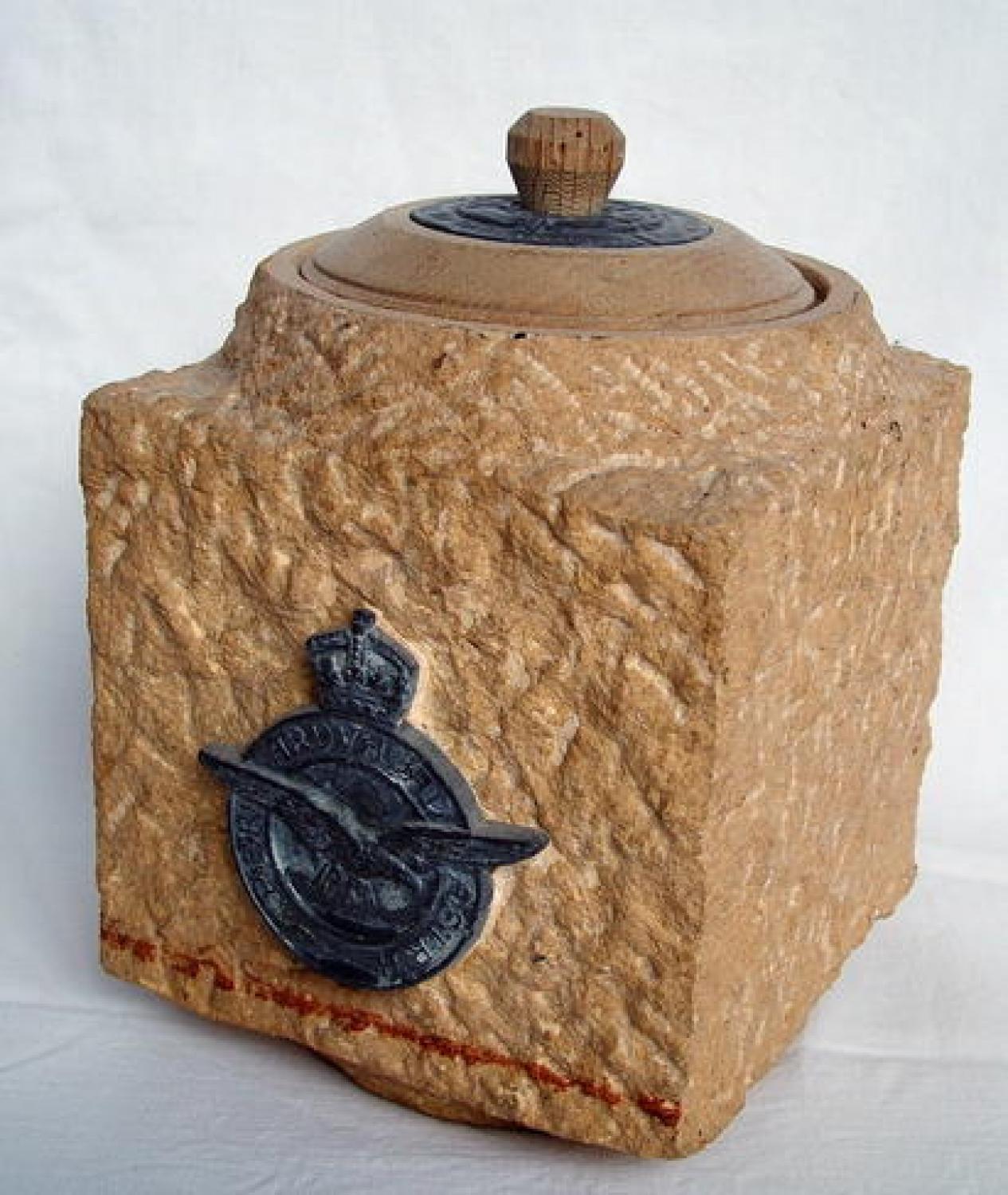 SOLD
After parliament was bombed by the Luftwaffe in 1941 the damaged stone, lead (from roof/gutters) and wood was salvaged by the Ministry of Works to be sold for charitable purposes. Such items as paperweights, letter racks, book ends and in this case a tobacco jar or biscuit barrel were made. Each item had a lead seal with a relief picture - usually of the Houses of Parliament and wording such as 'This stone came from the Houses of Parliament'. This large roughly square jar measures approximately 15 x 15cms and is 20 cm tall. It has a circular oak lid with a lead seal to the centre. This example is relatively unusual in having a lead RAF badge to one side rather than the usual lead seals. The jar has its original white ceramic liner. Other than surface staining to the liner this item is in very good condition. Extremely heavy due to the size/stone. Comes with a photocopy of the certificates that were issued with these items. Your chance to own original stone, wood and lead from the British Houses of Parliament - all thanks to the Luftwaffe! Stock code M5681.