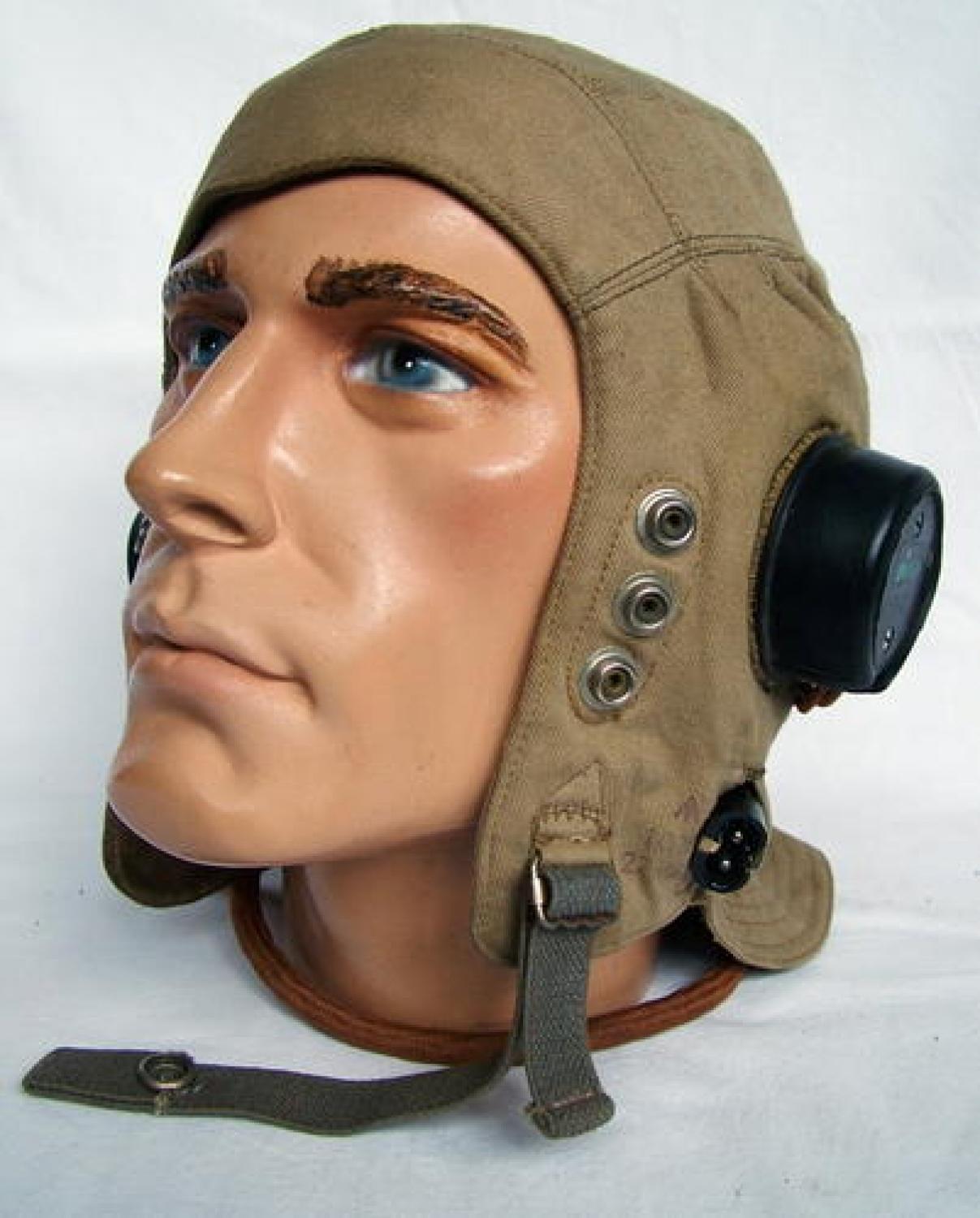 SOLD
Stores ref. 22c/972, size 4. Intended for use in tropical/desert climates in the Middle East, Mediterranean, North Africa etc and incorporating a neck flap at the rear to provide sun protection. The material is in in excellent clean condition throughout. Very good straps - all the press studs retaining virtually all of their original coatings. The rubber receiver carriers are very good if a little 'stiff'. The satin lining is very good and clean apart from the chamois donuts that have light to average soiling. Fully wired with a mid tan loom, black cased jackplug plus good matched A.M marked 10A/12401 receivers. The chinstrap retains some elasticity and reasonable colour. Stamped with war department broad arrow, reference numbers and A.I.D. markings. Also has owner's details inked on 'D G Cockburn, 1832 Sqdrn. RNVR'. 1832 Squadron was formed at Eglington in August 1943 as a fighter squadron with 10 Wildcat Vs, transferring to Stretton to form fighter flights to join TBR squadrons on escort carriers. In November 1943 the first fighter flights were formed for 842 squadron on HMS Fencer. The other 9 flights formed from December 1943 until March 1944. Returning to Eglington in February 1944, the squadron was disbanded in June 1944.
An excellent used helmet. Re-listed due to non-paying customer. Stock code H16389.