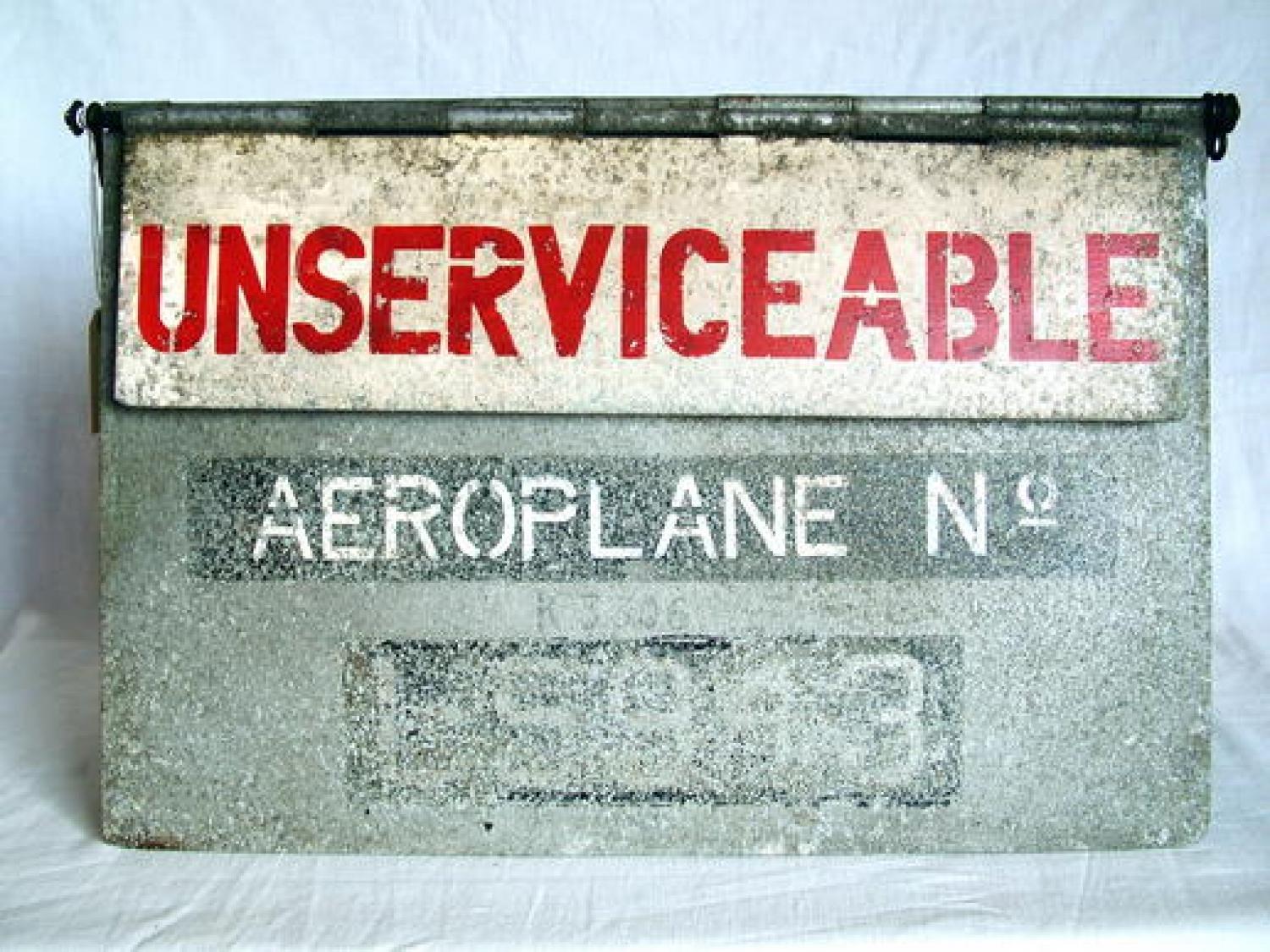 SOLD
Stores Ref. 4A/449. Aluminium alloy, approx. 45 x 30cm. Two alloy panels joined along one edge with a hinge such that the sign can be opened out and be free-standing. A smaller (42 x 11cm) panel is also attached to the same hinge and can be folded over the other panels. One side of the sign is stencilled 'SERVICEABLE - AEROPLANE No.' The other panel is stencilled 'UNSERVICEABLE' in red. The smaller panel is marked 'UNSERVICEABLE' on one side and can be folded over to cover the 'SERVICEABLE' lettering on the main panel. It is engraved with A 'Crown' M markings, reference numbers and a 1932 date code. The sign also has faint remnants of aircraft numbers marked on both sides. These are L5943 and K3306. The first of these was a Miles Magister made by the Ford Motor Co and delivered to the RAF between June 1937 and February 1940. It was struck off charge 30/04/43. K3306 was an Avro Tutor delivered to Kenley in 1933. The same aircraft was at Duxford in 1938. This sign would have been used when these (& other) aircraft were being serviced in the hangars or prepared for flight. It was purchased at a farm sale close to Duxford air field a few years ago. It was evidently at Duxford during WW2 and throughout the Battle of Britain, possibly being used for fighters during that period. Condition is fair. Whilst the sign is completely solid and sound the alloy is pitted and worn and the stencilling shows age, wear and paint flaking. A very rare and fascinating piece of aviation history. Stock code M15890.