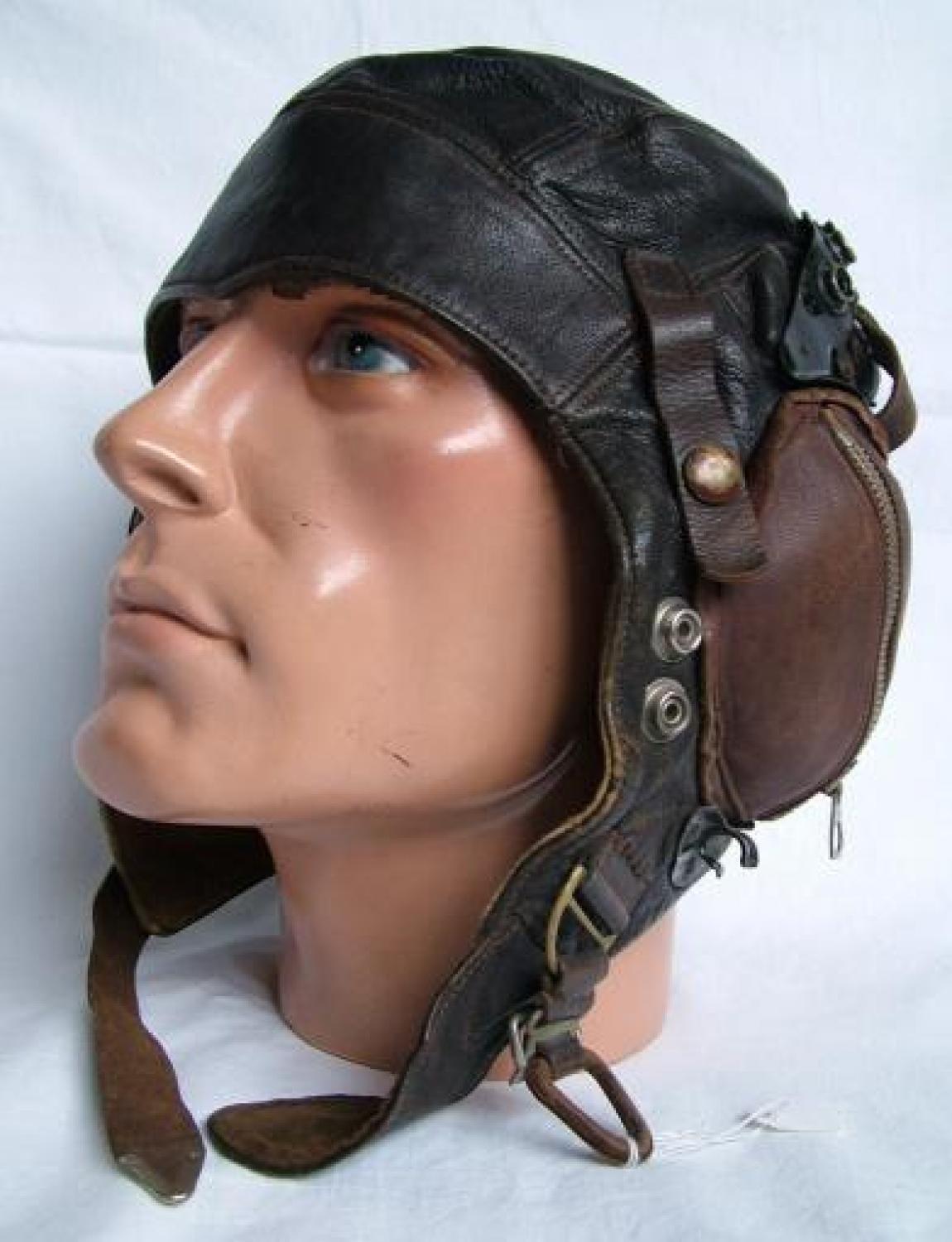 SOLD
Stores ref. 22c/452. Size 4. Extremely rare and unusual helmet based on a standard early 2-stud C-type (E-series masks). Predates the 'factory made' FAA C-type. Early versions of that helmet are modified C-types like this one with the rubber receiver carriers removed and replaced with zipped earpieces. In this instance RCAF earpieces have been added. In addition the helmet has been adapted for use with the MK.IV series goggle and has the metal guide plates rivetted into position around the earpieces. The leather is in very good overall condition, clean and fully supple. There is some minor abrasion on exposed points but this does not detract from the overall appearance. Reference numbers partially visible near base of left 'ear'. The earpieces are in typically paler leather and remain in good condition although the right one is partially unstitched (see photos). Good straps and although the press studs have lost most of their brown coatings. The chinstrap is good and retains the metal end tip. The Bennet buckle is a little rubbed but has fullleather covering. The lining is cleaner than the average helmet with relatively light rubbing on the chamois donuts and at the nape of the neck. Fitted with a reasonably good pair of foam rubber inserts. Some chips & minor distortion to the black painted brass helmet plates. Unwired. A good/ good '+' used example of this rare and unusual helmet in the largest size. This helmet has been in my collection for around 20 years and has been released following a reorganization. Stock code H73.