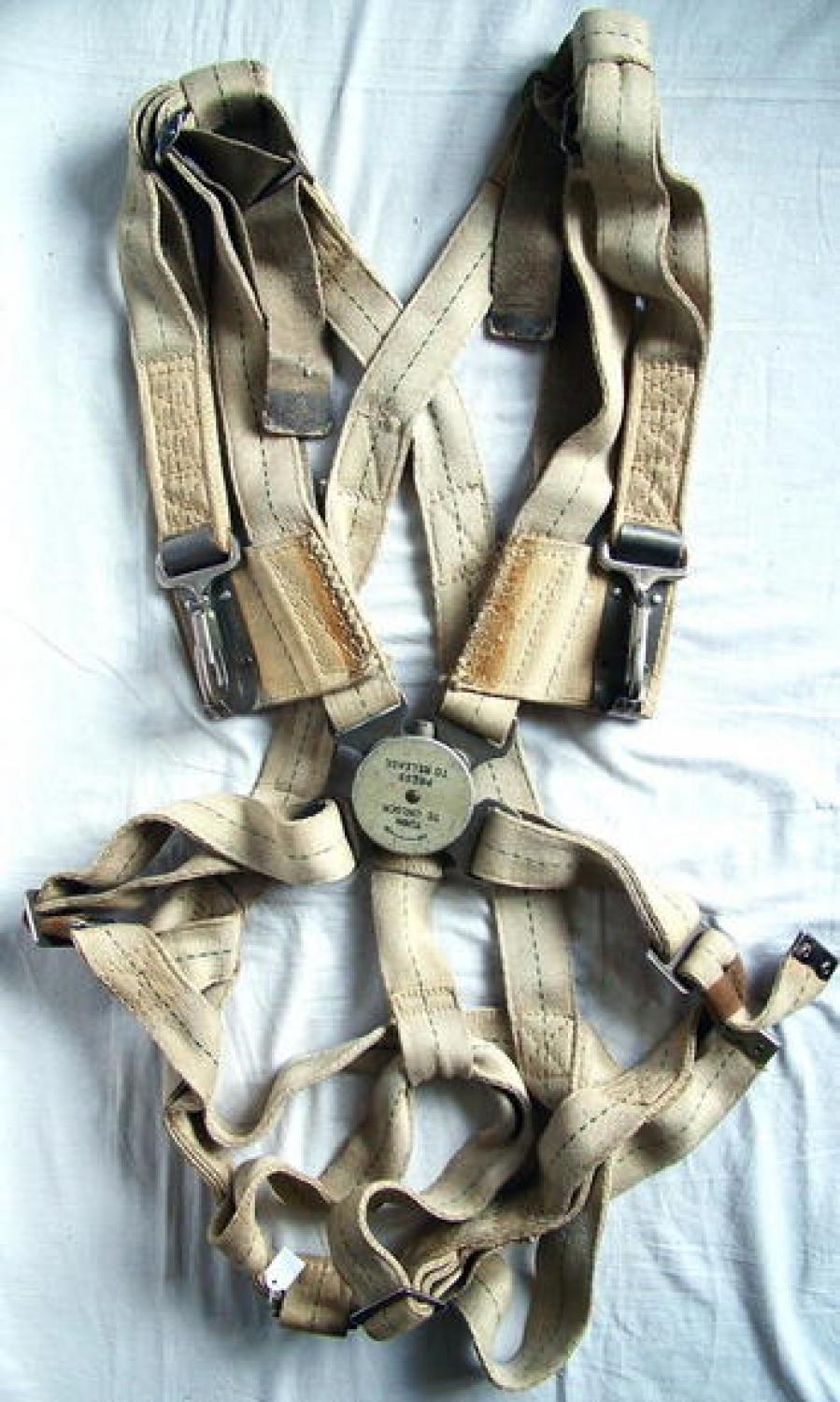 SOLD
Standard 'Observer' harness for use with clip-on chest-type parachute packs. This is a genuine RAF/British manufactured example rather than more commonly found Canadian version. Cream/white webbing with a central green fleck and very faint King's Crown A.M. markings. Has the fully rounded QR box as fitted to wartime British harnesses. There is a faded lable marked with a serial number and 'Observer'. No backpad but these are relatively easy to source. A good used example. Increasingly difficult to find. Stock code P15453.