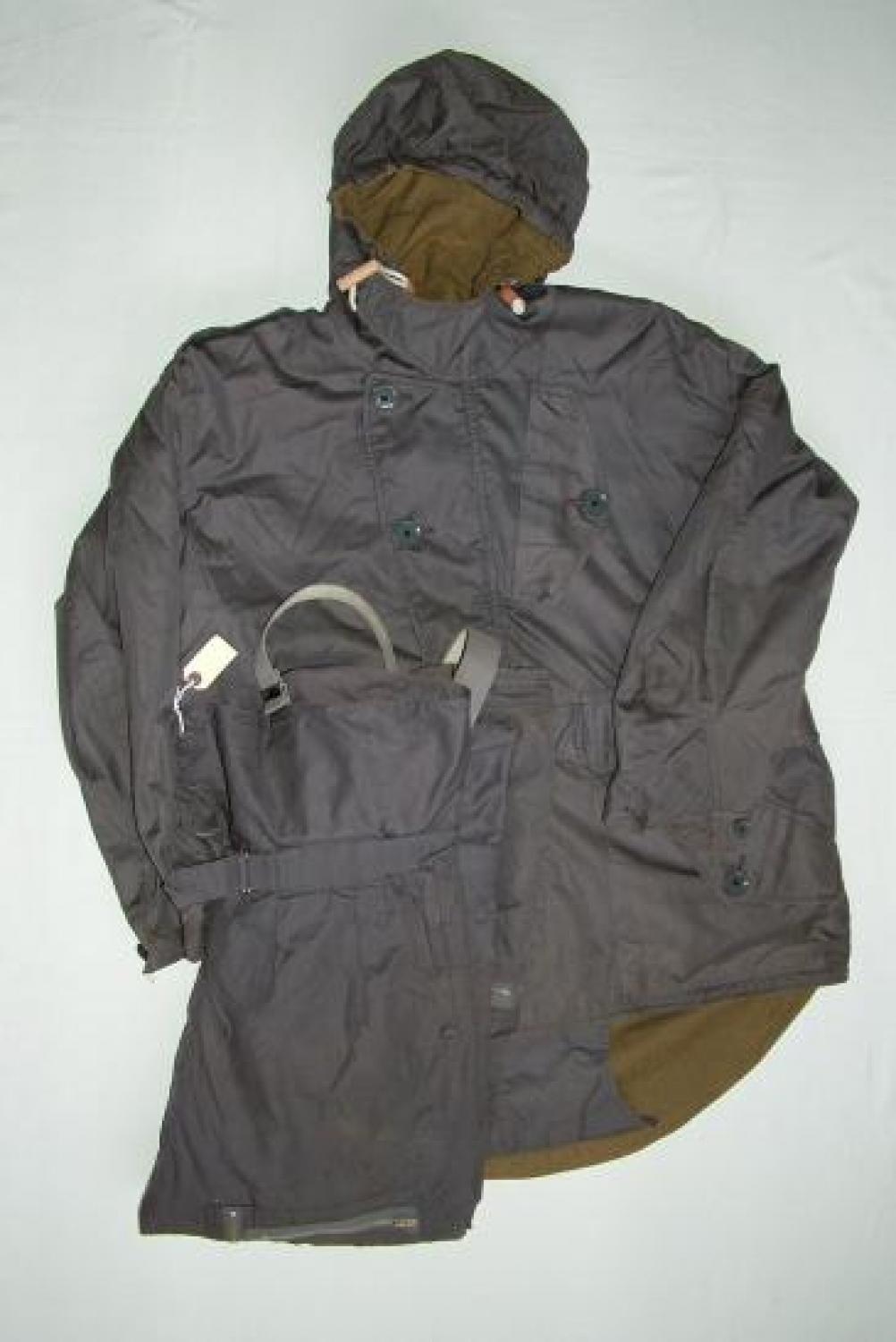 SOLD
Stores ref. 22c/1153 - 1160. Dating from the early/mid 1950s. Blue grey cotton hooded aircrew 'parka' style jacket with woollen blanket type lining. Full length zip with buttoned storm flap. Typical parka 'fishtail' to button through the legs. Large flapped map pocket on the left chest and buttoned pockets in the lower skirt area. Drawstring around the hood with wooden toggles. Integral belt with alloy buckle. The parka was issued with matching blue grey lightly padded trousers (hence 'overall'). High waisted and worn with braces. Zipped at the ankles and with various leg pockets. Both garments have had the labels 'officially' removed - these were purchased from the original owner who told us that he had to remove the labels from much of his kit due to the sensitive nature of some flights at the time. Amongst other things he flew Canberra B6s and Valiants with 49 Squadron as well as instructing on Valiants/Victors and Vulcan B2s. He had quite a distinguished career serving in Whitehall during the Falklands Conflict and as Chief of Staff in the HQ British Forces in Gibraltar. Interestingly he also flew several aircraft inclding the He111 & Me109 during the filming of the Battle of Britain in he late 1960s. Further information can be supplied to the buyer if desired. Both the jacket and trousers have only light soiling but no notable damage and very little wear. Overall condition is very good indeed. These early 'suits' are now very rare and desirable. The first complete suit we have had and only the second or third jacket. If it is lacking from your collection don't delay! Stock code S19102/3.