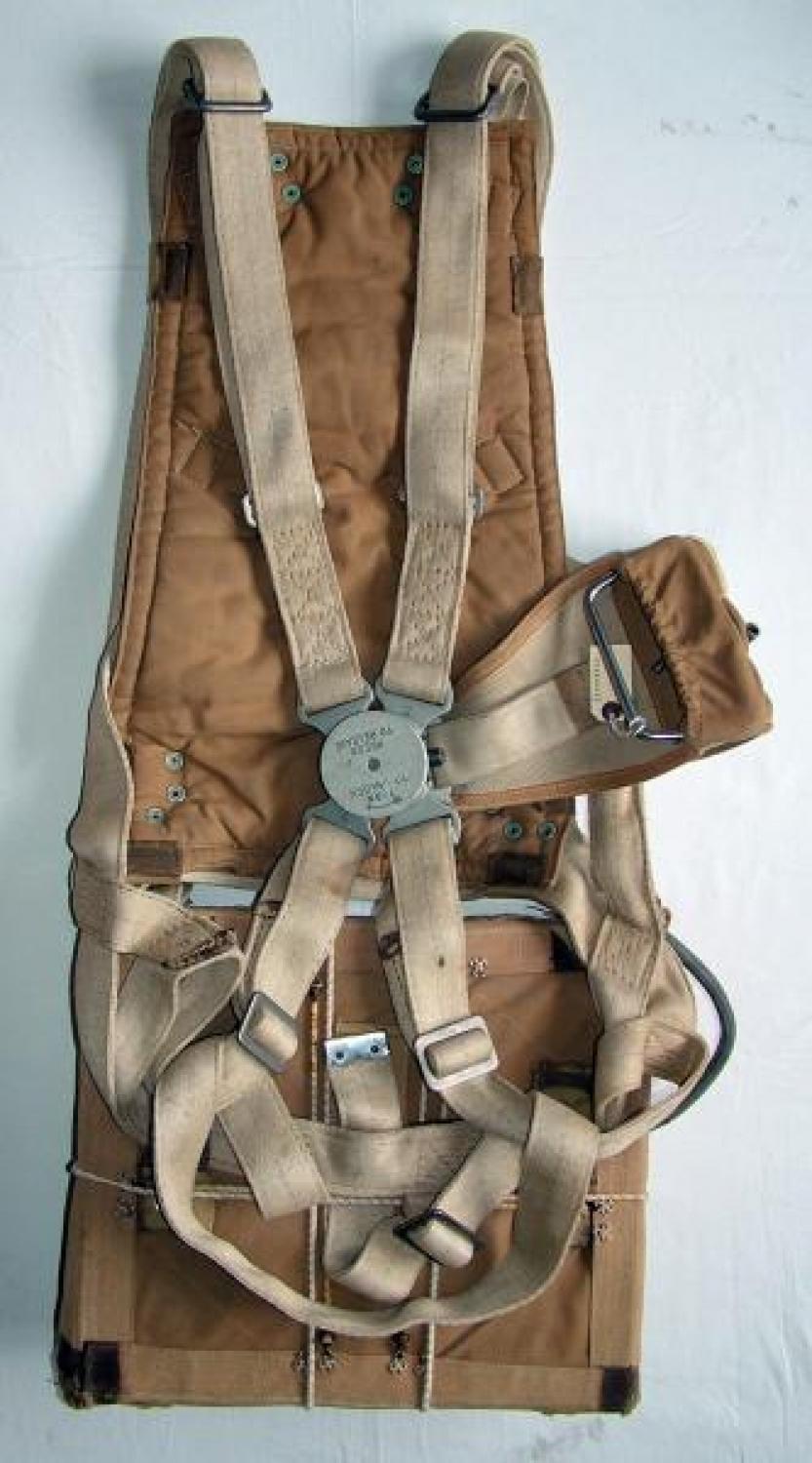 SOLD
By GQ. Parachute, Single point, quick release with seat pack. Commonly referred to as the 'pilot's parachute'. Classic white webbing with a central coloured thread fleck (various colours were used during the war). The harness is clearly labelled and reads 'G.Q Harness Type C, MK.2' with serial number and November 1953 date stamp. Correct fully rounded quick release box, ripcord housing, ripcord and handle. The parachute pack itself is in a the usual sandy coloured canvas with two cotton labels that read 'G.Q. Parachute Assembly, Seat Type MK.2' and 'G.Q. Pack, Type S. Mk.2 For Nylon Rigging Lines' Both labels have reference numbers and matching serical numbers to that on the harness indicating that these have always been together and are not made up. The pack is also dated November 1953. Fitted with bungees but has no canopy inside and is currently packed out with polystyrene to look the part. The assembly also has an Irvin made MK.1 backpad, again dated November 1953. Apart from minor wear and soiling this is in very good used condition throughout. Although postwar dated this is exactly the same pattern as those used during WW2. Other than three small date stamps there is nothing to indicate this is not a wartime assembly and it would look superb on any display or indeed for re-enactment purposes. It also represents excellent value for money being substantially cheaper than a wartime dated example. Stock code M18827.