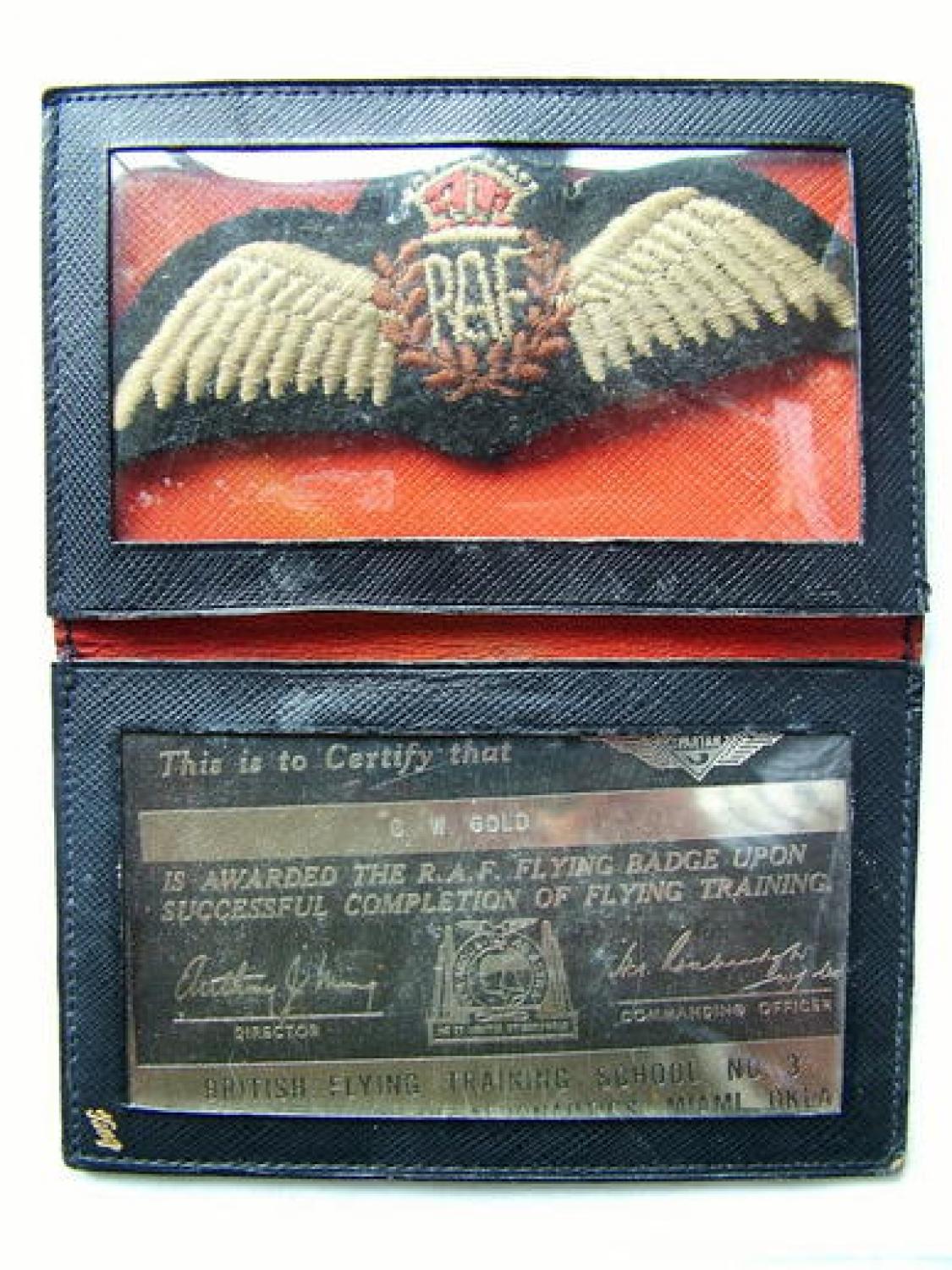 SOLD
Period leatherette ID type wallet containing a set of nice semi-padded pilot wings (used) and a metal 'certificate' issued at the British Flying Training School No.3, Spartan School of Aeronautics, Miami. This was issued to C.W. Gold when he was awarded 'The R.A.F. Flying Badge Upon Successful Completion Of Flying Training'. In June 1941 The Spartan Aircraft Company leased land for the Spartan School of Aeronautics. The school opened the following month conducting primary and advanced flying training. The Army Air Force unit at the school was the 322nd Flying Training Detachment. At some point prior to August 1944 the Defense Plant Corporation purchased the school (standard practice for all AAF contract flying schools) which ran until August 1945. This is the first card of this type I have ever seen. A super item. Stock code U15935.