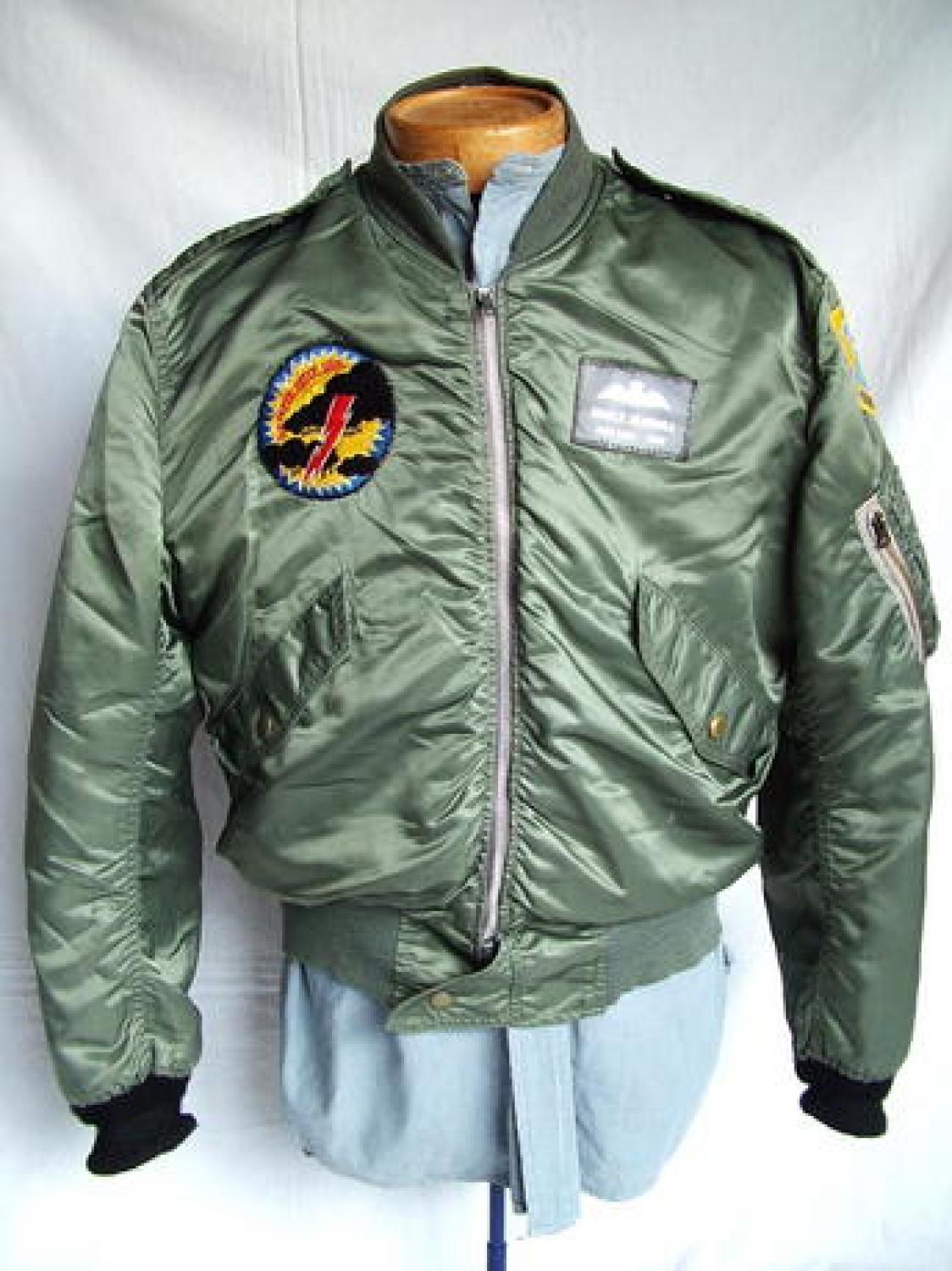 SOLD
USAAF L2-B Flying jacket in green nylon with an orange lining. Knitted collar, cuffs and waistband. Essentially it is very similar to the later, more commonly found MA-1 jacket but is not insulated and features a distinctive press-studded closure flap at the base of the main zip. The label is missing but the jacket physically measures approx. 46" under the arms (quite short though). Overall condition is very good although the cuffs have been replaced at some stage. This jacket belonged to RAF Squadron Leader John P Gledhill who flew Hurricanes and MK.22/24 Spitfires on ground attack/rocket attack missions in Burma during WW2. After the war he was seconded to the USAF flying F102 Delta Daggers with the 317th Fighter Interception Squadron in Alaska. The jacket has his RAF leather name patch, Alaskan Air Command sleeve patch, Delta Dagger sleeve patch and 317th Fighter Interceptor patch. Nice early nylon flight jacket with history. Stock code J15065.