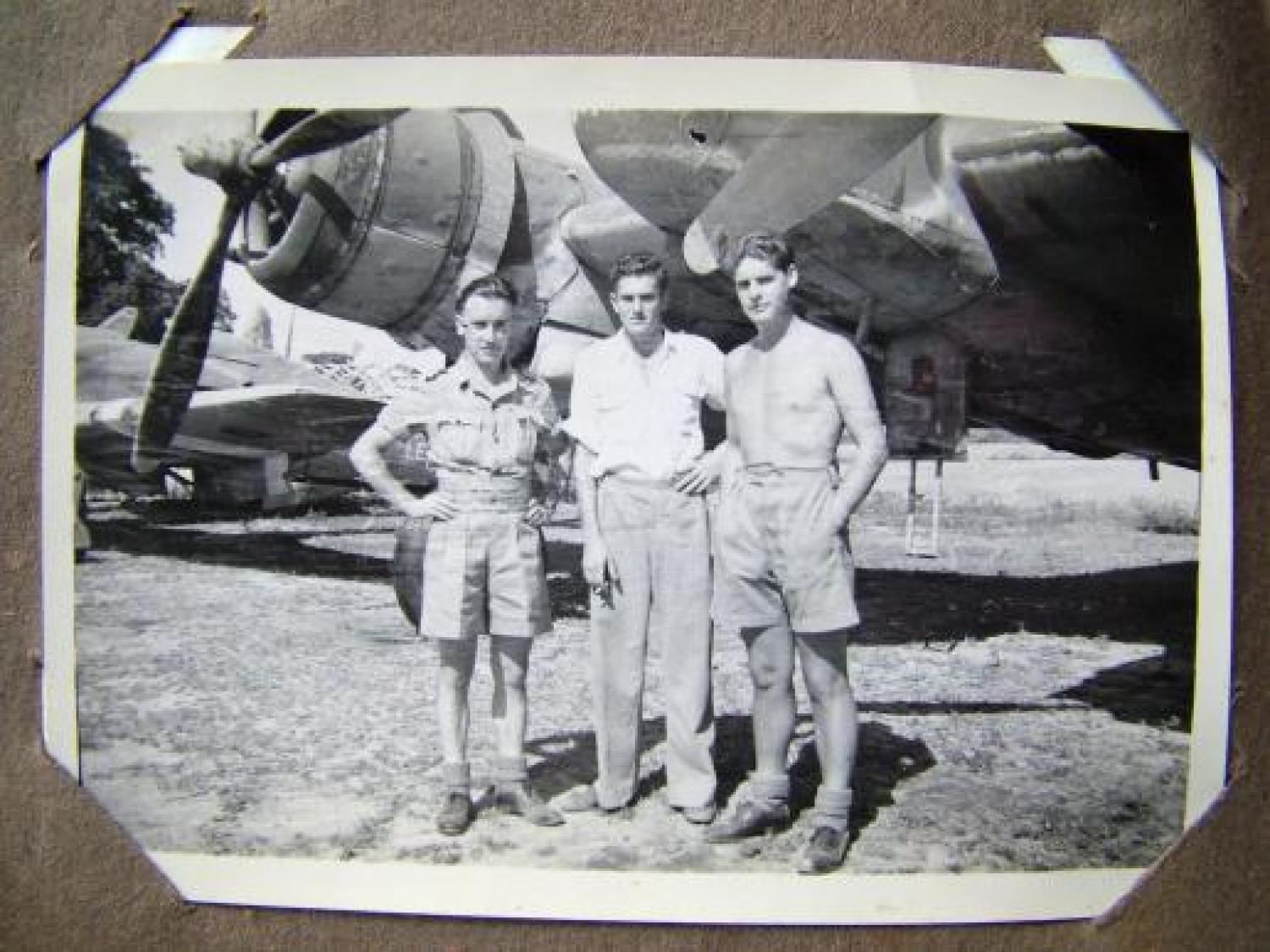 SOLD
Small photograph album, approx. 14 x 10cm. Inscribed on the inner front cover 'To Harold With Love From Mother, 7-7-39'. Contains approx. 34 small b+w photos of 'Harold' who was evidently part of RAF South East Asia Command and involved with 355, 356 and 358 Squadrons. Each of these were formed in India in August 1943, January 1944 and November 1944 respectively, many from the crews of 1673 HCU. 355 & 356 were bomber squadrons whilst 358 did only one bombing operation before becoming a 'Special Duties' squadron dropping agents and supplies behind enemy lines. Post VJ day they dropped supplies to POW camps, the squadron being disbanded in November 1945. The photos are generally around 8.5 x 6cm and some are captioned to the back in ink. There are a mixture of RAF personnel in tropical SD, local views, snake charming, a few with aircraft in the backround including a Mosquito, a Blenheim with Hurricane behind and 3 nice nose-art photos. These show B-24 Liberator VI aircraft of 355, 356 & 358 Sqdns. 'Sadie The Gun Moll' (355) has a reclining nude blonde with 30 bombs painted for the number of OPs; 'Glamour Girl' (356), serial number KN746G has a bikini wearing brunette and 'Rogues' Retreat' (358), serial no. EW287R has a bikini clad blonde visible through an open door. About a third of the photos have RAF connections (not including the ones where the airmen are watching a snake charmer). Some also show his wife/girlfriend and child (early postwar). The best photos are shown within this listing including the rare original nose-art shots. Stock code P18915.