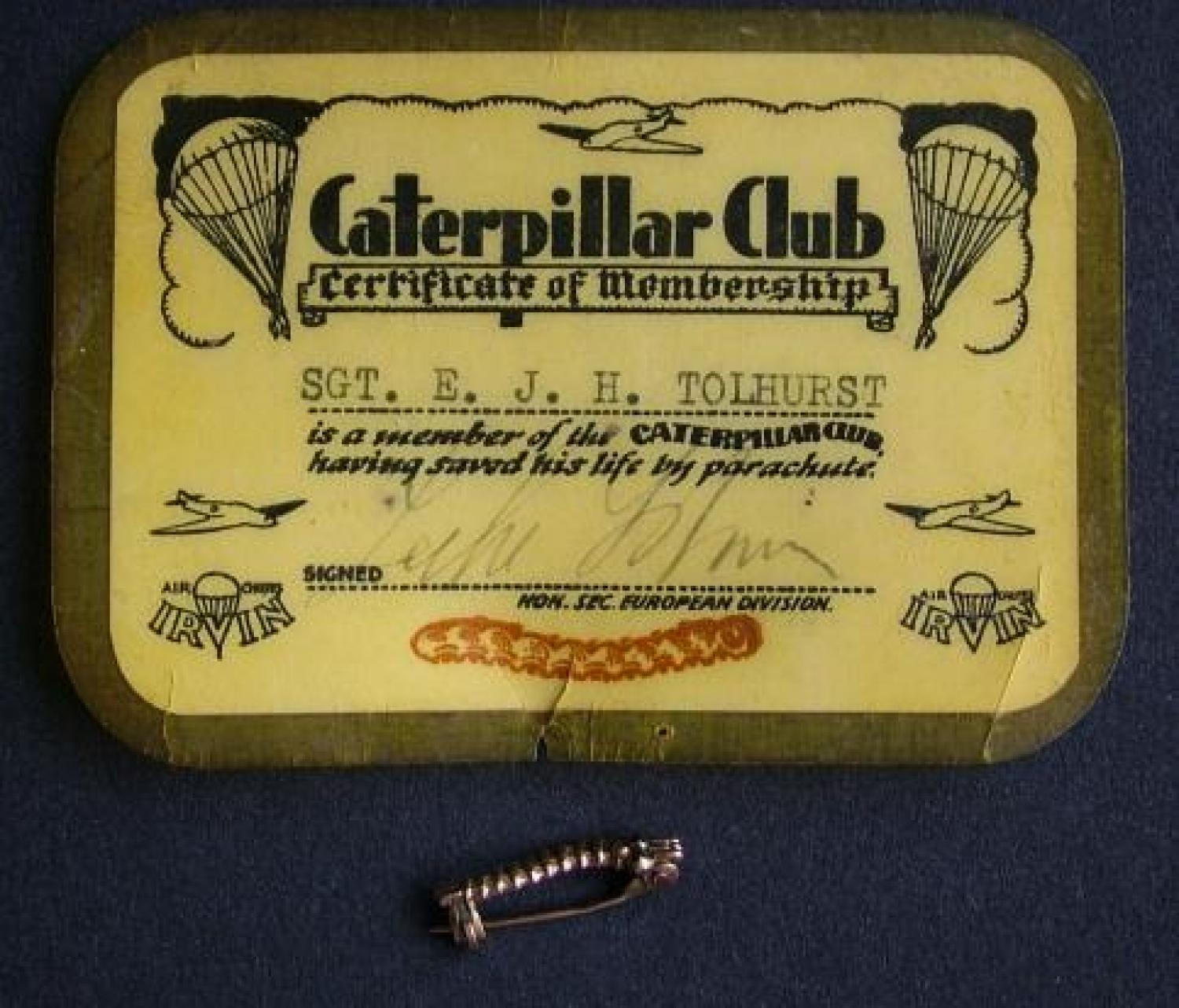 Awarded/named to Sgt. Edward James Henry Tolhurst, 907789. Tolhurst flew as an airgunner with 104 squadron, based at Foggia, Italy. Wellington MF 350 (EP-A) took off at 19.35 and was shot down during an attack on Herman Goering Werke, Linz on the night of 21st August 1944. Of the crew, Pilot F/Sgt. Henry James Potter RAFVR (1324962), Navigator Sgt. David Maxwell Herbert RAFVR (1802768) and Sgt. William Eric Davies RAFVR (1454522) were all killed and are buried in Klagenfurt war cemetary in Austria. Tolhurst and James ended up in Stalagluft 7 (L7), Bankau, on the far Eastern border of Germany. Their P.o.W numbers being 722 and 743 respectively. The 9 carat gold caterpillar badge with ruby/amethyst gemstone eyes is in excellent condition and engraved to the rear 'Sgt. E.J.H.Tolhurst'. The membership card is a little warped and has some edge cracking and wear. This again is named to Tolhurst and personally signed by Leslie Irvin. Rare to find and nice to have both card and badge together. Edward Tolhurst, known as 'Jim' died in 2007 at the age of 86. Stock code E15938.