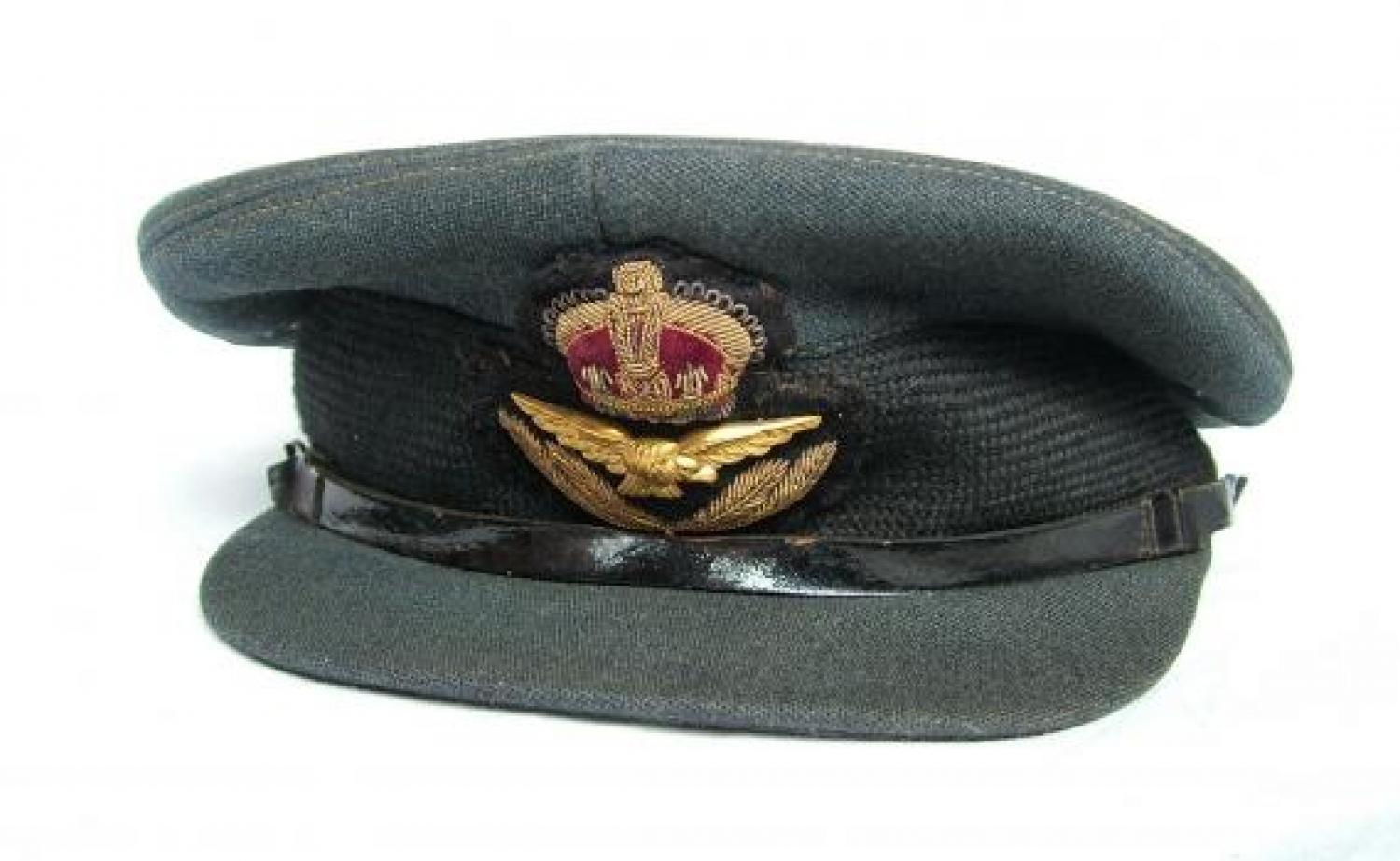 SOLD
Unknown maker. Smallish size - measures about 21.75" internally which relates to about 6 3/4. Standard peaked cap. Appears very good with just a little moth damage beneath the mohair band at the front (see photos). Retains good colour but is grubby. Good badge and mohair band. The lining and inner leather band are good. Plastic/greasepaper lining torn. This belonged to Frank R Cork RAFVR, DFC, and was purchased directly from the family. Frank Cork flew as an airgunner on more than 90 'OPs' , mostly with 57 Squadron (Methwold and Feltwell) on Wellingtons and Lancaster bombers. He was awarded the DFC in 1945. After the war he became Mayor of King's Lynn. He died peacefully at his home in 2012 aged 94. Overall, a good used cap. Stock code U18345.