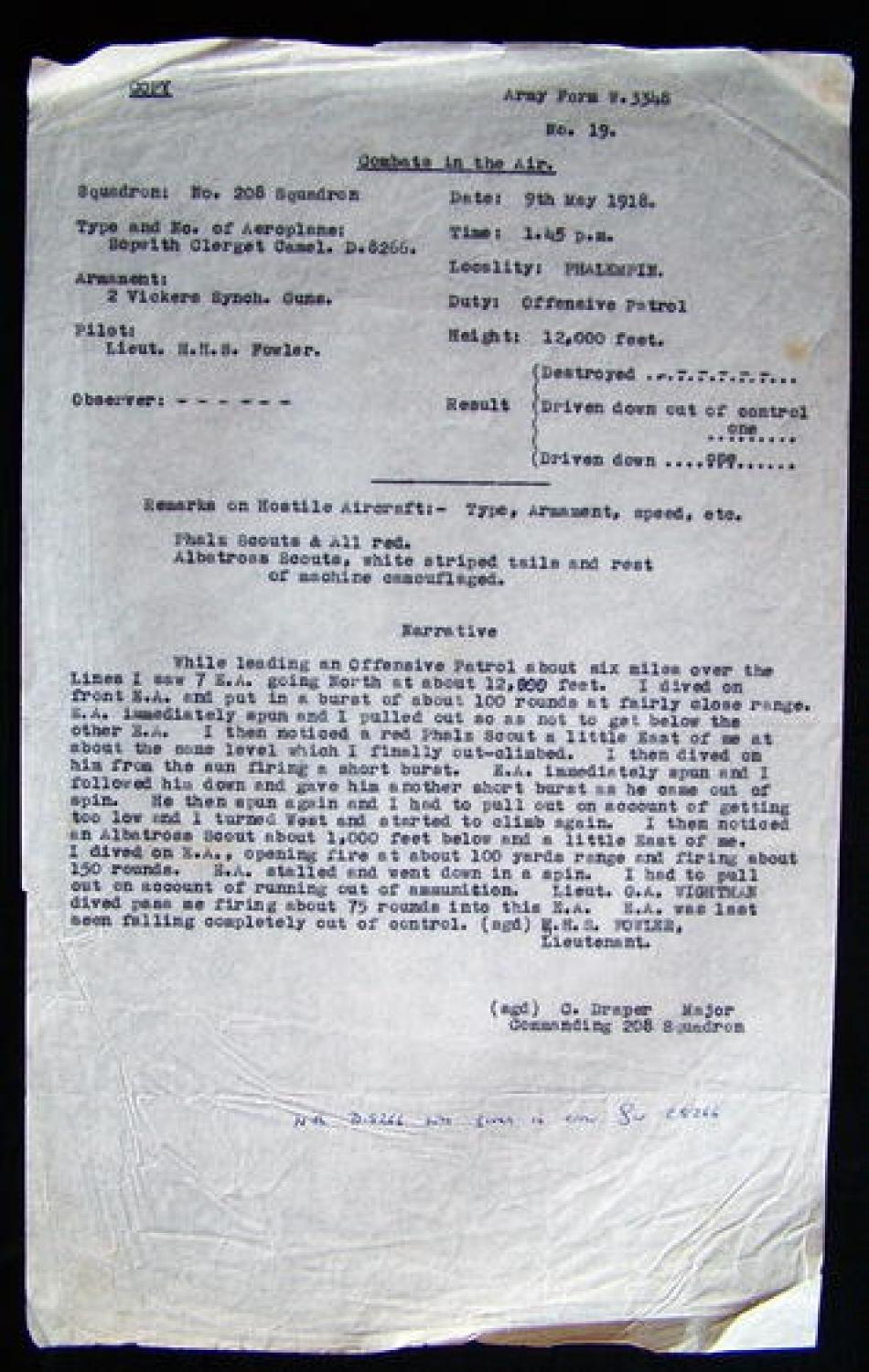 SOLD
Army Form W.3348. Foolscap. Typed undercopy. 'Combats in the Air'. Report by the pilot, Lieut. H.H.S. Fowler of 208 Squadron who was flying a Sopwith Clerget (engined) Camel (D.8266) on May 9th 1918. He was on an offensive patrol in the locality of Phalempin (Northern France). His report states 'while leading an offensive patrol about 6 miles over the lines I saw 7 EA going North at about 12,000'. I dived on front EA and put in a burst of abut 100 rounds at fairly close range. E.A. immediately spun and I pulled out so as not to get below the other E.A. I then noticed a red Phalz Scout a little East of me at about the same level which I finally out-climbed. I then dived on him from the sun firing a short burst. E.A. immediately spun and I followed him down and gave him another short burst as he came out of spin........ I then noticed an Albatross Scout about 1000' below and a little East of me. I dived on E.A., opening fire at about 100 yards range and firing about 150 rounds. E.A. stalled and went down in a spin....... E.A. was last seen falling completely out of control'. Claim - one EA driven out of control and one EA driven down. The report in not signed by Fowler or the Squadron CO. The very thin paper is a bit dog-eared and creased. This came in with some WW1 research material and the researcher has annotated the report in ink (philestine!) 'NB D.8266 was given in error for C8226'.
A rare original WW1 Combat Report. Stock code P11065.