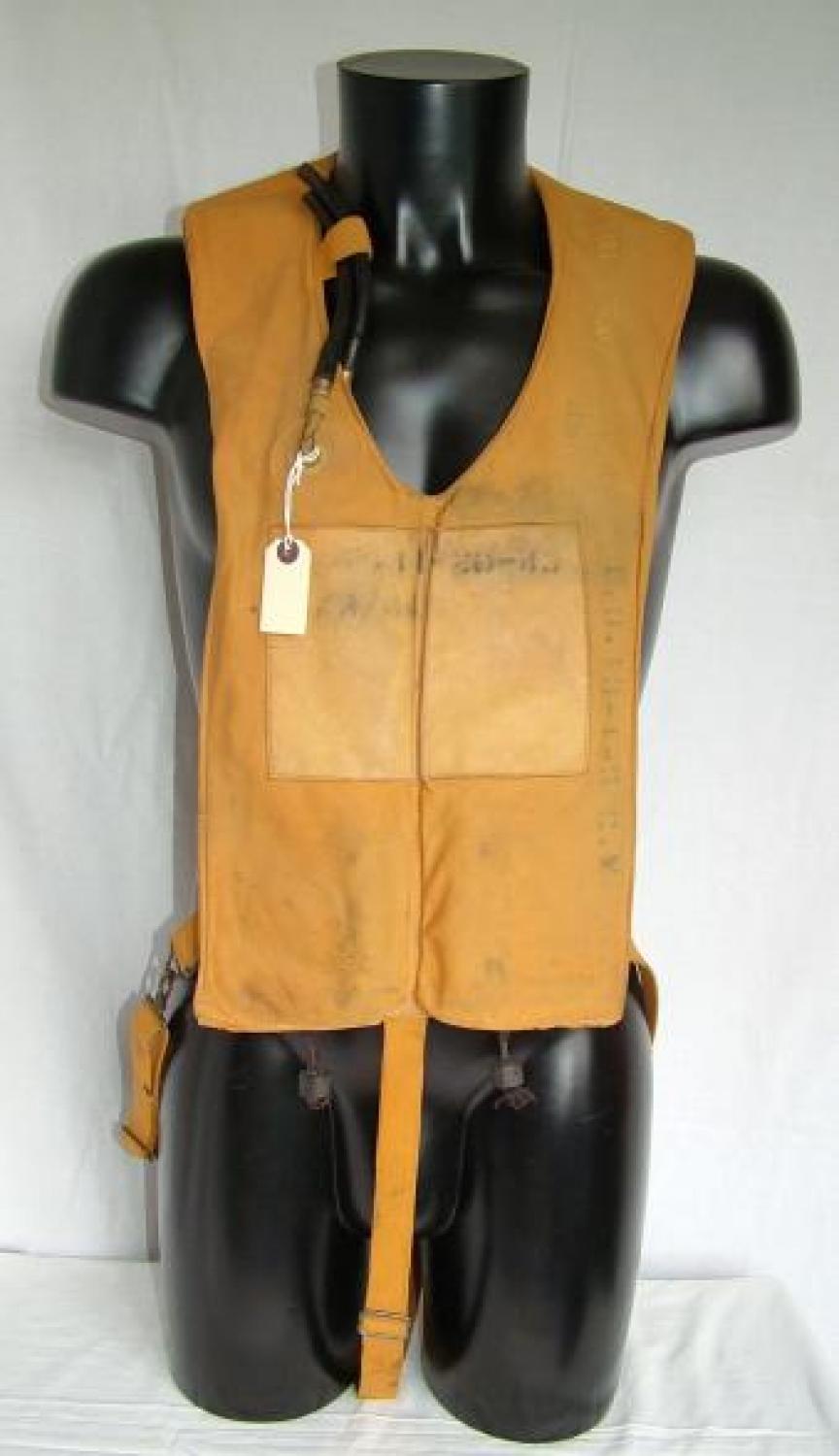 SOLD
The B-3 was standardized in early 1938. It was of the horse-collar style design with double compartments of yellow cotton fabric each containing pneumatic rubber bladders provided with an automatic CO2 inflation system, and with separate mouth inflation tube. Waist and crotch straps provided. The material is generally good if rather soiled. It retains all of its straps in good order (the B-3 pattern had no neck strap) The CO2 bottle holders are in position complete with screw-on covers. Evidence/glue residues where dye marker or shark bait packs have been removed. Both inflation tubes/valves are present. The tubes are flexible but do have surface cracks. Faintly stencilled with type, manufacturer and January 1942 date. There are other later inspection dates (1942/43). The downside is that the bladders have been removed. Presumably they had perished and at some point the lower edges of the lifevest have been opened in order to extract the bladders. You can see where the vest has been re-sewn. This leaves the lifevest rather 'floppy' but does not affect display. The B-3 is now extremely rare to find. The later B-4/AN6519-1 is far more common. Reasonable overall condition. Re-listed due to non-paying customer. Stock code MW19045.