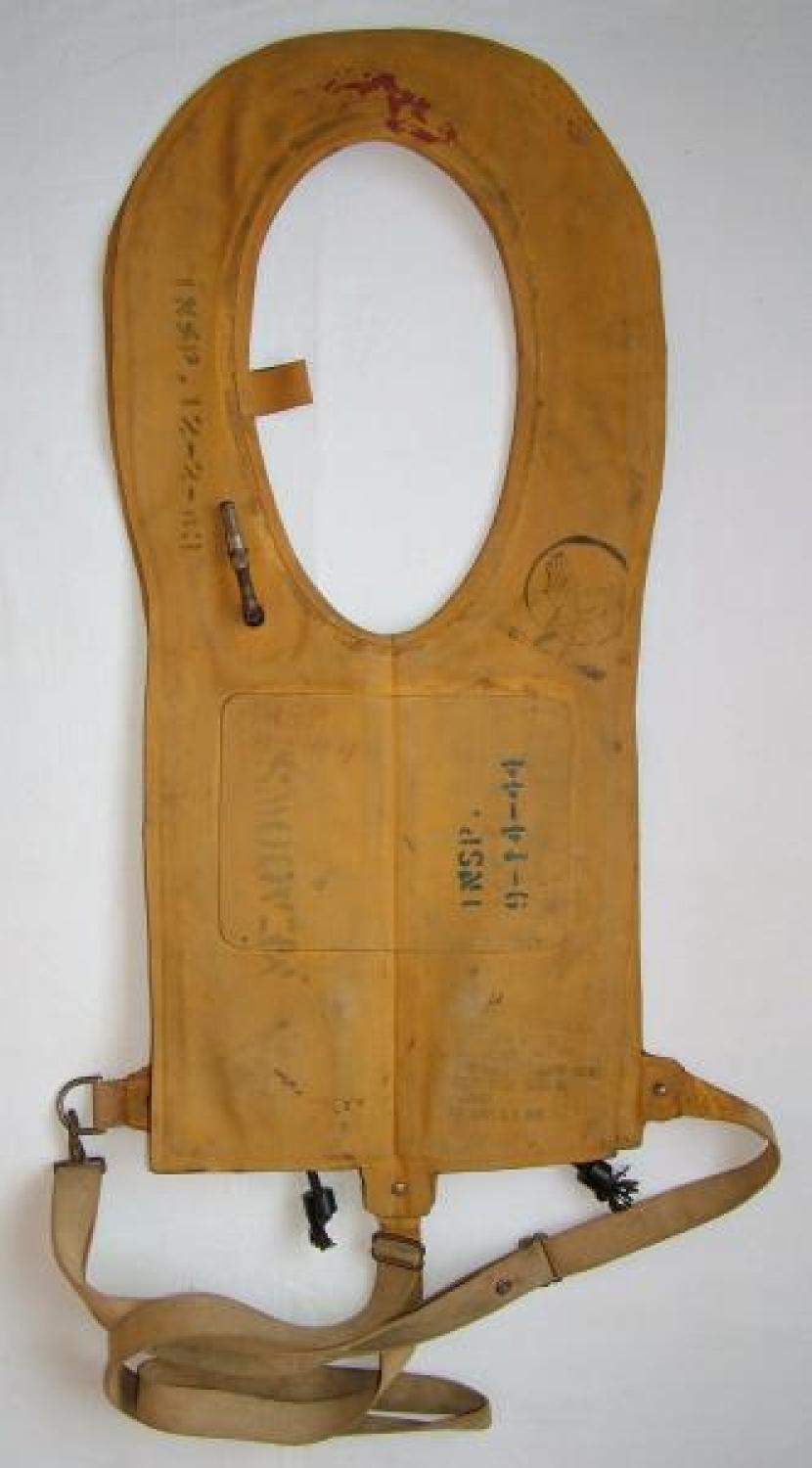 SOLD
By The United States Rubber Co. Fully AAF marked. Dated Jan. 1943 with later inspection dates in 1944 and 1948. The material is a bit grubby and marked but retains reasonable colour. It retains good flexibilty but has some splitting at the waist strap attachment point on the left side. This part has broken away from the right side and has been re-stitched (see photos). It retains all of its straps and the CO2 bottle holders with pull strings and the screw-on covers. The rear inflation valve is missing as are both rubber inflation tubes but it would be very easy to mock these up for display. This is an early version B-4 that was never fitted with the 'neck' strap. Many early variants were 'modified' with the additional strap and later production examples had them incorporated at the factory. Overall this is a reasonable used life-vest. Stock code MW18612.