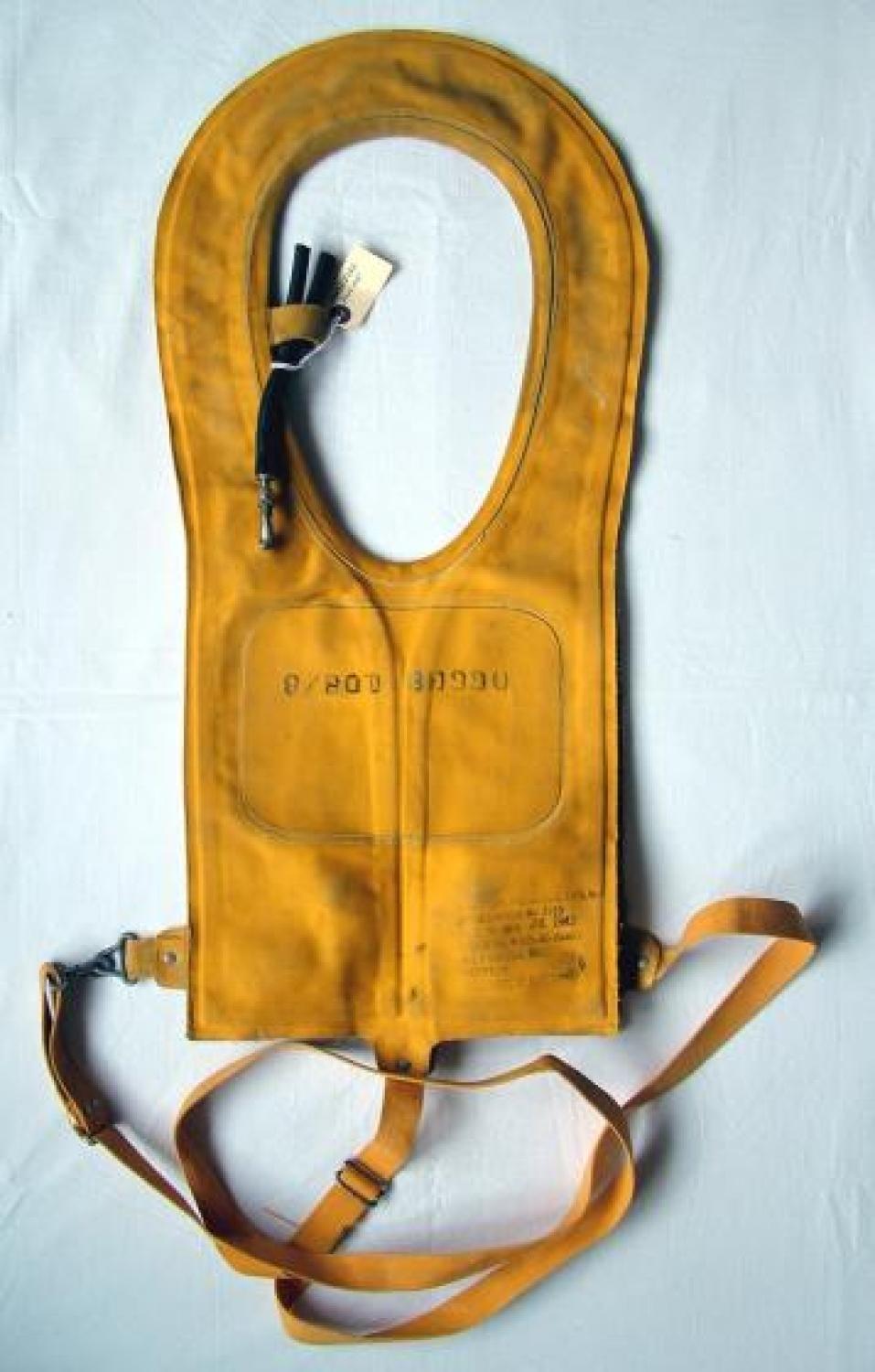 SOLD
Fully AAF marked. Date of manufacture is July 1943. The material remains very flexible and has quite good colour and only light soiling. It retains all of its straps in good order (early pattern with no strap at the neck). The CO2 bottle holders are in position complete with screw-on covers but only 1 string remains (not attached). Both inflation tubes/valves are present and in good condition. Stencilled to side with owner's name, S/Sgt. J. Besso). Supplied by us, this lifevest has just been used in a film production 'Adrift - 47 Days With Sharks!' - the true story of 2 AAF airman (Louis Zamperini & Russell Phillips) who crashed into the pacific ocean in May 1943. They survived for 47 days adrift in a survival dinghy encountering thousands of miles of open ocean, sharks, thirst, hunger, strafing enemy aircraft and eventually capture by the Japanese Navy. Filming took place off the coast of Malta during May/June this year and the film was shown in the USA on Discovery on 14th August. Viewers in the UK will have to wait until next year. Very good overall condition and the film company told me that it operated and held air well! Stock code MW18242.