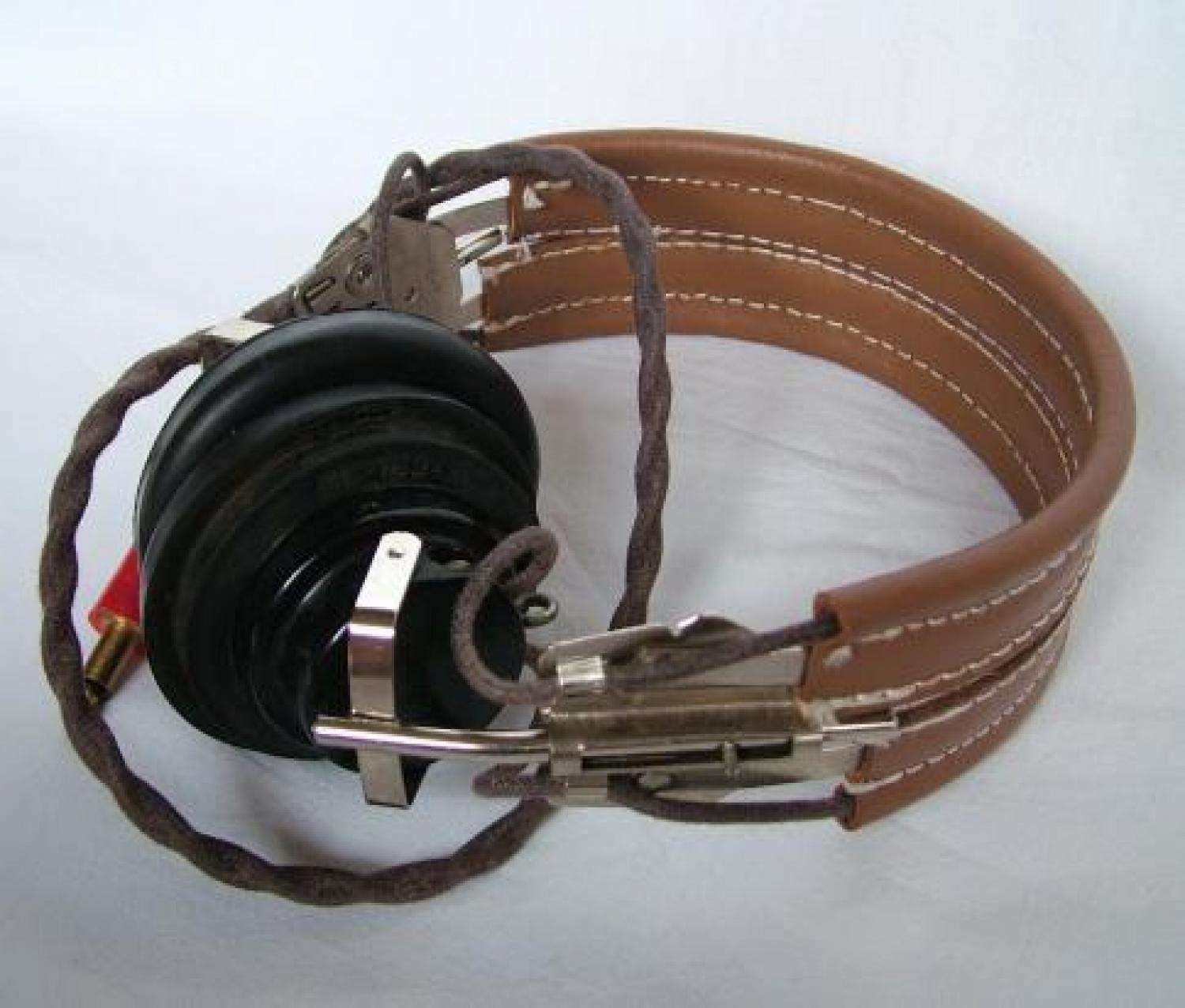 SOLD
Standard aircrew headset often seen worn by bomber pilots over the '50 mission crusher' cap. Fully wired with Headset HS33 loom, red PL354 jackplug and ANB-H-1 receivers by Western Electric/The Rola Company Inc. Also fitted with a good pair of MC-162A rubber cushions. The headset shows only very light use and is in excellent condition throughout. This particular headset has just been used in a film production 'Adrift - 47 Days With Sharks!' - the true story of 2 AAF airman (Louis Zamperini & Russell Phillips) who crashed into the pacific ocean in May 1943. They survived for 47 days adrift in a survival dinghy encountering thousands of miles of open ocean, sharks, thirst, hunger, strafing enemy aircraft and eventually capture by the Japanese Navy. Filming took place off the coast of Malta during May/June this year and the film was shown in the USA on Discovery on 14th August. Viewers in the UK will have to wait until next year. Stock code H18243.