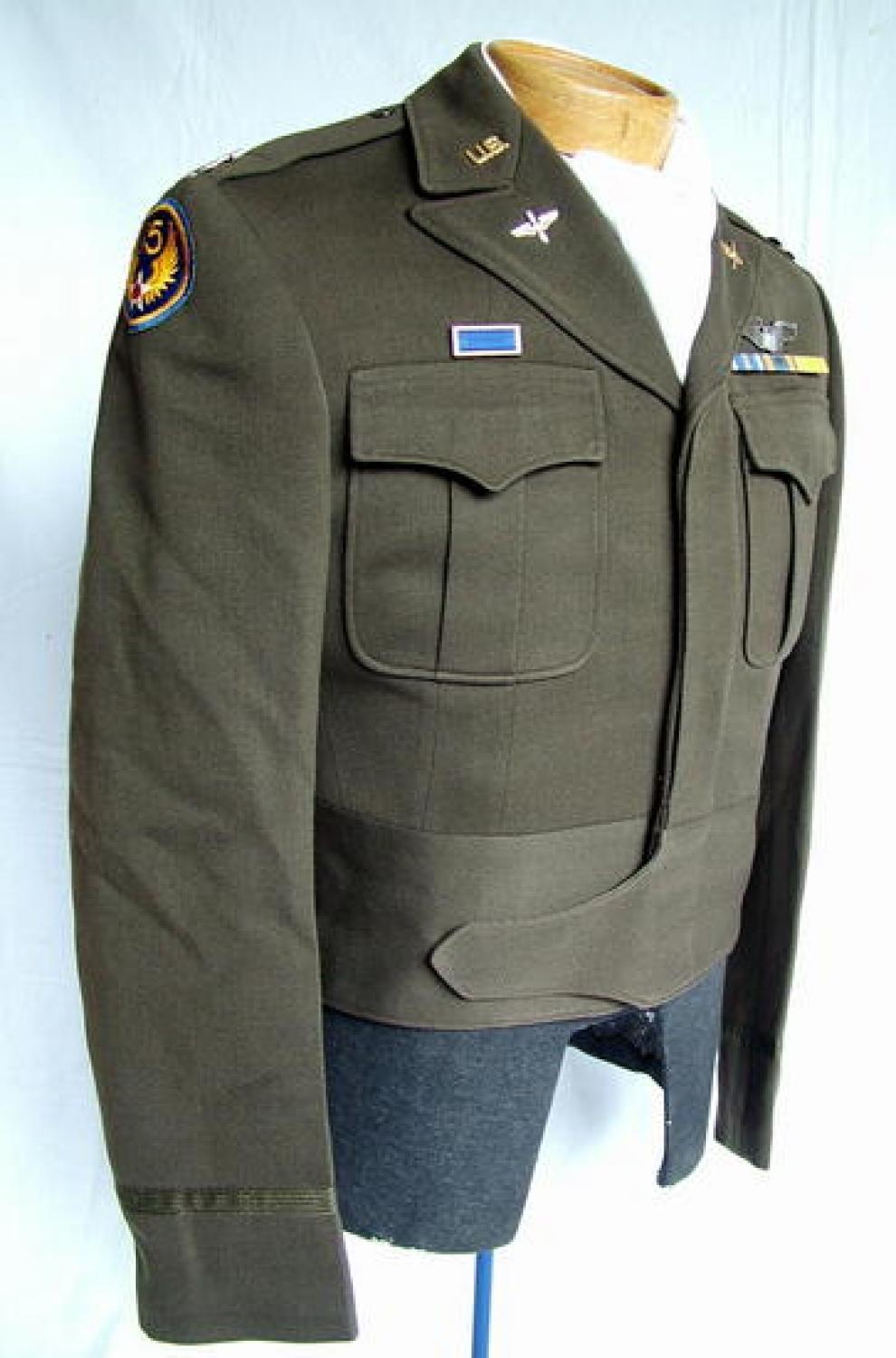 SOLD
Coat, Elastique, O.D., Dark, Officers. 37R. 1944 dated. Lovely dark green 'chocolate' 'Ike' jacket. It would appear to have been carefully tailored from a standard 4-pocket tunic. Fitted with pin-backed Captain rank bars, clutch backed 'U.S' and 'Winged Props' (Sterling clutches), embroidered felt AAF patch and fully embroidered 15th AAF patch. Also has a very good Sterling marked pin-backed pilot wing, 3 overseas bars, distinguished unit citation badge and ribbons for DFC, Air Medal and Oak leaf cluster and Defense Service medal. There is evidence of another medal bar but this is missing. Overall condition is very good bar a few moth nips. No serious problems at all. Named to the owner, Edward John Murphy who was assigned to the 757th Bomb Squadron of the 459th Bomb Group. He was stationed at Cerignola piloting B-24s on raids on Ploesti, Monte Casino and Munich amongst others. Comes with a typed sheet of information relayed from his daughter that suggests his aircraft was badly hit with flak causing him to belly land the aircraft in Hungary. He was taken POW until the end of the war. Post-war he flew as a pilot for Southern Airlines and as a flight instructor during the Korean war. He was also active during the Cuban Missile crisis and retired in the mid 1970s as a Colonel and commander of the 159th Fighter Squadron. He died suddenly in 1992. Comes with a small photocopy photograph of him at Rankin Field (with other aircrew) and a photocopy photo of him in 1973. There is also a photocopy of a letter he wrote to his parents upon release from the POW camp. Stock code U15491.