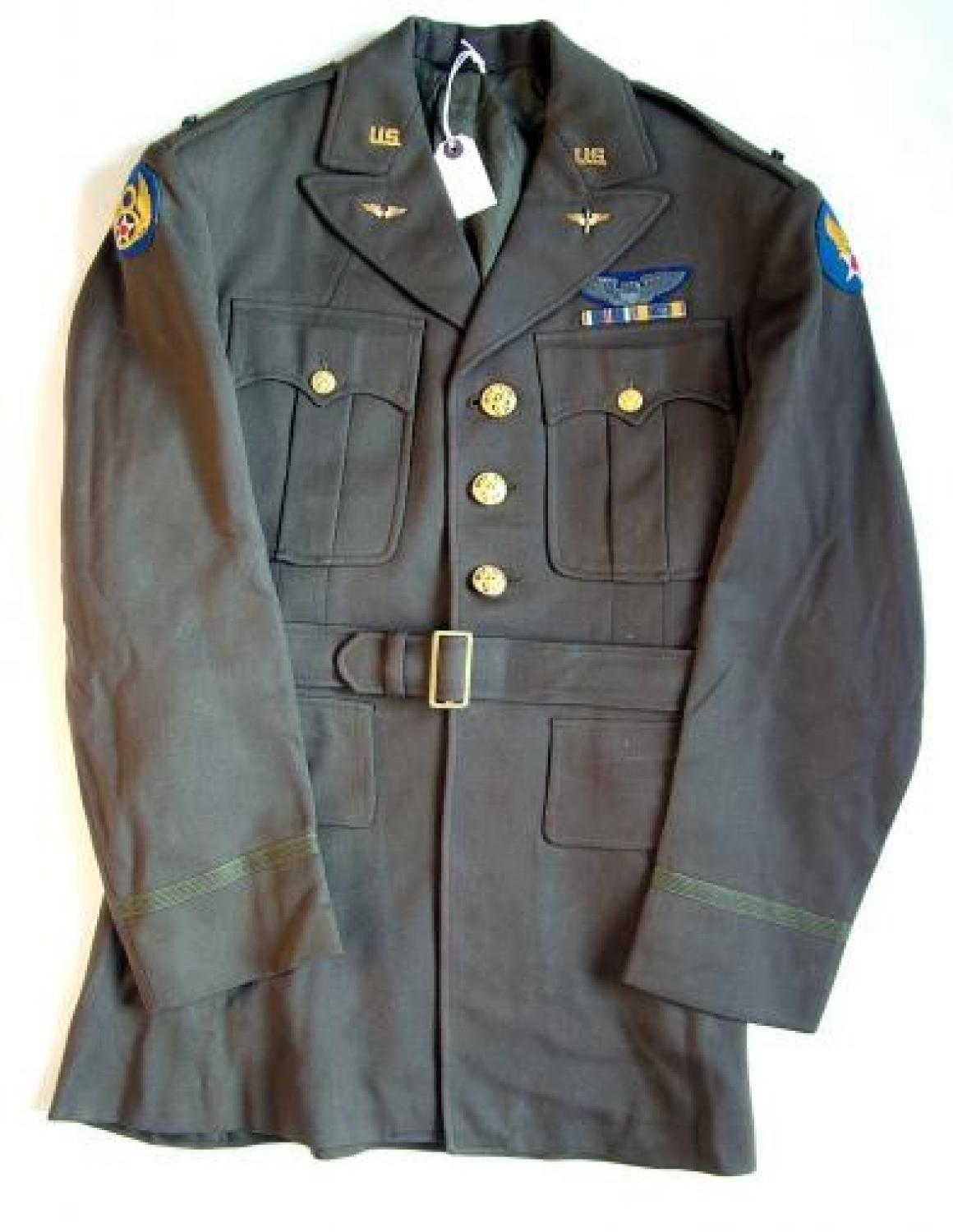 SOLD
Four pocket dark olive drab 'chocolate' tunic by Kahn Tailoring of Indianapolis. May 1942 dated. Standard tunic with English made felt 8th/AAF shoulder patches, clutch-backed 'US' and winged-propellor collar dogs and sterling marked pin-backed first Lieutenant rank bars plus ribbons for the DFC and Air Medal with oak leaf. In addition there is a nice silver bullion wire pilot wing and a sterling marked pin-backed red cross badge under the right lapel. Very good used condition. Labelled inside 'Post Exch. Napier Field, 5/44, No. 22434' and named to Eugene B DuGar. DuGar flew P-51 Mustangs with the 350th Fighter Squadron of the 353rd Fighter Group. They flew out of Raydon in Suffolk (Station 157). The group flew fighter-bomber, escort, and counter-air activities, participating in the Battle of the Bulge (December 1944-January 1945) and the airborne attack across the Rhine (March 1945). The 353FG flew combat missions until the end of April 1945. DuGar had two taxiing accidents in June 1945, 2/6/45 in P51D15, 44-15519 LH-H 'Jayne' and 30/06/45 in P-51C1 42-103302. Reports on both accidents can be purchased through aviationarchaeology.com. They run to 19 & 14 pages and are $25 each. DuGar married Margaret Campbell of St. Louis in October 1946 and lived in Cleveland, Ohio. A very nice tunic worthy of further research. Stock code U13932.