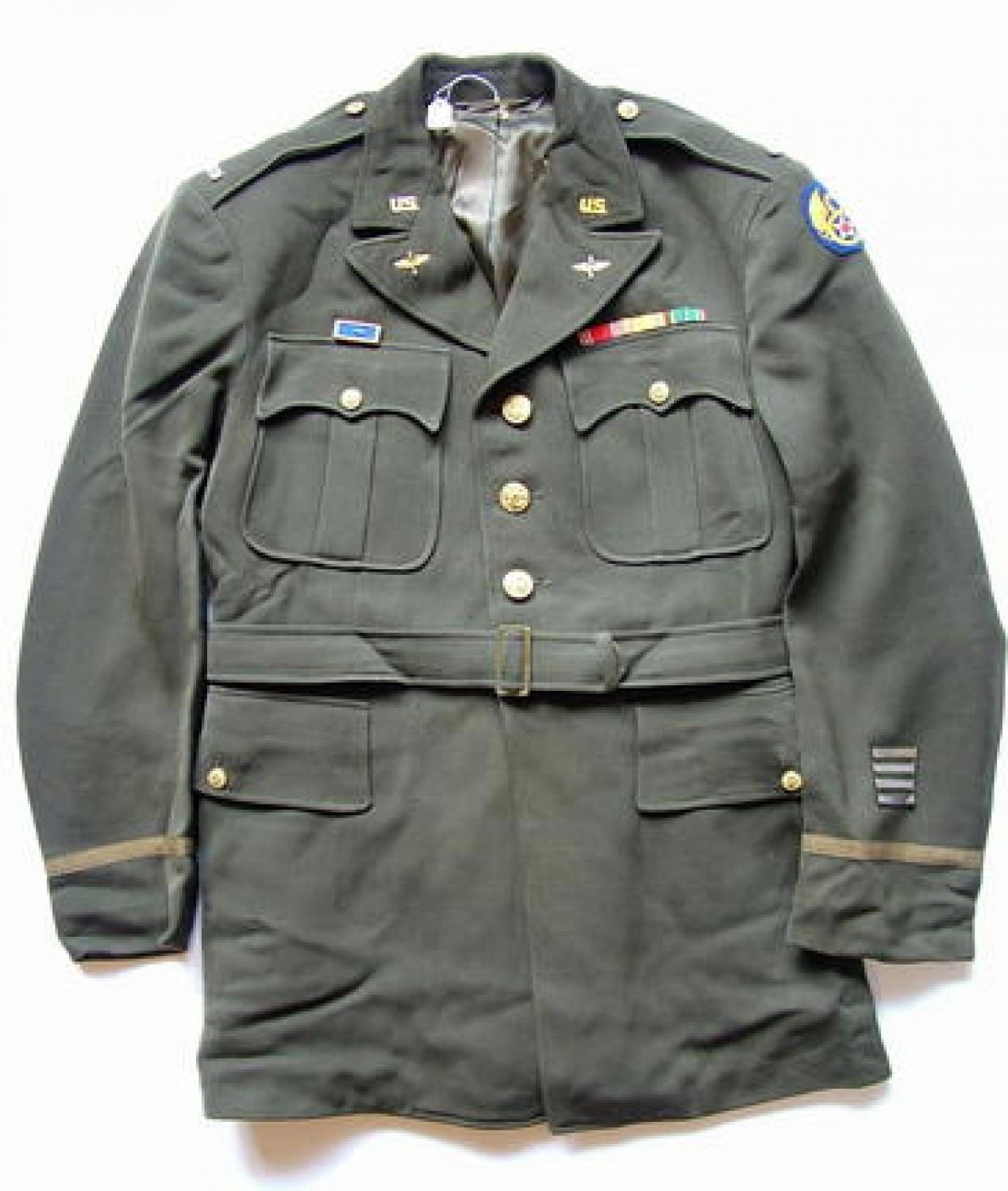 SOLD
Four pocket dark olive drab 'chocolate' tunic by Kahn Tailoring of Indianapolis. November 1942 dated. Standard tunic with English made felt 8th patch, clutch-backed 'US' & winged-prop collar dogs and sterling marked pin-backed first Lieutenant rank bars plus ribbons for Good conduct, American defence and ETO medals. In addition there is a distinctive unit citation badge with oakleaf and stripes for 2 years overseas service. The overall appearance is quite good but the front is peppered with small moth nips/holes. This jacket belonged to Edward C Owen who began his military career with the Yankee Division, 101st Field Artillery, F Company, later becoming a clerk with the 8th AAF (822nd Air Engineering Squadron, 446th Air Service Group - Kings Cliffe, Northants). It is nicely labelled to him, complete with tailors monogrammed label inside. It comes with a small selection of snapshots of him - some in uniform. There is also a large group photo of him as a cadet, approx. 25 x 75cms with all the personnel identified/autographed. In addition there is a letter from his wife and a few souvenirs of his time over here including a programme from the Theatre Royal Peterborough (March 1945), another for Basket Ball finals at the Royal Albert Hall, London c. March 1945 - tournament conducted by Special Services UK Base and the US Red Cross - lists the 8th AAF & Base depot teams and even includes a typed insert listing the players. In addition there are VE and VFE Day souvenir programmes from RAF Wittering that lists the squadron's victories for the war and gives a programme of events including a football match between the RAF & USAAF, film show and so on. We have also listed the same officer's 'Ike' jacketand other photos/ephemera on this site. Stock code U13932.