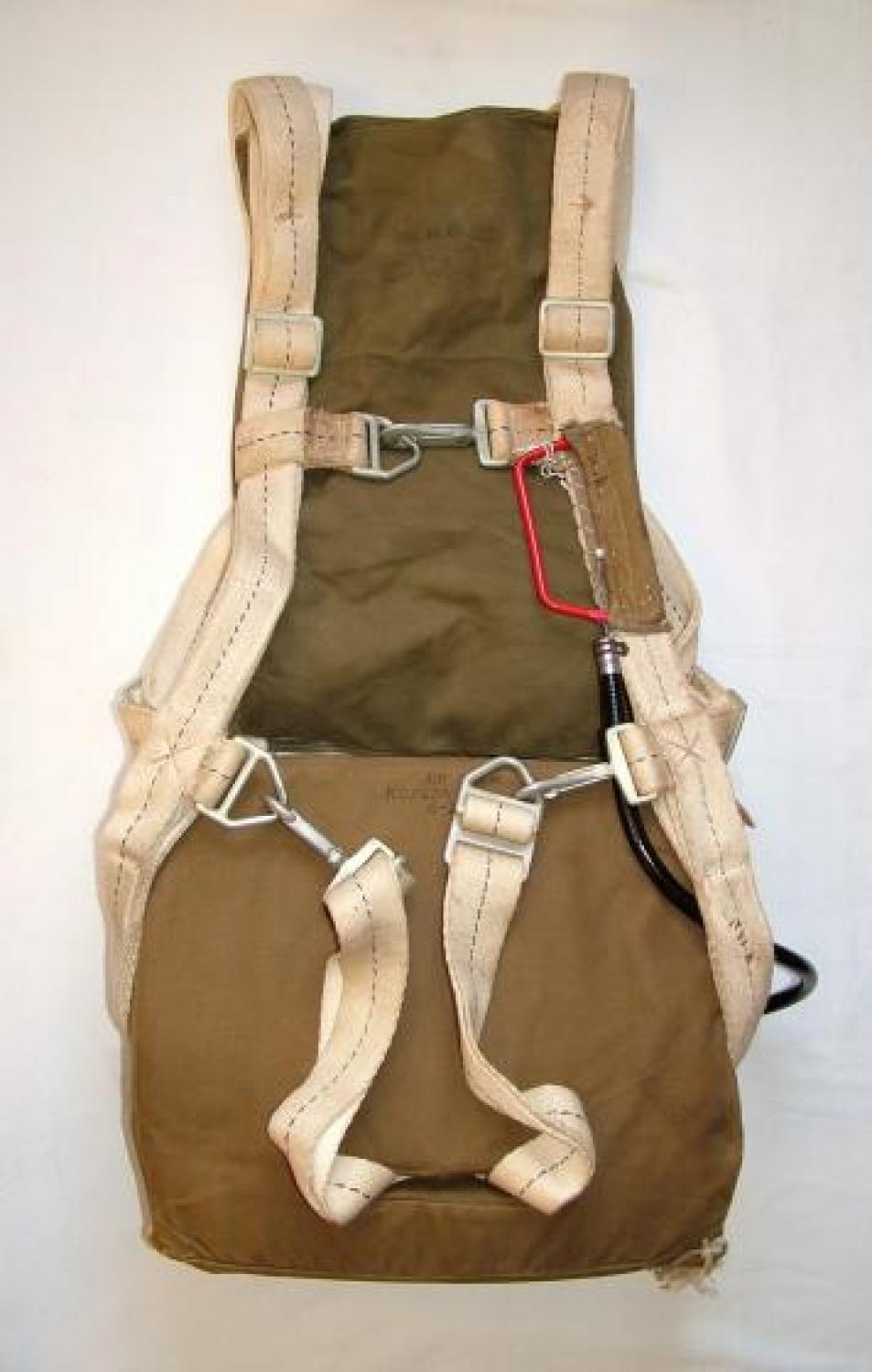 SOLD
By the Switlik Parachute Company. Consists of the full harness, backpad, seat pack with bungees, canopy with drogue, seat cushion, ripcord assembly and log book. The harness is generally in excellent used condition. It has Switlik Parachute Co. markings and is dated May 1943. This is the earlier type of harness with clips (dog-lead style) rather than the later Q/R box type. The backpad, part no. AN4202013 is in very good clean condition. The pack is also by Switlik and is in excellent condition with June 1943 date and serial number 154338. This contains the original Switlik 24' white canopy that is complete with the rigging lines and drogue parachute canopy. Both the drogue and main canopy have a clear June 1943 date and the same serial number as the pack indicating that this has always been together as an assembly. It hasn't been modified, made-up or put together. The seat cushion has been modified (Air Foam Koylon Filled) and is dated 1946. The assembly is complete with the correct ripcord/handle and housing. The pack has original bungees. Finally there is a log book (Irvin, rather than Switlik) - this has the same serial number noted and is named to a Eugene Kupetz. It has entries from July 1946 through to February 1950. I would guess this is a replacement log after the first one was filled. This is an impressive display piece in excellent original condition. We have a total of 28 photos of this item so ask if you need to see more. Stock code M19534.