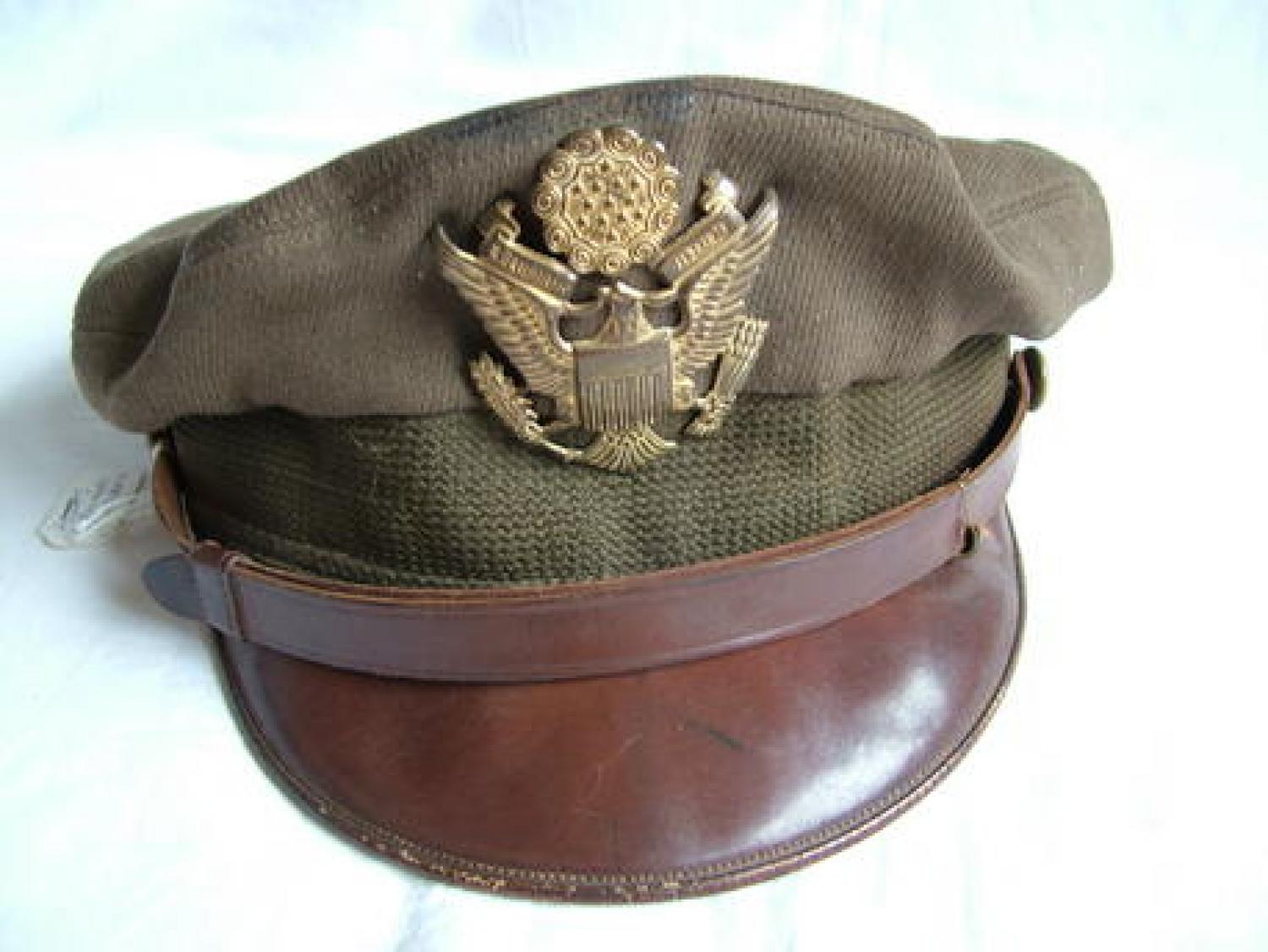 SOLD
Smallish size. Chocolate olive drab wool/gabardine with a dull yellow satin lining. Mid tan leather bill/visor and straps - one strap retention band is part missing. Soiled crown but appears to be moth free. The centre underside of the peak shows grime from handling/use. Bancroft Flighter markings to the inner leather band. Nice badge that has been individually 'shaped' at the edges. Named to Bob Kraut with part of his service number - very faintly on the underside of the peak. R.C. Kraut was a bombardier with the 55th Bomb Wing, 15th AAF in Italy flying on B-17G's. The cap comes with a small b+w photo of Kraut in his A-2 jacket wearing this hat. This is a true crusher cap with the single thickness of leather on the peak making it very flexible. Bancroft 'Flighters' are generally acknowledged as the cream of AAF caps. Good used overall. Stock code U11680.