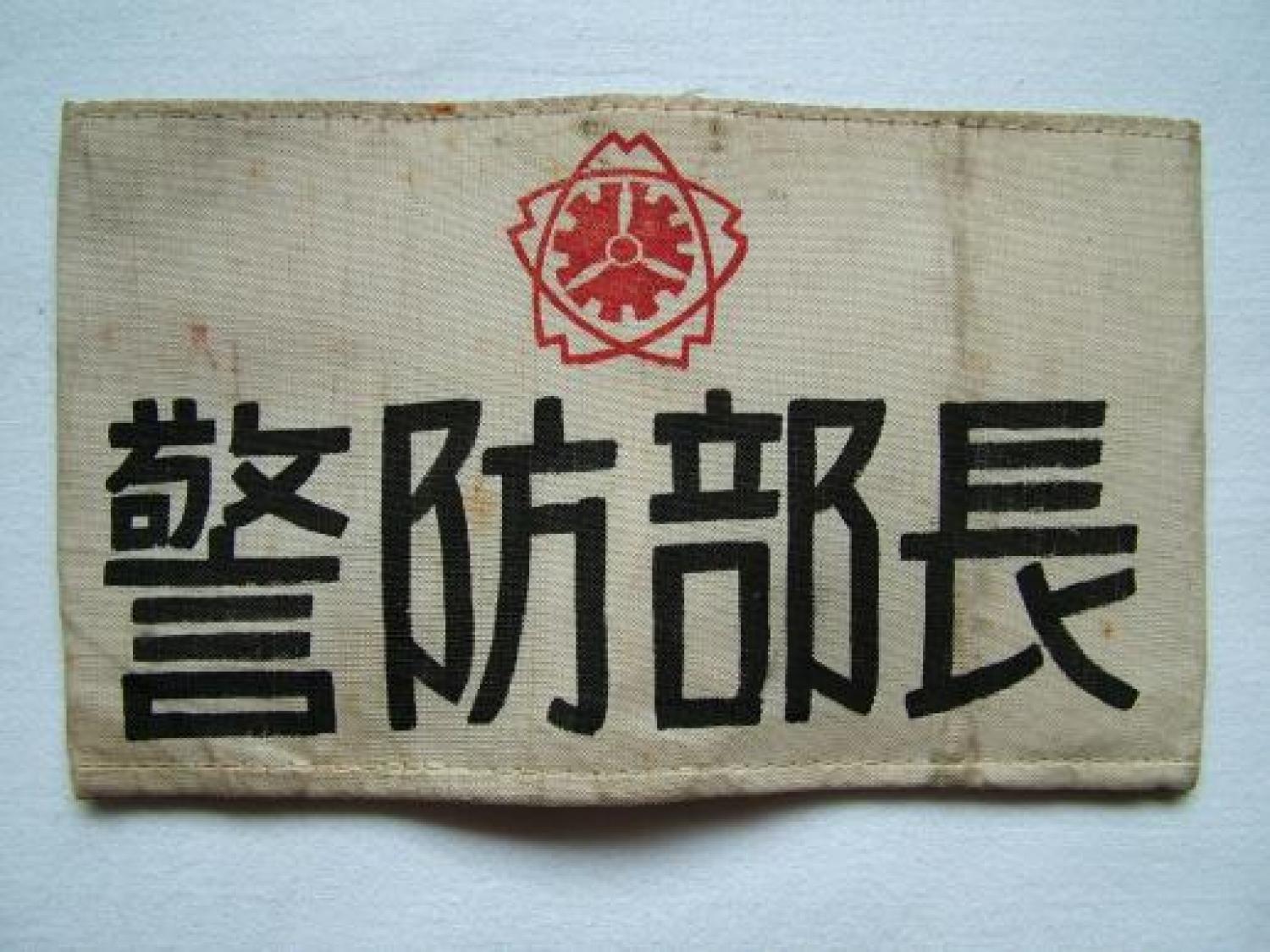 SOLD
Silk armband aprpox. 33 x 9cm. Fully hemmed edges with brass eyelets at each end to allow for a tying cord. Marked with some form of propellor motif/logo and Japanese Kanji to one side and the same logo but differing text on the reverse. Blue ink notation to one end reads '1945-1946, IWA-KHUNI, JAPAN'. The armband is reputed to have been taken from Iwakuni airbase at the end of the war. The Japanese government commissioned the naval air base in July 1940. It was initially used as a training and defence base. In September 1943 a branch of the Etajima Naval Academy was established, with approximately 1,000 cadets undergoing training in the Basic, Junior and Senior Officer's schools at any one time. Shows age, light wear and some soiling but in good overall condition. Stock code M17787.