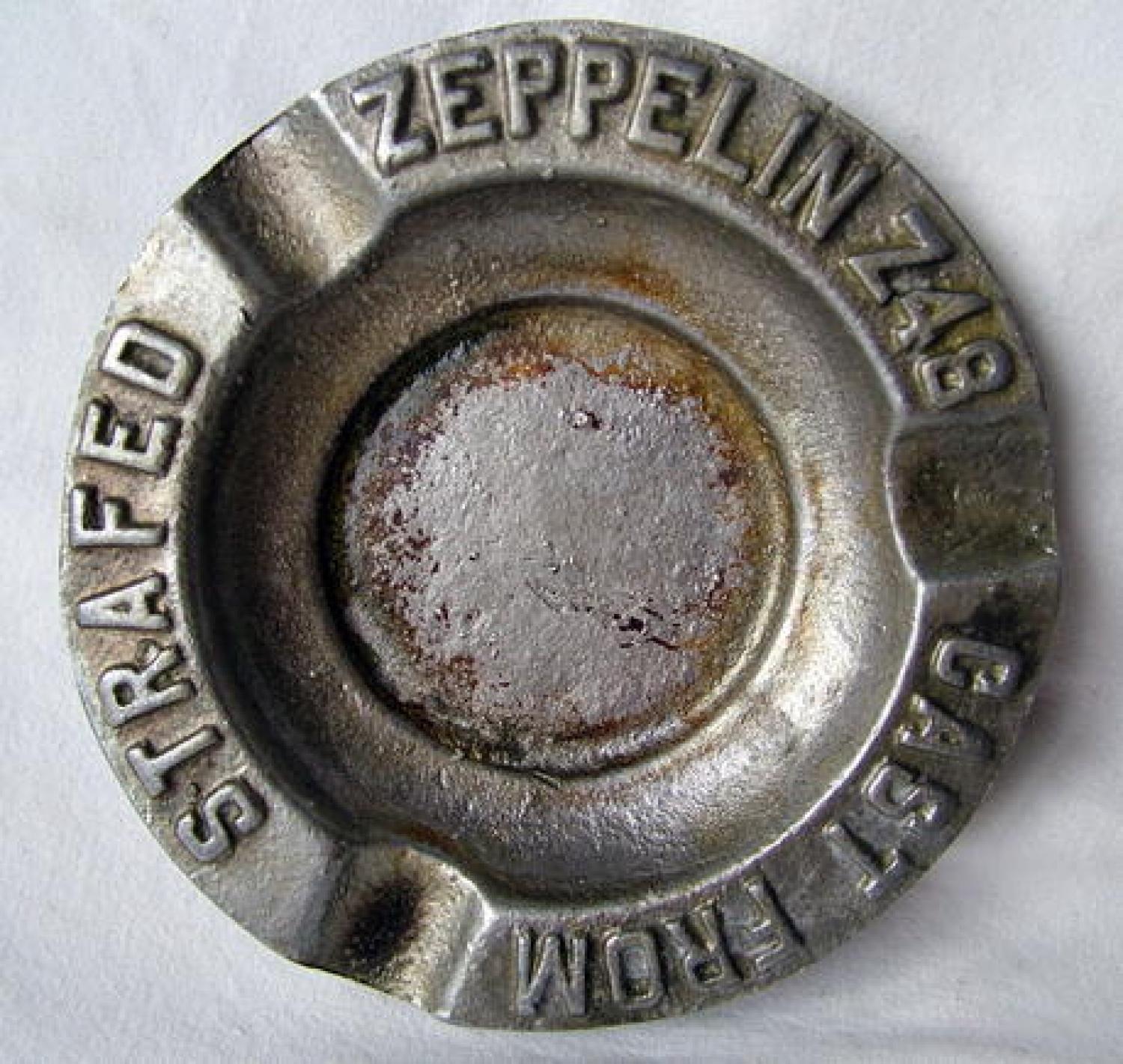 SOLD
Small ashtray cast from alloy taken from 'L48', the last Zeppelin to fall in England. It crashed on 17th June 1917, shot down by Lieutenant L.P. Watkins R.F.C. in a BE12 fighter. L48 crashed in flames at Holly Tree Farm, Themberton, Suffolk. Sixteen of the crew were killed but three survived by jumping clear as it hit the ground. One of these three later died from injuries sustained. The ashtray is approximately 10.5cm in diameter and has the wording 'Cast From Strafed Zeppelin Z48' around the edge. It is in good used condition although it should be noted that there appears to have been some sort of varnish applied. Presumably for preservation purposes. Comes with a photostat of a postcard of the crashed Zeppelin. Stock code M16957.