Thursday July 11th 1940, 75 years on from the Battle of Britain.
Squadron Ldr. Peter Townsend's (left in photo) Hurricane of 85 Sqdrn. was shot down during an attack on a Dornier 17. He baled out to fight again. Others that day were not so fortunate. Sgt. F.J. P. Dixon of 501 Sqdrn. baled out but sadly drowned, Pilot Officer G.T.M Mitchell was shot down during combat and his body was later washed ashore. Flight Lt. P.H. Barran's Spitfire (609 Sqdrn) was damaged during combat with a Me109. He baled out and landed in the sea but was badly burned and although rescued, died shortly afterwards.
Let us not forget their sacrifice. 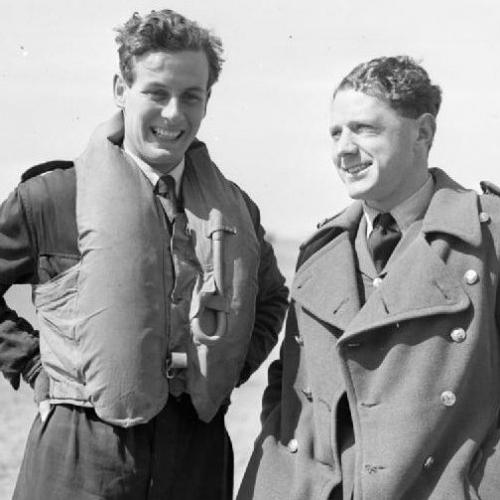