He shared a Ju88 'kill' off Hornsea on the 8th July but lost his life just 8 days later at the age of 22.  Sgt. Main was beginning a night patrol off the Yorkshire coast when engine failure on take-off caused his Hurricane (P2995) to clip telegraph wires, crash and burn at Copmanthorpe Wood near York at 00.52am.  He died in the crash and the aircraft was written-off. Sgt. Main was cremated at Dundee crematorium. 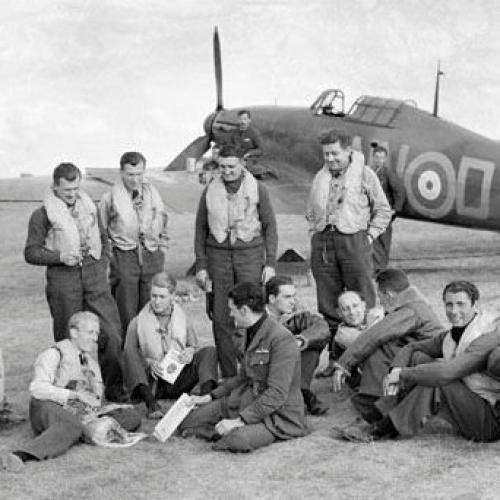