Flying Officer Charles David Peel (90199) joined 603 AuxAF Squadron early in 1938 and was called up for regular service in August the same year.  75 years to this day he took off in Spitfire K9916 from RAF Turnhouse on an operational sortie never to return.  He was just 21 years of age and is commemorated at the Runnymede memorial, panel 6.

Squadron Leader John Ralph Alexander Peel (33011) is widely credited as having fired the first shots during the Battle of Britain.  He went to RAF College Cranwell in September 1930, graduating in July 1932.  He then joined 19 Squadron at Duxford.  By early 1940 he was given command of 145 Squadron at Tangmere.  75 years ago to this day his Hurricane P3167 was damaged by return fire from a Ju.88 near St. Catherine's Point (Southernmost point on the Isle of Wight) but he returned to base unhurt.  By the 7th August Peel had a shared 'kill' of a Do.17. On the 11th of the same month he was shot down over the English Channel but rescued by the Selsey lifeboat.  Later in the war he shared 'kills' in another Do.17 and a Ju.88, claimed two Ju.87s and a Bf109.  Awarded the DFC on 13th August 1940 he went on to claim 2 more Bf109s and was appointed wing leader at Kenley. He was shot down again in July 1941 but was rescued off the French coast and was back leading the wing the following morning.  He was awarded the DSO in August 1941. This Peel was considerably more fortunate than his namesake retiring from the RAF as a Wing Commander in 1948 and surviving to the age of 92 (died 2004) 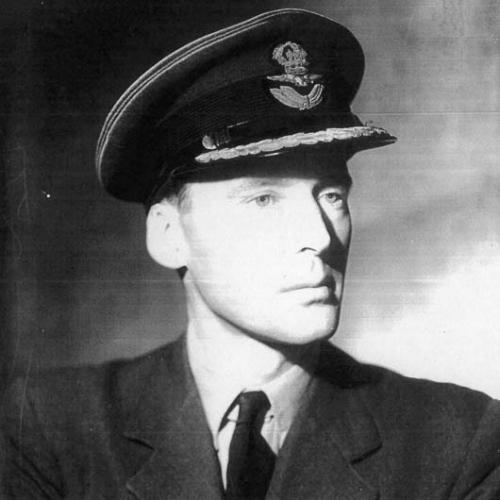