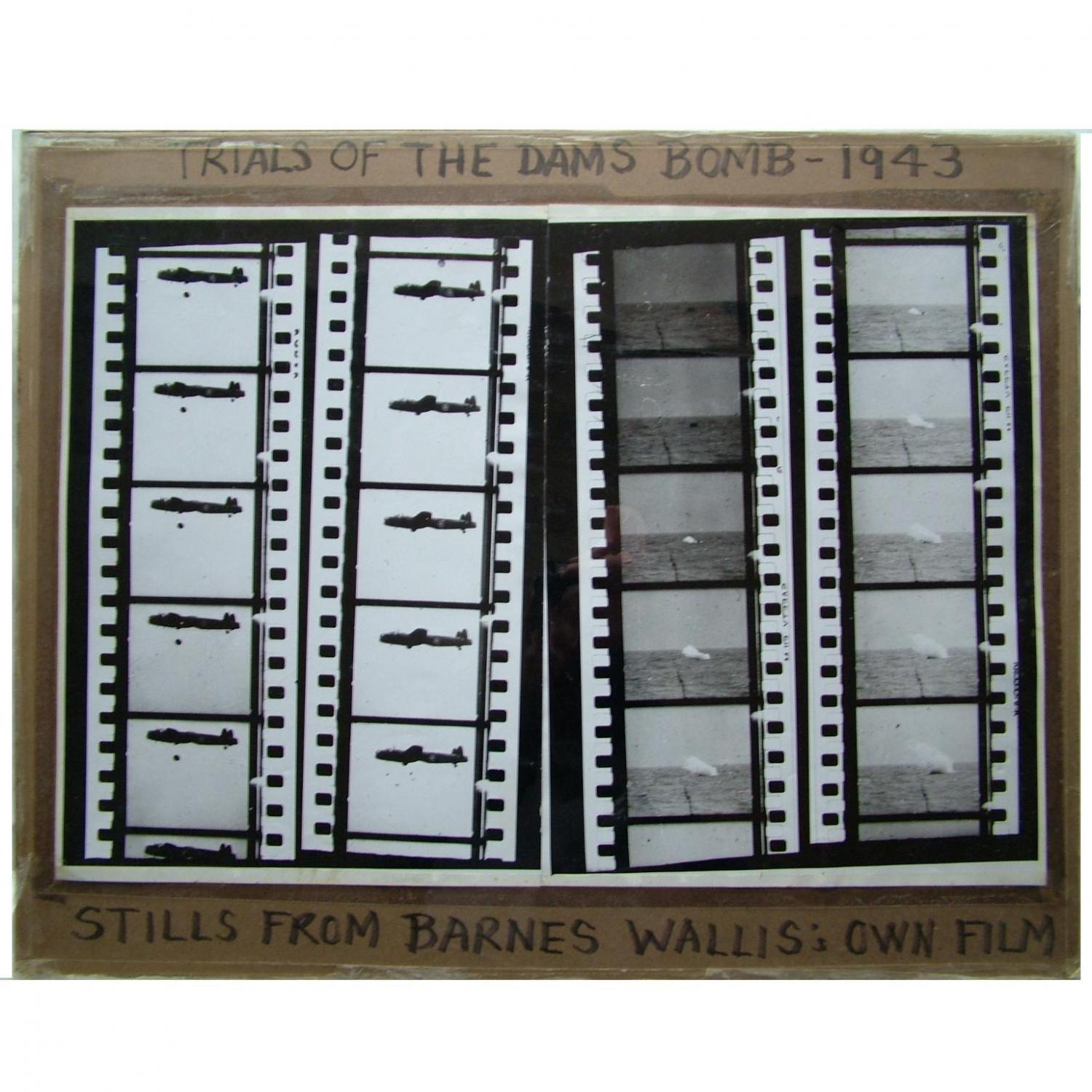 Two  large black and white photographs, each approximately 28 x 38cm / 11 x 15" currently mounted on card approximately 48 x 62cm and covered in clear acetate film. These show a series of film stills taken by Barnes Wallis himself during trials of the famous 'bouncing bomb' during early 1943.  One photograph has a series of frames showing the 'Upkeep' bomb being released and dropping from the Lancaster bomber.  The other shows the bomb striking the water surface.  These rare photographs are in very good condition and come from the now dispersed Brian Goulding archive (co author of the Lancaster At War books).   These are the last few to be listed. Please note that the negatives have been enlarged/printed from Wallis's own film.  The covering clear film is loose and the photos are not glued to card.  They were originally taped down but are now loose and will be posted removed from the card to save on postal costs.  Stock code P20094. 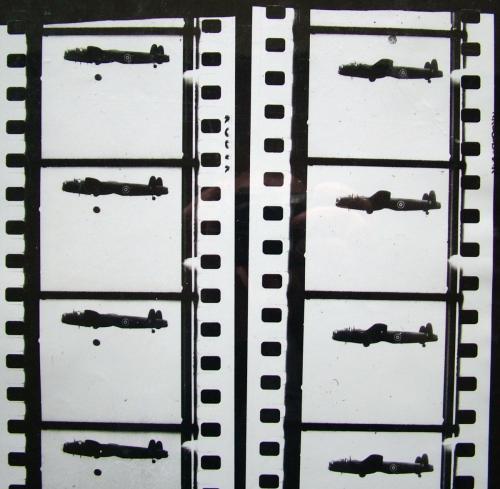 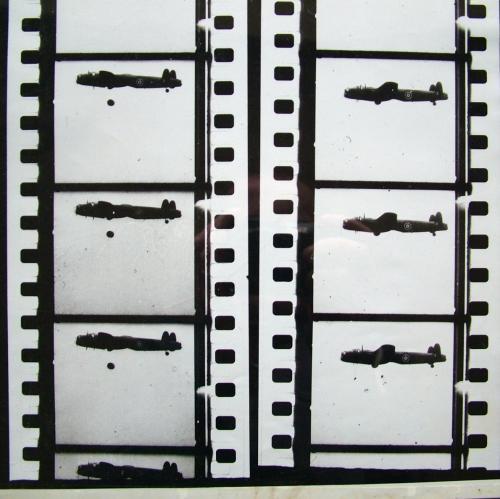 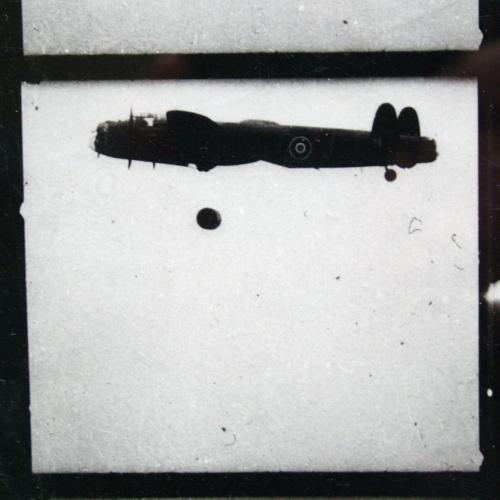 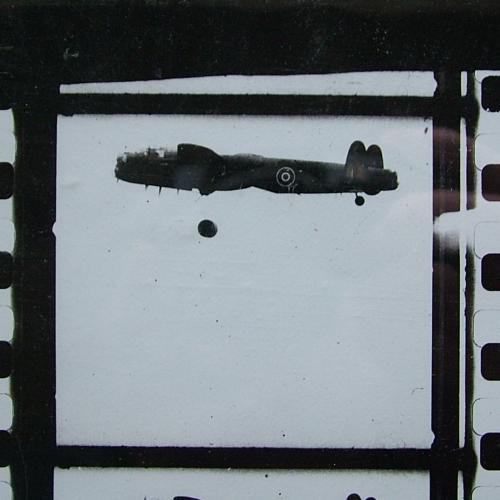 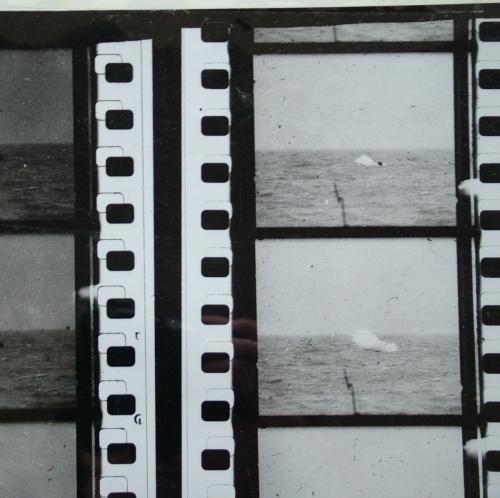 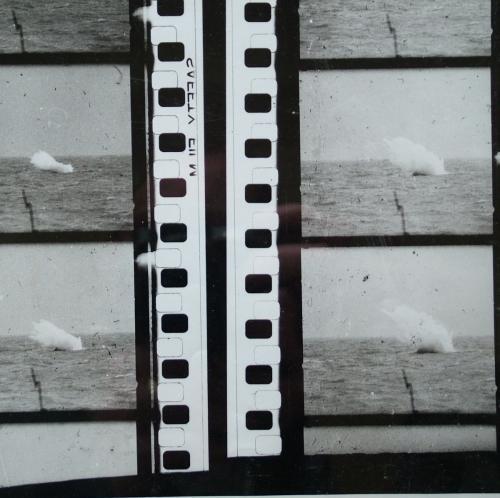 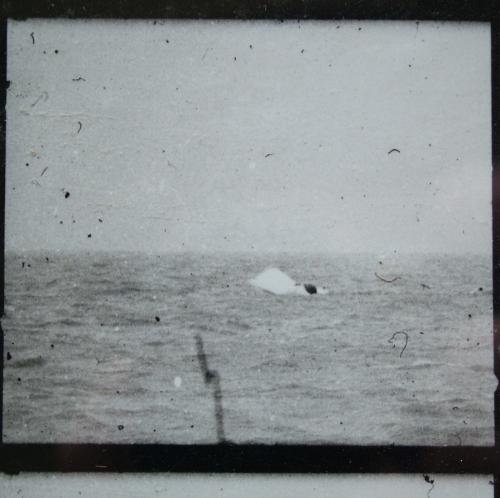 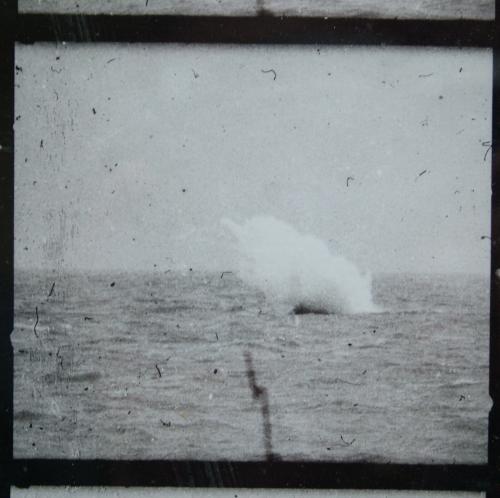 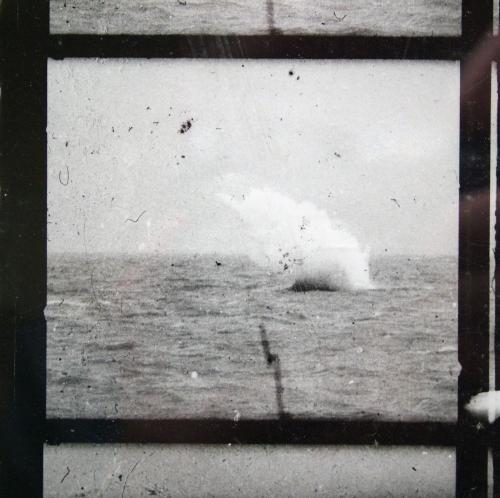