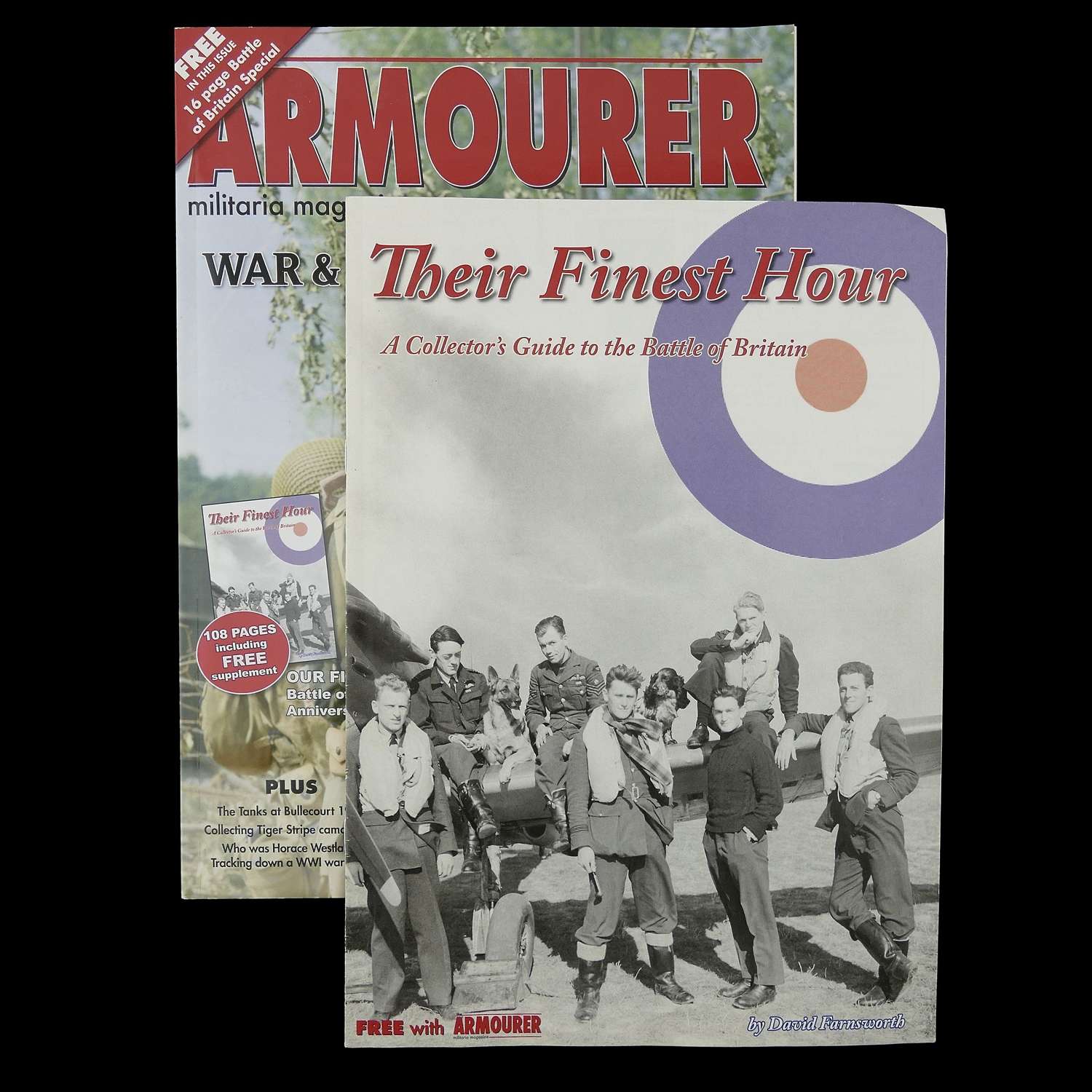 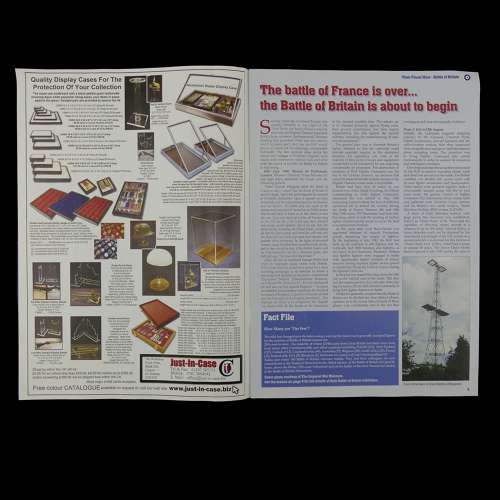 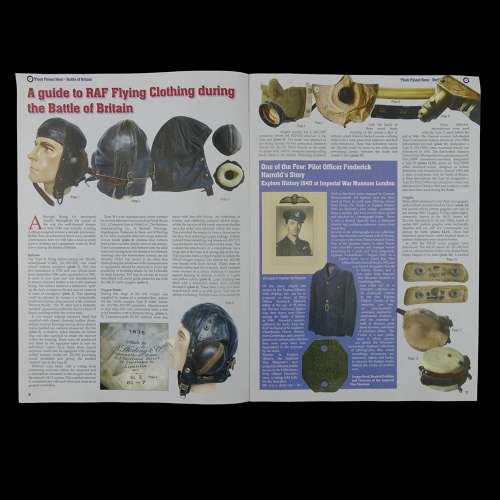 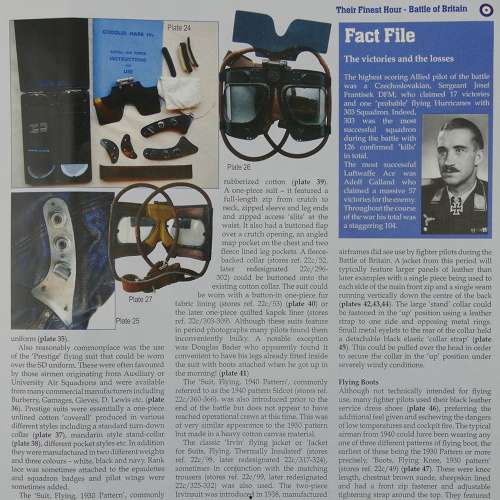 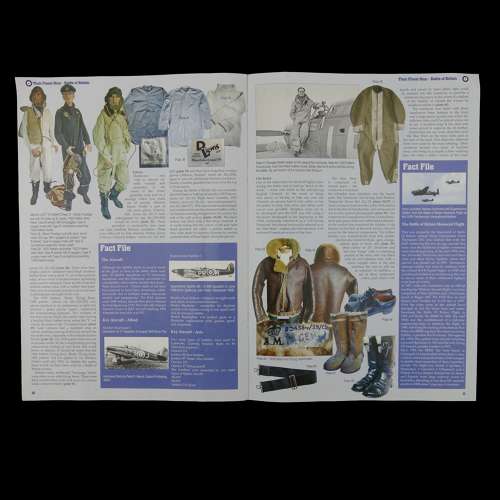 Collectors' Guide to the Battle of Britain

'Their Finest Hour - A Collector's Guide to the Battle of Britain' by David Farnsworth.  Magazine supplement, 20.5 x 29cm, 15pp. 2010.  This was included with the September/October edition of the Armourer magazine on the occasion of the 70th anniversary of the Battle of Britain.  I was asked to write a brief timeline of the battle along with an introductory article on collecting flying clothing and equipment from that period including headgear, boots, suits, parachute kit and lifejackets, mostly photographed from our own collection.  The guide is now virtually unobtainable but we recently came across one copy in our stockrooms (with the original magazine).  Stock code BoBSupp.