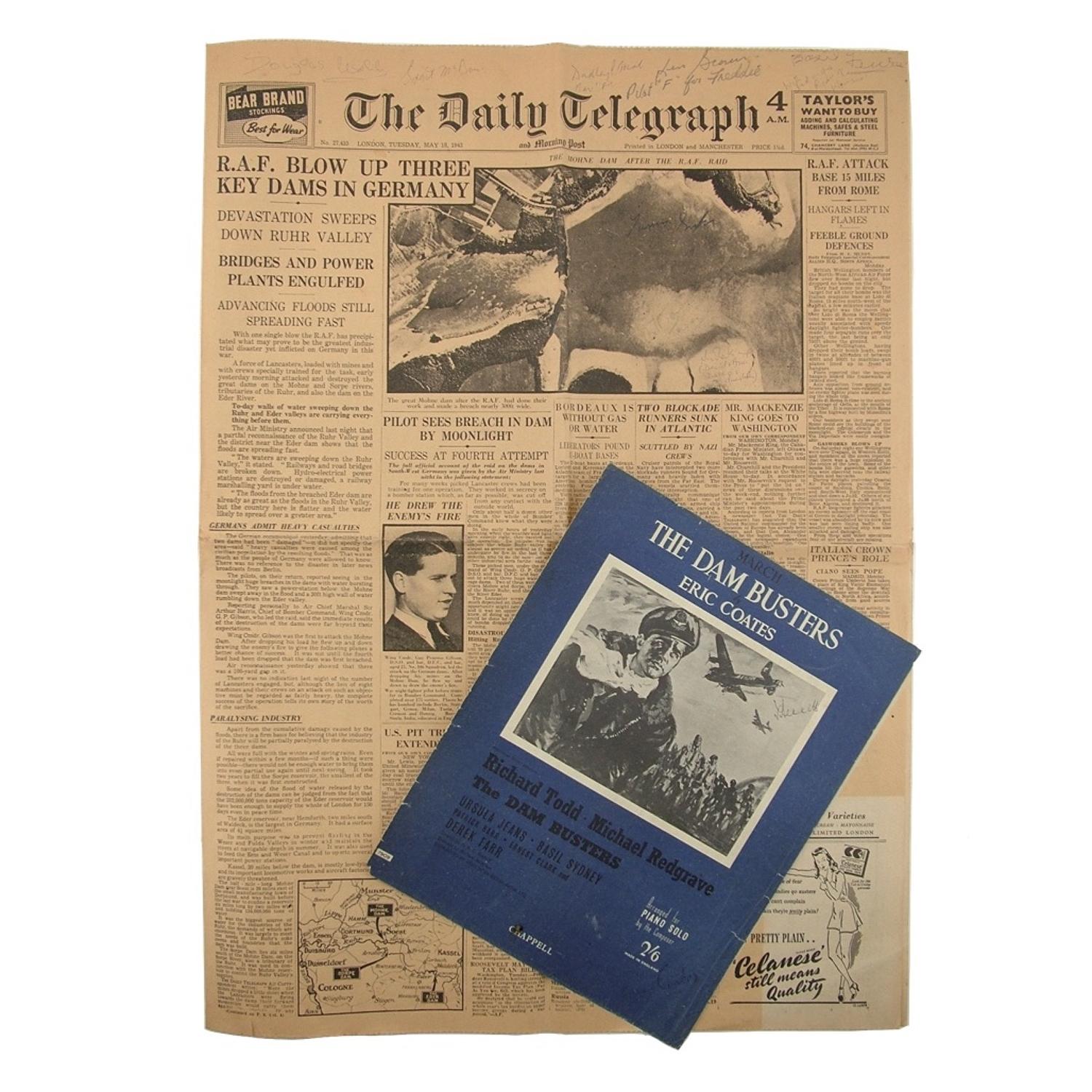 A copy of the 'Daily Telegraph' from Tuesday May 18th 1943 in which the main headline reads ' R.A.F. Blow Up Three Key Dams In Germany'. A large photo of the breached Mohne dam is accompanied with lots of stirring text about what is now one of the most famous RAF sorties  and stories of the war.  The paper has been signed by various original members of 617 Squadron who took place in the raid.  The signatures  were obtained at one of the larger reunions (probably during 1983) that took place at the Imperial War Museum in London.  They include Douglas Webb - front gunner with Townsend's crew; Ken Brown - pilot of 'F' for Freddie; Grant McDonald - rear gunner with Ken Brown's crew; Dudley Heal - navigator with Brown's crew; Basil Fearon - flight engineer with Brown's crew; Thomas Simpson - rear gunner with Martin's crew; Bill Townsend and Les Munroe, both pilots on the raid.  In addition it is also signed by Sue Ryder (as Ryder of Warsaw) who was Leonard Cheshire's wife and Nicola King, pilot David Shannon's daughter.  The paper also comes with a signed copy of the sheet music for the Dambusters March by Eric Coates and a modern photograph of Bill Townsend in service dress tunic with wings and medals clearly visible.  An excellent opportunity to obtain some Dam Buster memorabilia in this 75th anniversary year of the raid.  The newspaper has been displayed with the sheet music across the front page and this has left a mark where the surrounding area has yellowed.  The signatures are a bit faded but can all be seen.  We sold this to a client about 12 years ago and have purchased it back as part of a huge paperwork, photo and log-book collection.  Stock code P22873-50. 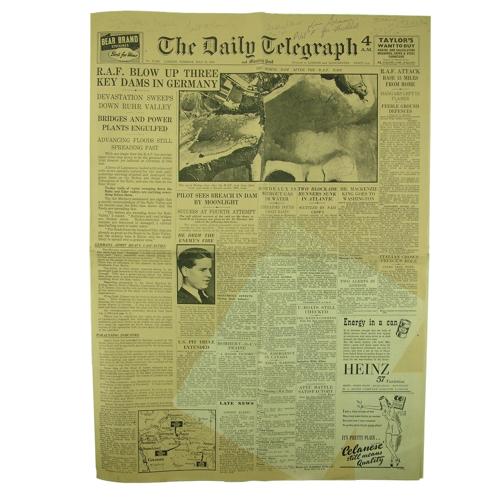 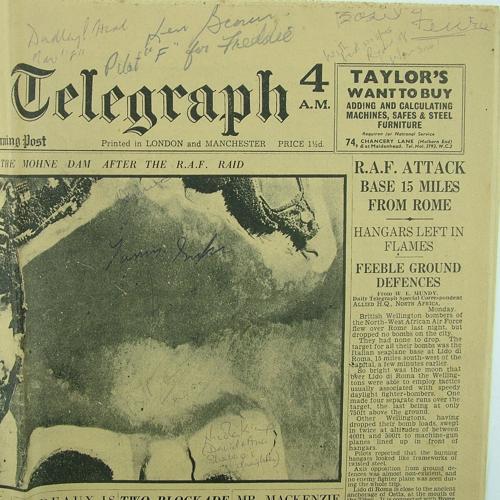 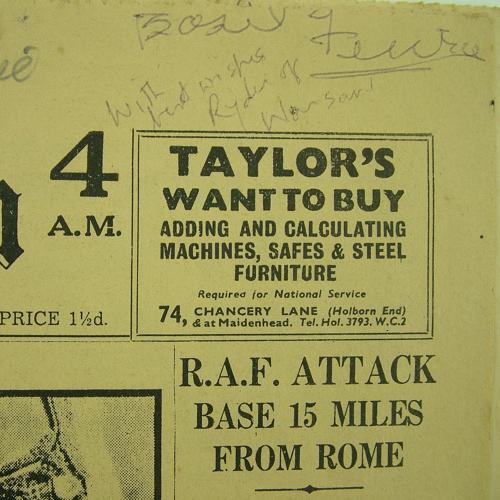 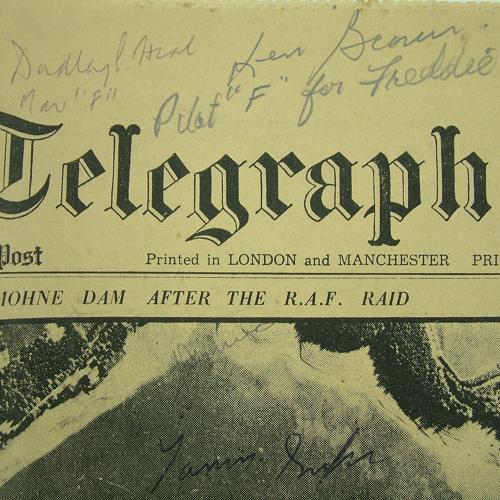 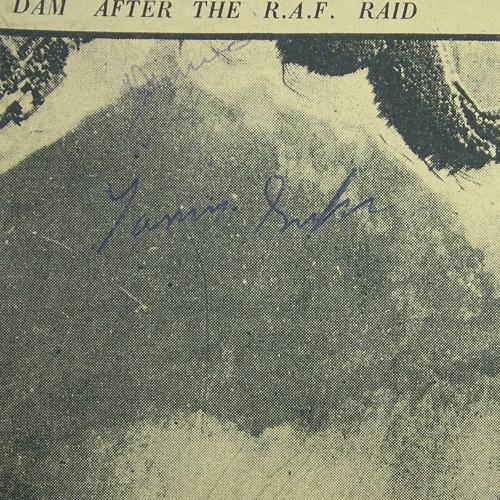 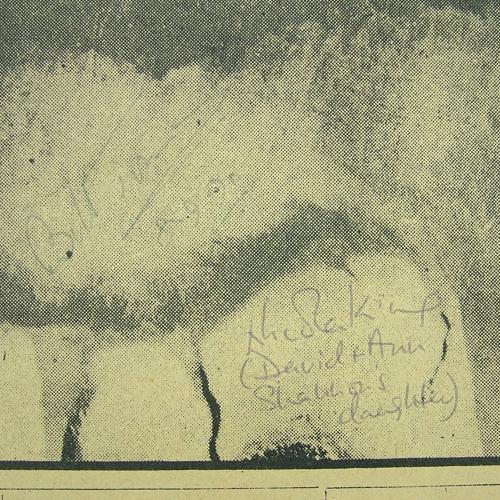 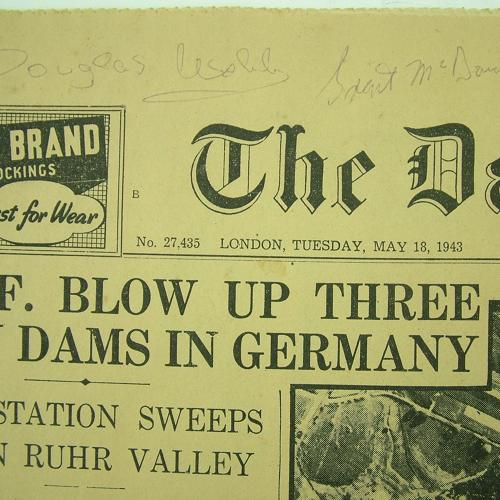 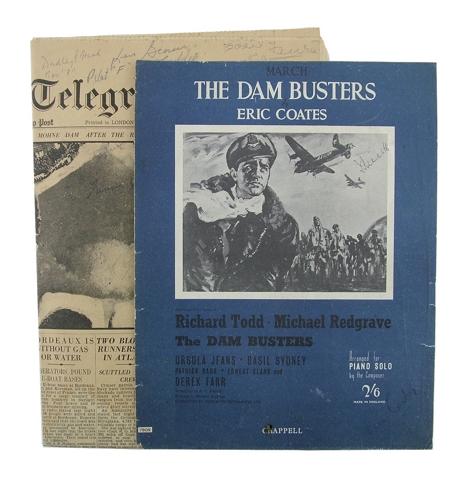 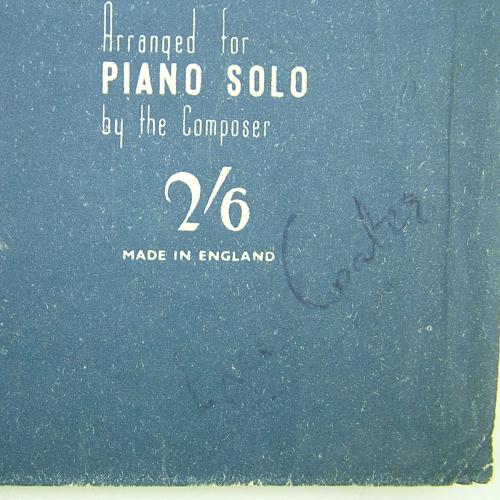