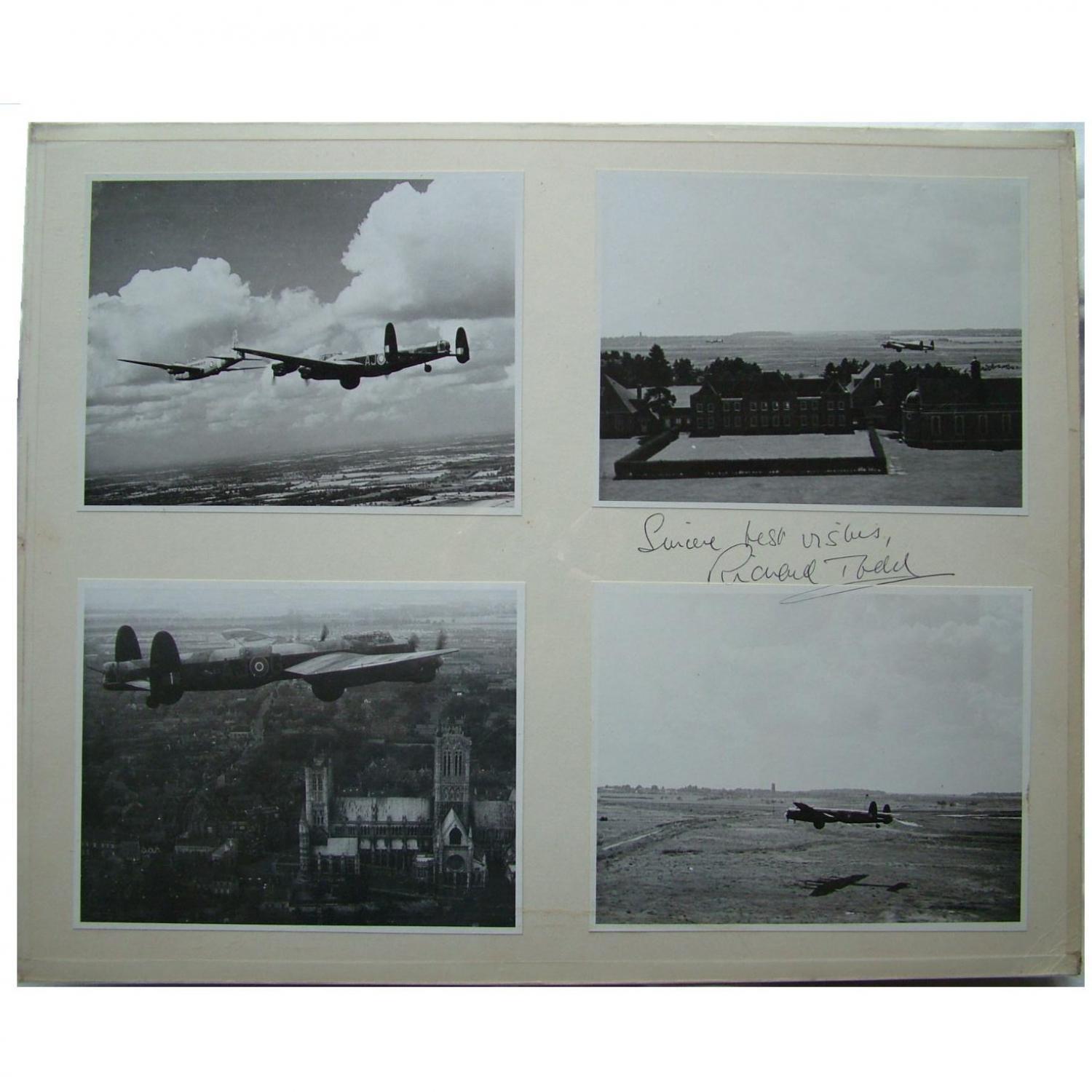 Four large black and white photographs, each approximately 21 x 16cm / 8 x 6" mounted on card approximately 51 x 41cm & covered in clear acetate film. These show  Avro Lancaster bombers in the air over Lincoln Cathedral, RAF Scampton and the Lincolnshire countryside during production of the classic film 'The Dam Busters' in 1954. The aircraft, Lancaster B-7 NX679 can be seen clearly and has the film prop 'bouncing bomb' slung beneath the fuselage.  It is interesting to note that the actual bomb, codenamed 'Upkeep' was still under the official secrets act at the time of filming so the 'dummies' used were loosely based on the actual bomb.  Four original Lancaster bombers were used during filming and this air to air shot was taken by Sgt. Michael Cawsey, a flight engineer of 97 Squadron who flew as part of the crews.  His flights included low level formation and runs over the Derwentwater dam casting beams on the water to establish flight at 60'.  These rare photographs are in very good condition and come from the now dispersed Brian Goulding archive (co author of the Lancaster At War books).   This set has has also been signed by the late Sir Richard Todd who 'flew' as Wing Commander Guy Gibson in the film and was a Captain during the D-day landings taking part in Operation Tonga.  He was amongst the first British officers to land in Normandy.  His battalion were reinforcements that parachuted in after glider forces had landed and completed the main assault against Pegasus Bridge near Caen.  These photos are among the last few to be listed. Stock code P20091. 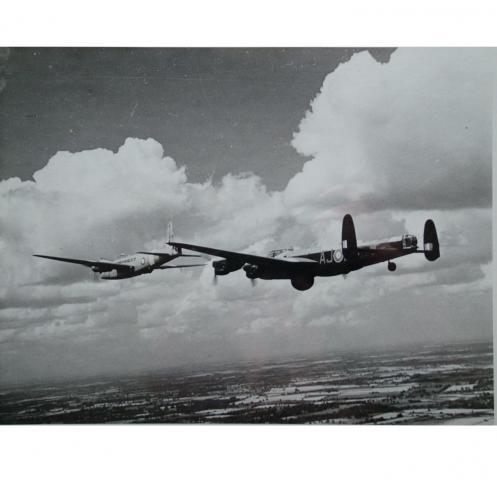 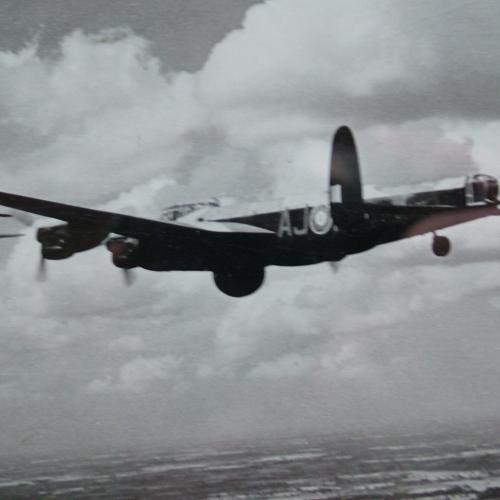 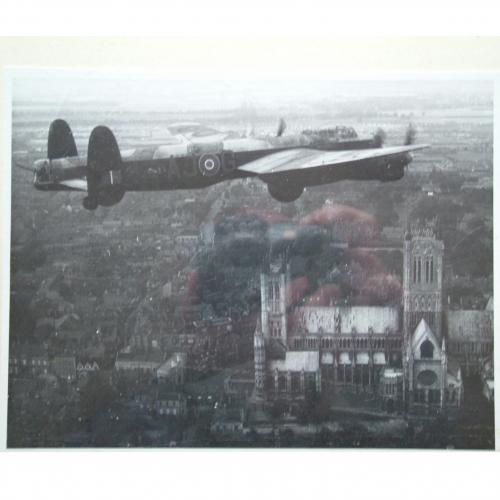 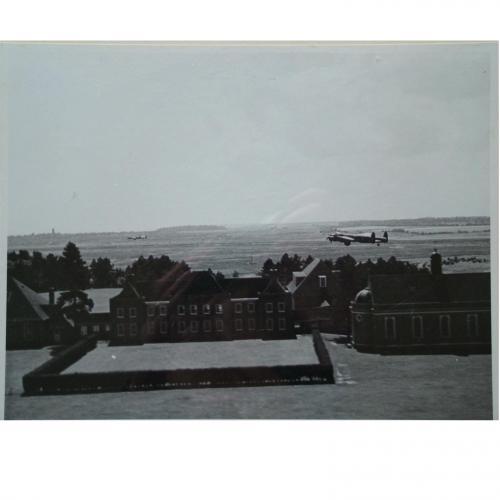 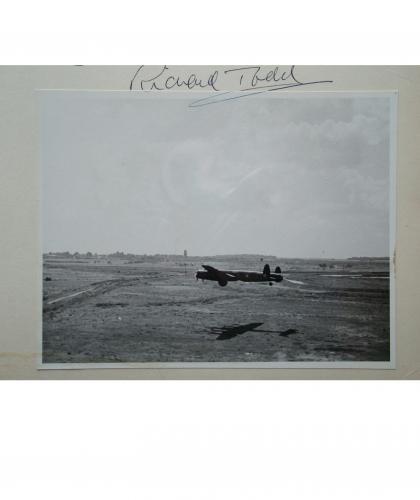 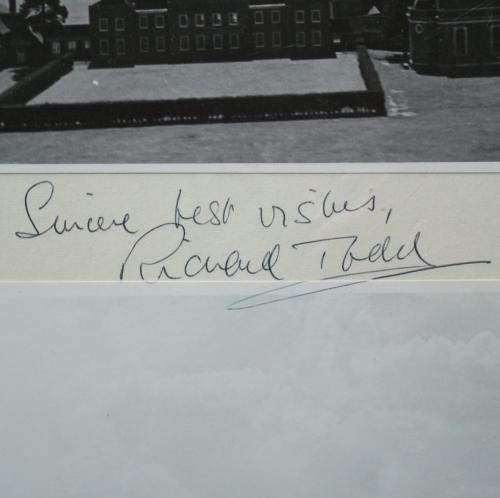