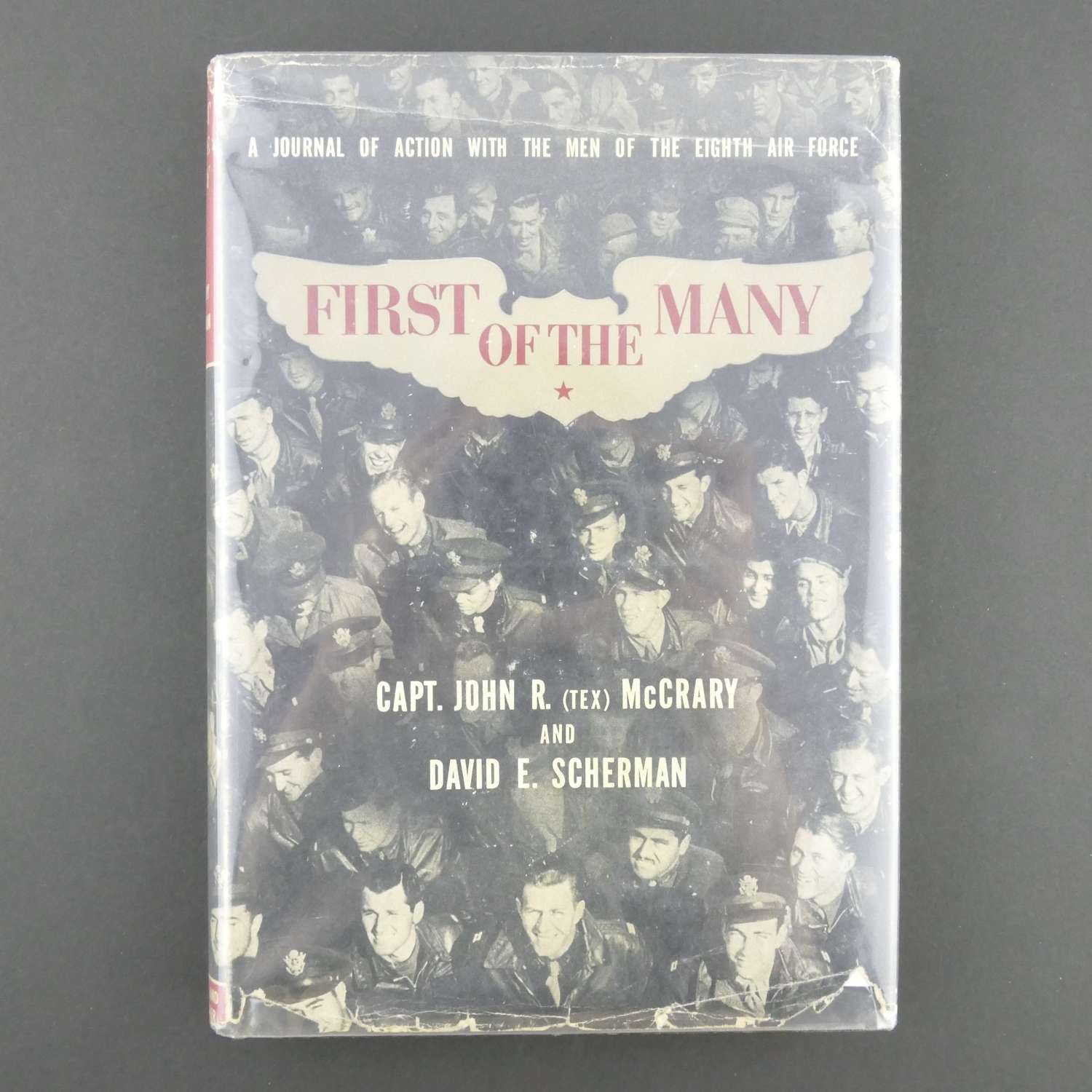 First of the Many - with the Men of the Eighth Air Force, 1st Edition

'First of the Many - A Journal of Action with the men of the Eighth Air Force' by Captain John R. (Tex) McCrary and David E. Scherman.  H/b, 18 x 25cm, 242p, 1st edition, 1944.  The 'First of the Many' were the original officers, the combat crews and ground crews of the 8th AAF.  This book tells the true stories of these men and their deeds, as they told them to Captain McCrary who shared ten missions with them himself as a photographer-gunner.  It is packed with stories of incredible heroism like that of Lt. Col. Addison E. Baker, who said that he would lead his men to the target of the Ploesti oil fields, and did, even though he could have landed his already mortally wounded Liberator safely.  "Told as history the story of the  'First of the Many' is one of epic military importance : the accomplishment of precision bombing of German targets by day.  A 'cast of characters' lists more than 200 names of officers and men who are mentioned in the text.  There are 128 full pages of superb photographs, many from official USAAF sources, and the remainder by David E. Scherman, LIFE magazine staff photographer formerly attached to the 8th.  Cross indexed with the test, these photographs also tell connected stories of their own".   Pages and cover appear very good. The dustjacket shows wear and has some loss.  A superb read.  Stock code P24215A-44. 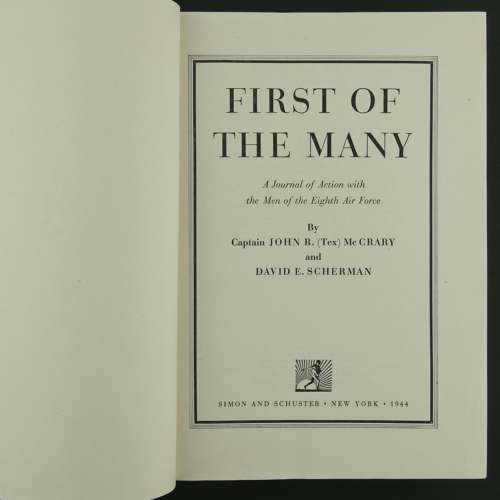 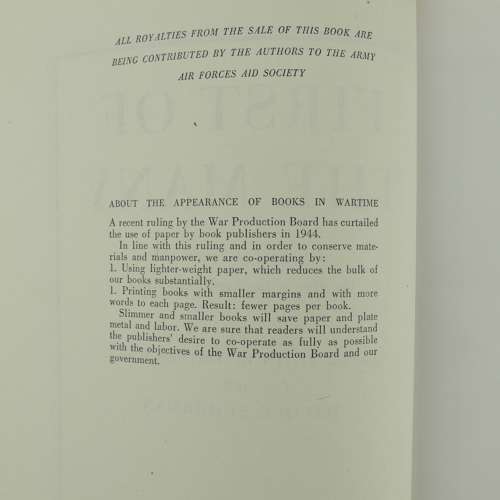 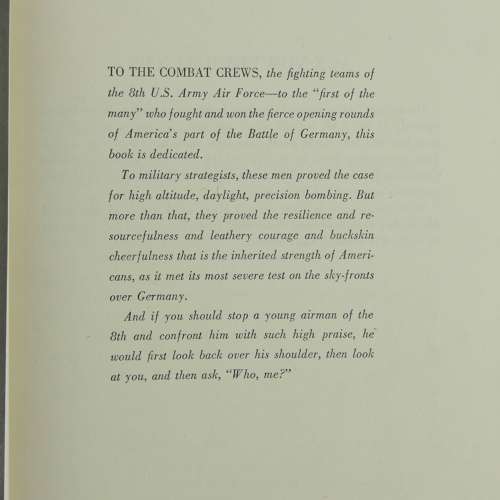 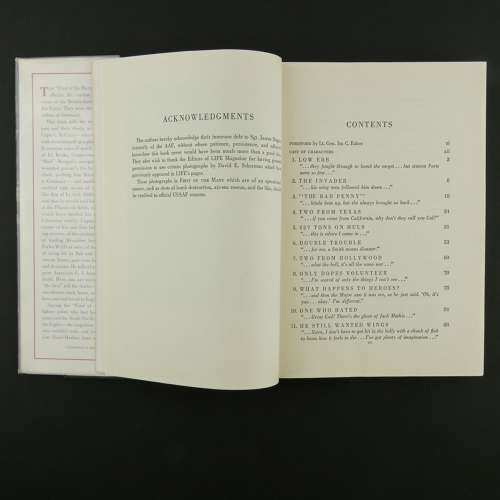 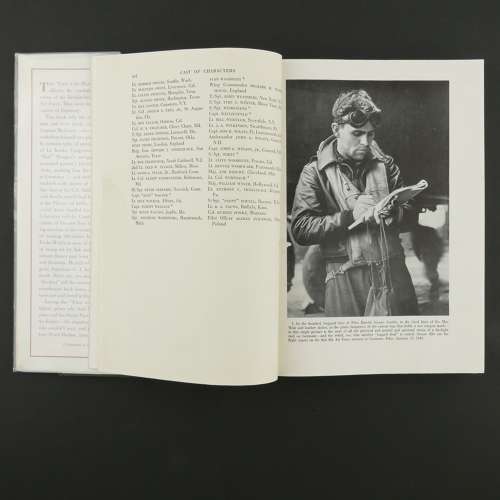 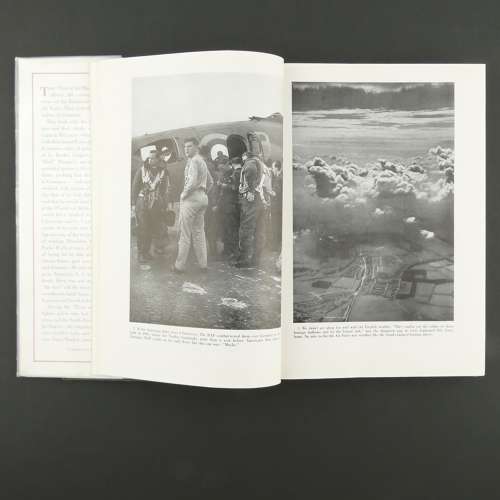 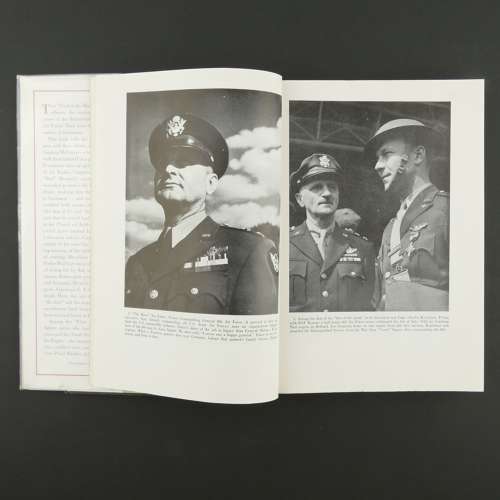 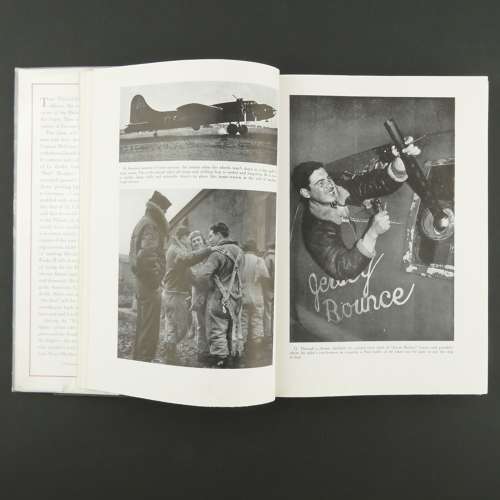 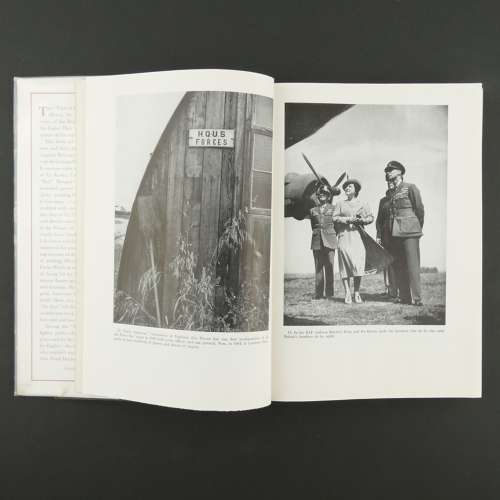 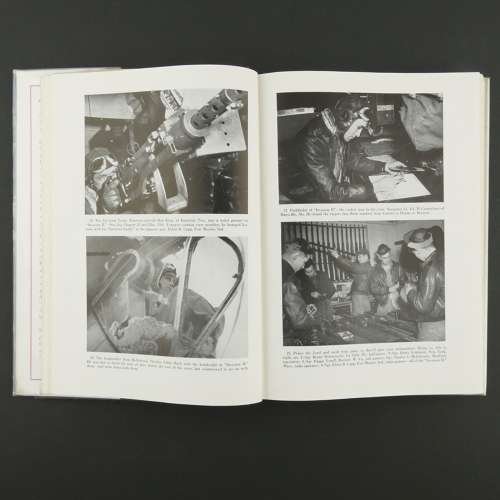 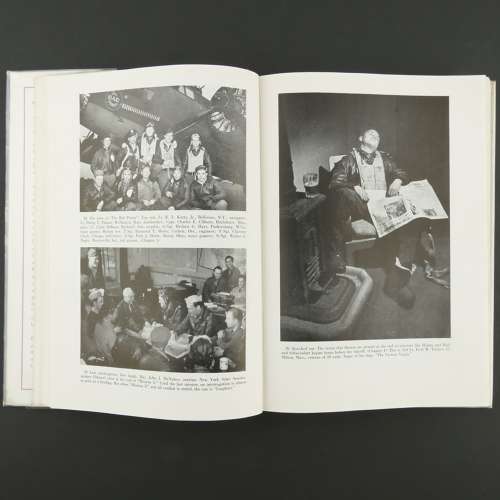 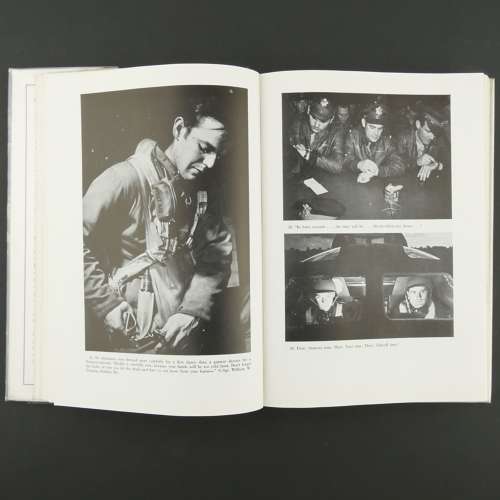 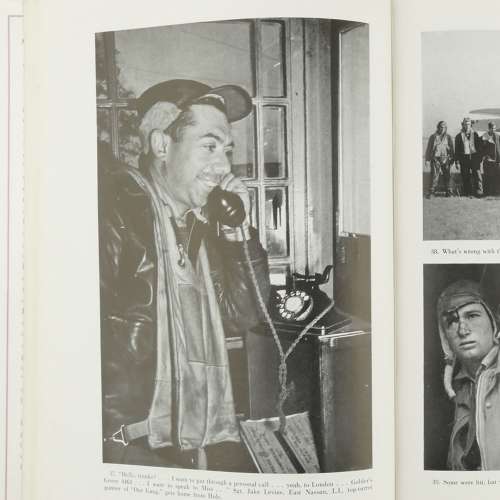 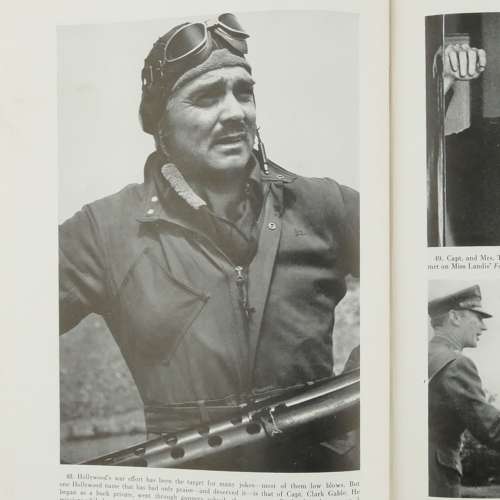 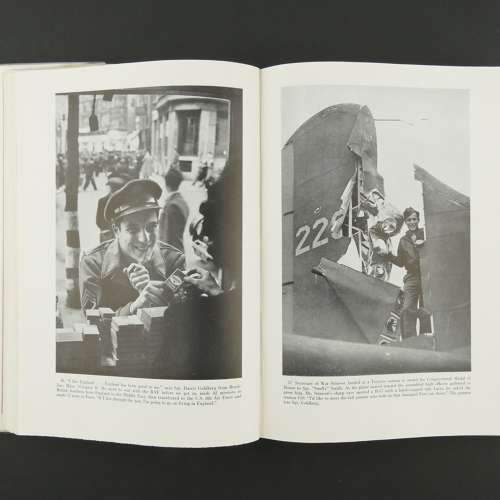 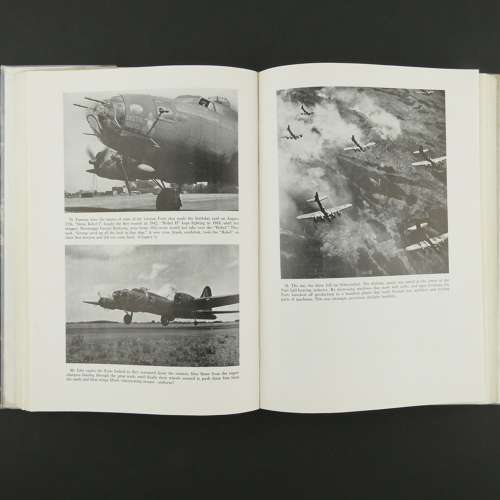 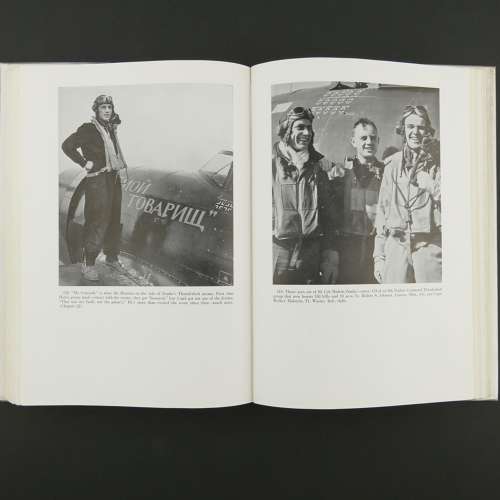 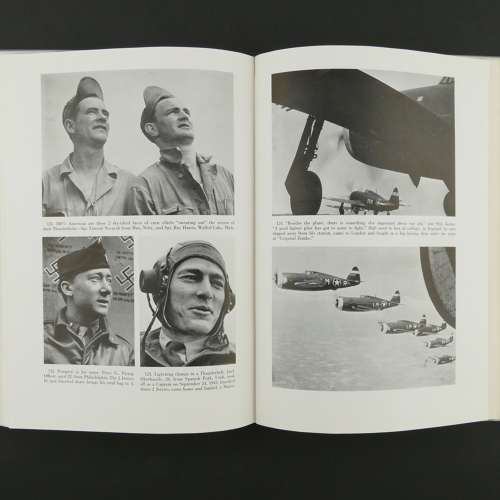 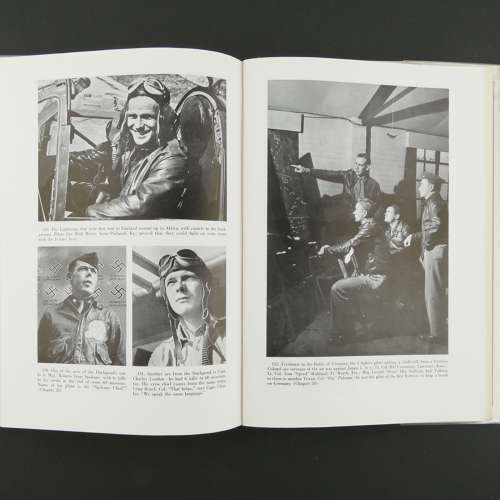 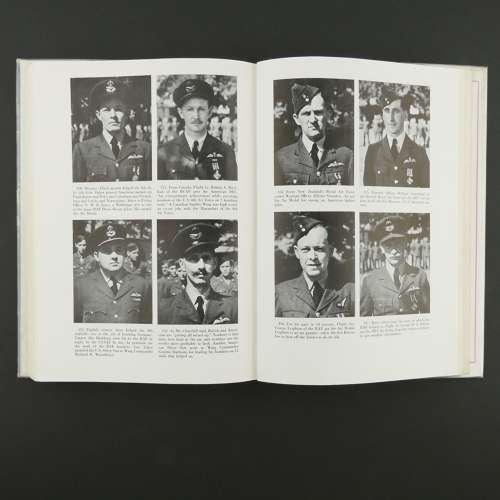