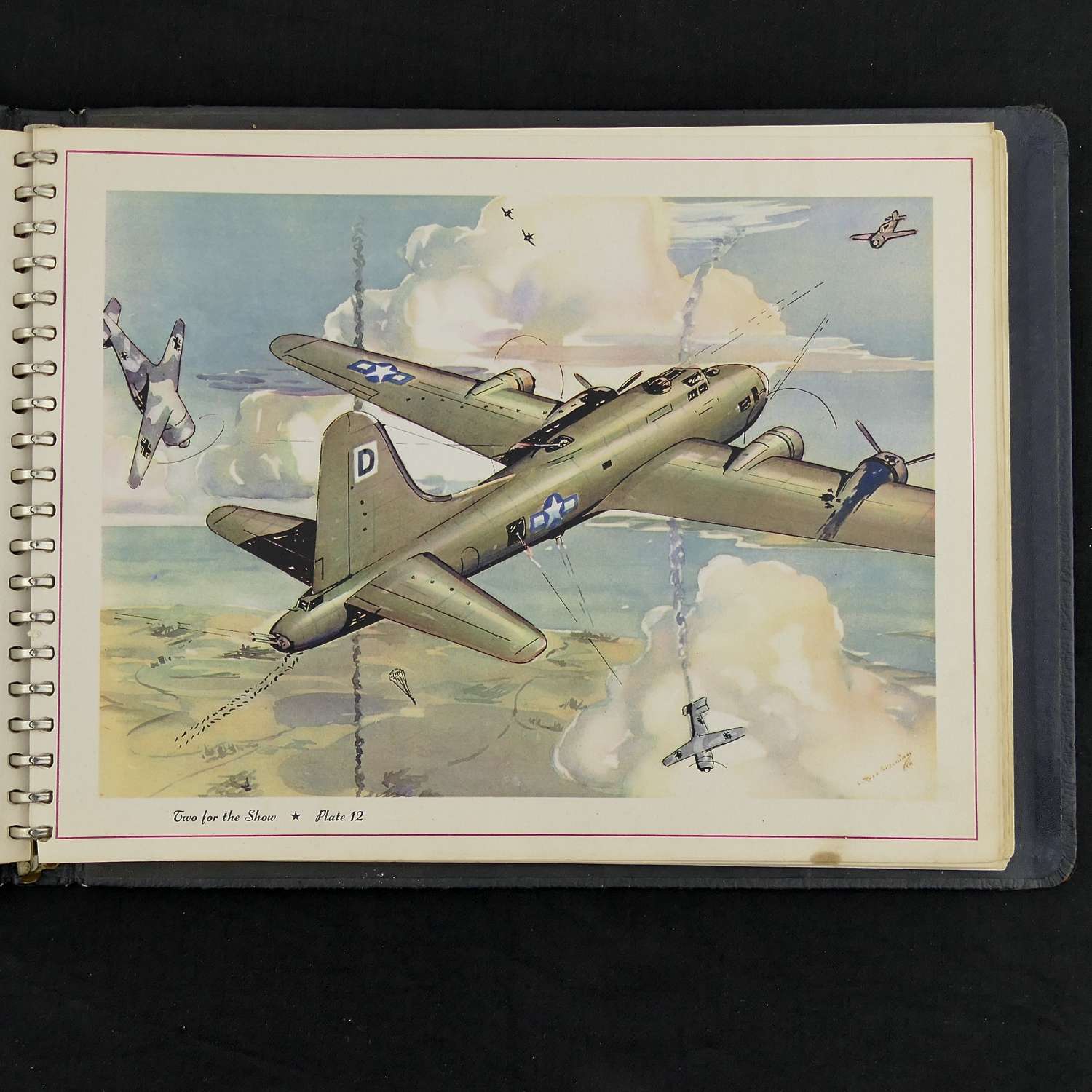 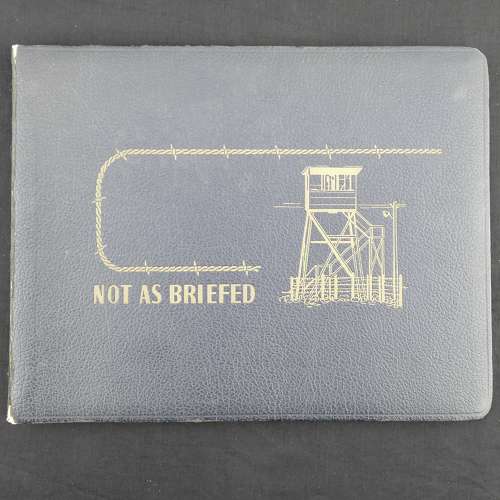 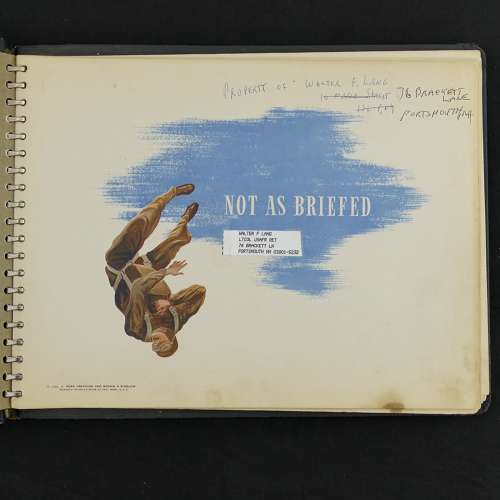 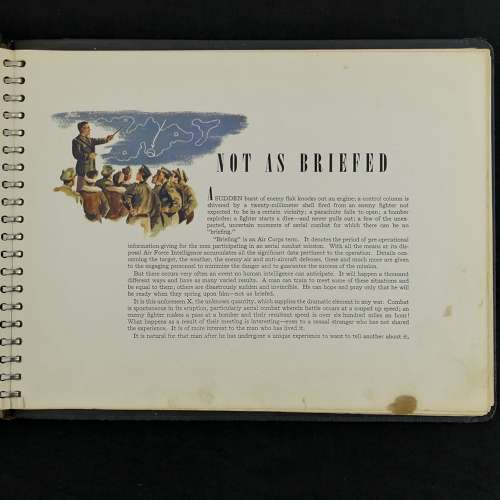 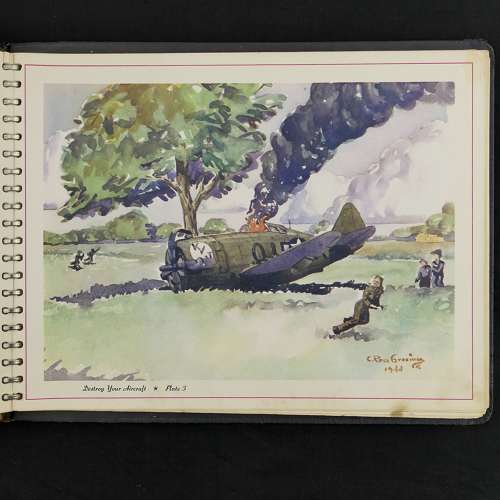 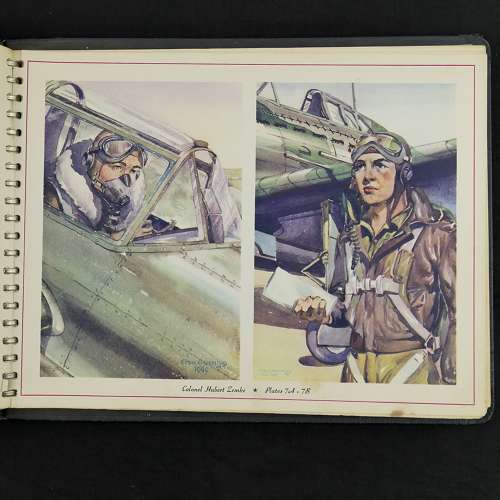 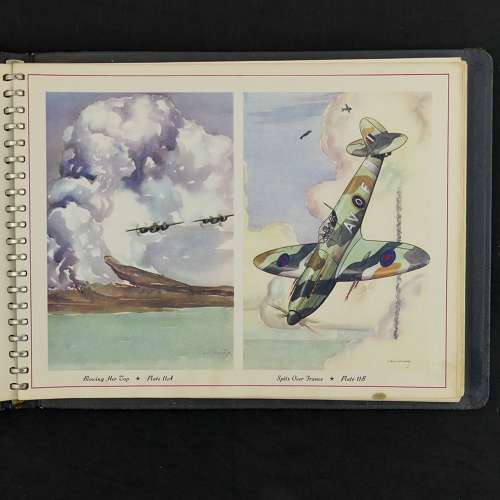 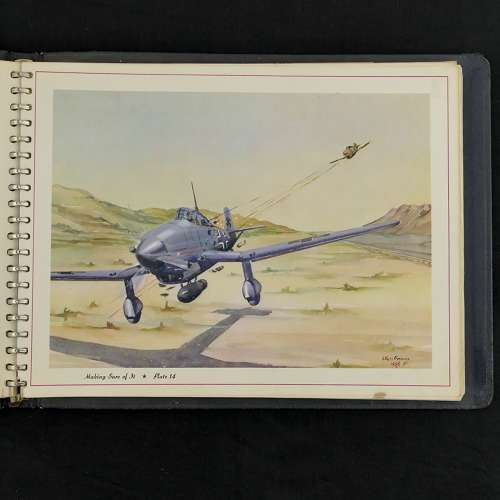 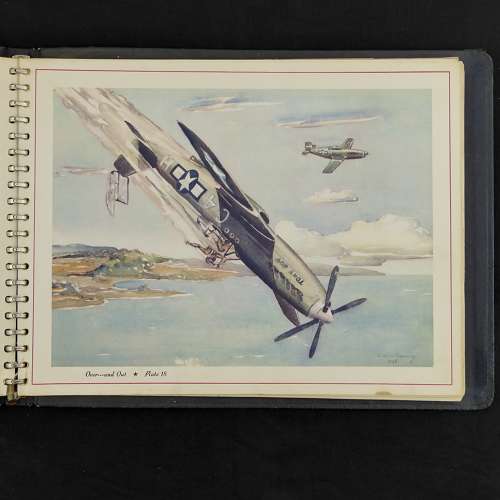 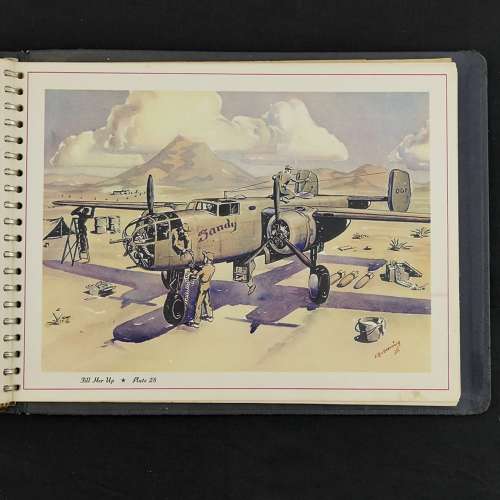 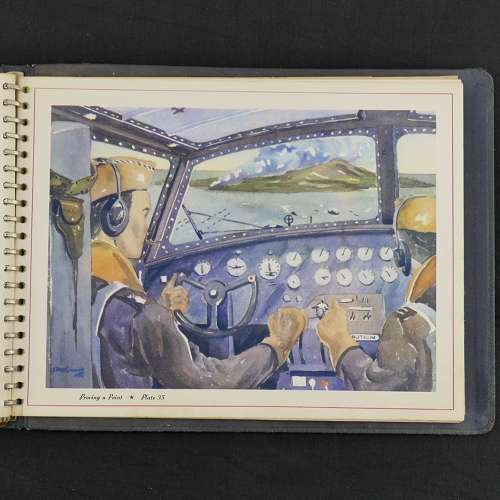 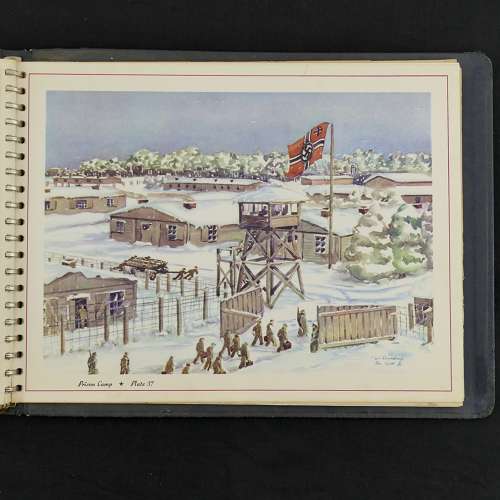 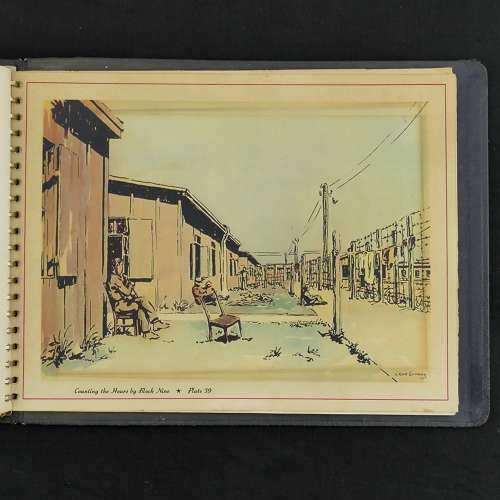 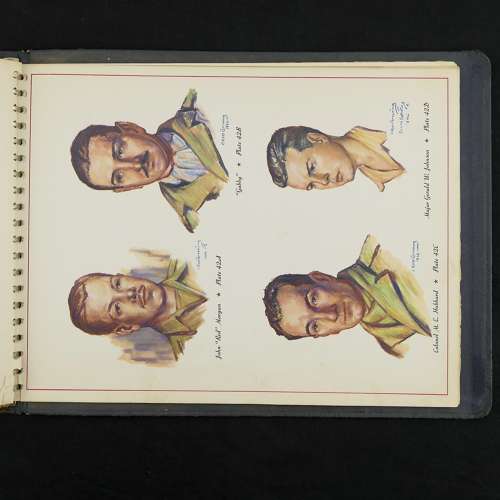 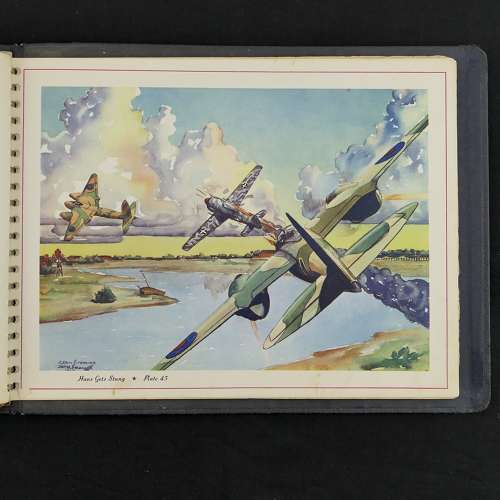 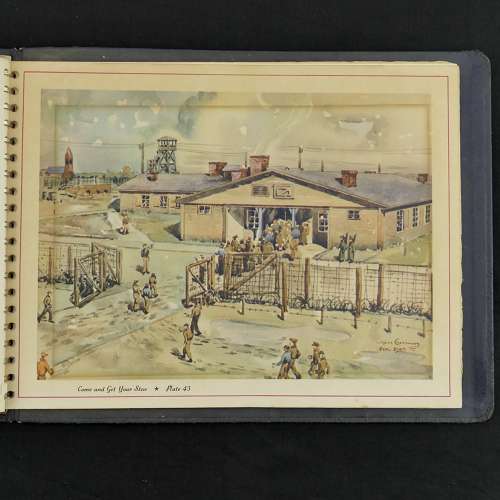 By Colonel Charles R. Greening.  H/b, loose-leaf spiral bound, approximately 35 x 27cm., 1947, 107p with over 50 colour plates.  Col. Greening U.S.A.A.F. designed the Rube Goldberg bombsight and flew a B-25 as one of the famous 'Doolittle Raiders' that took part in the first strike against Japan after the attack on Pearl Harbor. In 1943 he commanded a B-26 bomb group in Africa and was shot down, narrowly avoiding landing by parachute in the crater of Mt. Vesuvius.  He was interred in an Italian POW camp from which he escaped during a bombing raid, only to be recaptured and incarcerated in German POW camp Stalag Luft 1, Barth.  Greening was also a good artist and taught art classes and organised exhibitions of his fellow inmates work.  He sought to illustrate the aircraft and aerial combat stories that they all remembered and many fellow pow's wanted to buy his paintings.  Due to the demand he put up a notice offering to sell a book, to be printed after the war, of reproductions of his watercolours and received 5,000 requests to purchase the book. Following his liberation in 1945 Greening worked with publishers Brown and Bigelow to produce the book offered here and copies were posted to the subscribers in 1947. This particular edition to Walter F. Lang, a bombardier/navigator with the 460th Bombardment Group.  Lang was shot down/captured on the 26th July 1944 at Zwolfaxing, Austria and imprisoned at Stalag Luft 1 before being liberated by the Russians on the 1st May 1945.
The artwork contained within the book is excellent, accomplished, immediate and exciting.  Each plate is accompanied with supporting text.  Subjects include air battles, bale-outs, bombers, fighters, crash landings, glider towing, POW camp life, personnel and so on.  Condition is reasonably good. There is some staining/foxing in places and a couple of pages may have been removed at some stage and then put back (the paper of these has yellowed more).  Note also that plate 21 (Tactical Support) and plate 23 (Geronimo Over Sicily) are missing and plate 37 is loose and trimmed.  I suspect these have been removed and framed.   The book is named to the owner at the front.  A reprint was produced in 2001 but this is a totally different item as an extremely rare original copy.  Stock code P24215A.