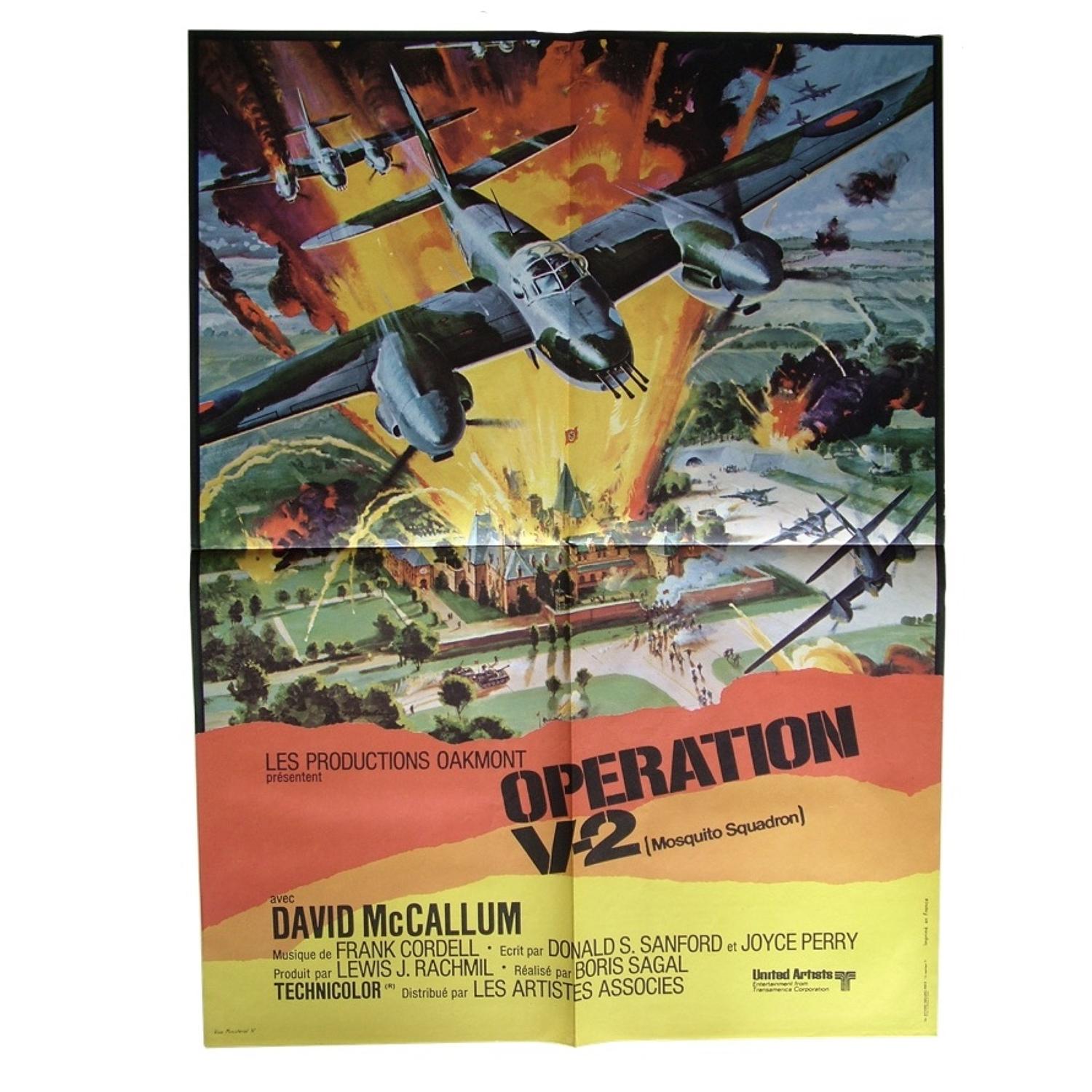 Printed in France by Affiches Gaillard, Paris.  Approximately 58 x 79cm.  1969.  Original promotional cinema poster for the British war film "Operation V-2", better known in the UK as Mosquito Squadron and starring David McCallum.  The film follows McCallum as his squadron undertakes a raid, co-ordinated with the Maquis, to free French prisoners.  The story was probably based on the raid on Amiens prison headed by Pickard, Operation Jericho.  The poster has fabulous artwork with great colour.  There are minor edge creases in places but overall condition is excellent.  Like all French movie posters this wqs folded.  Would look great framed.  Stock code P22895. 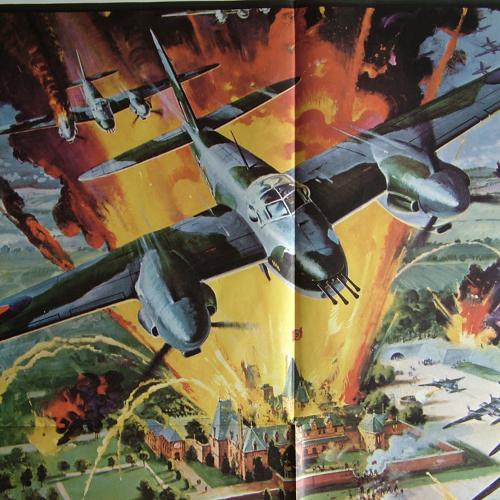 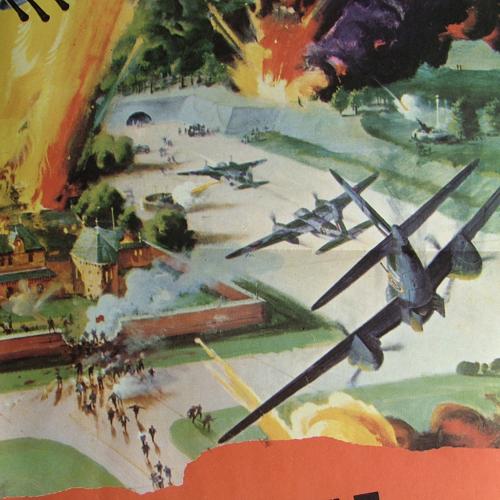 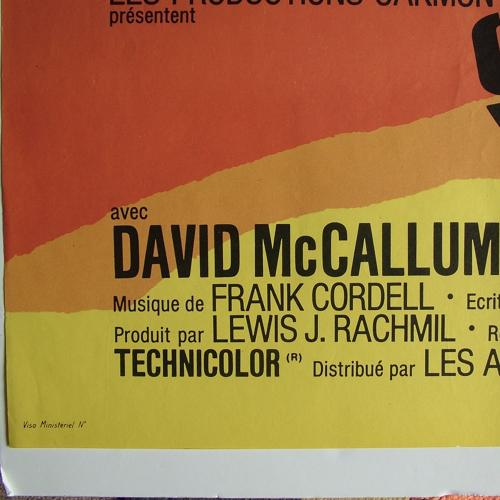 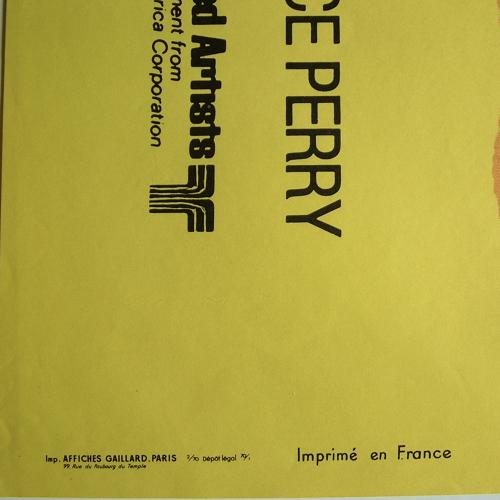