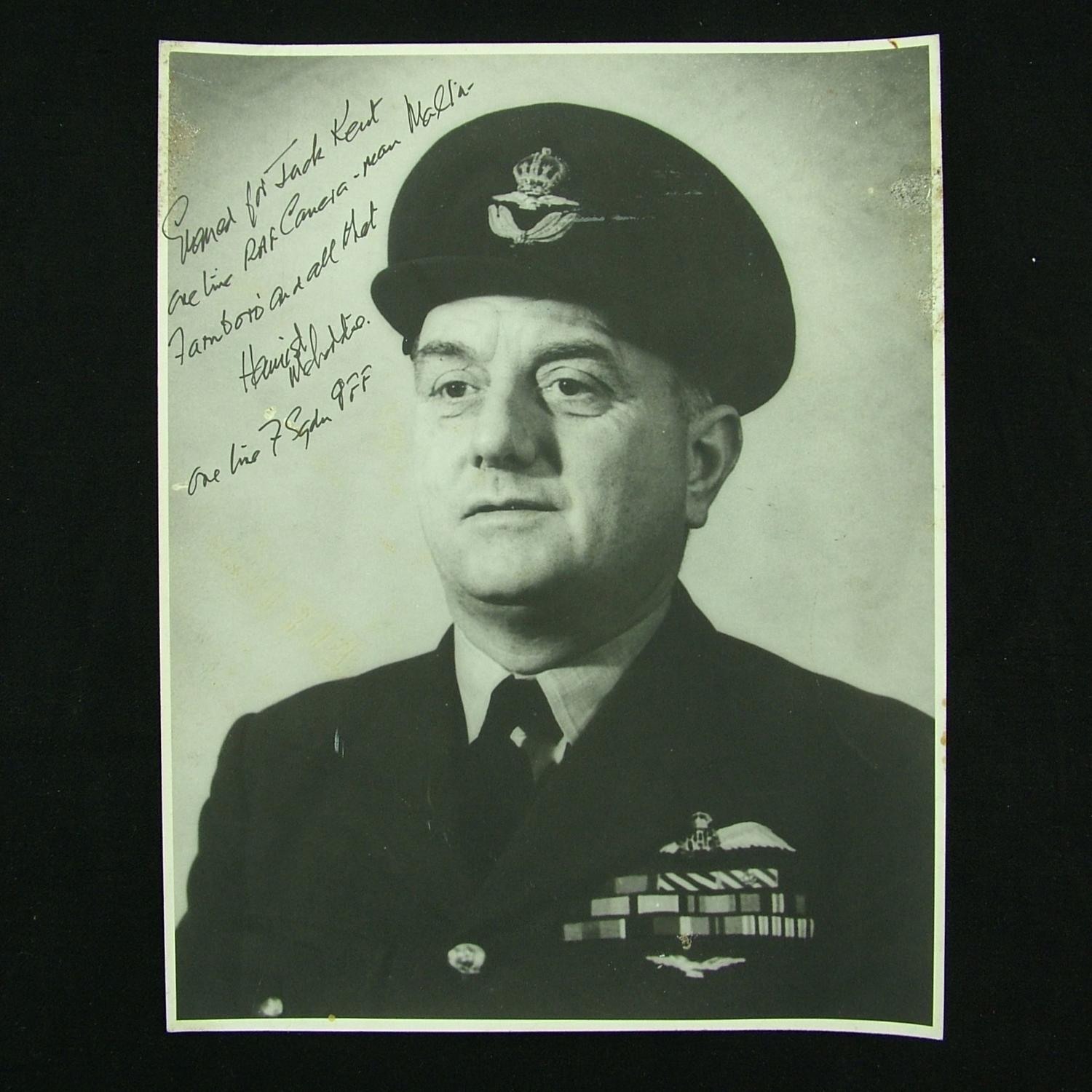 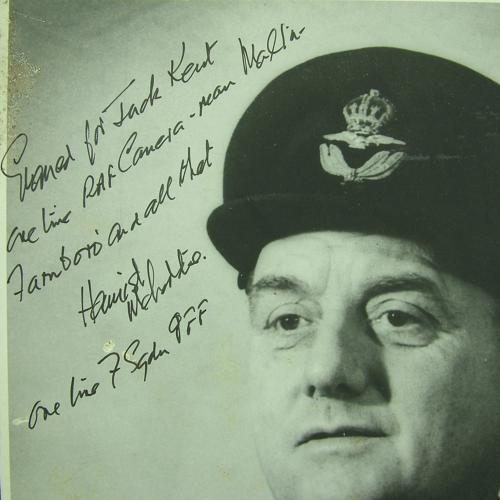 Photograph, approximately 19.5 x 25cm of Group Captain Thomas Gilbert 'Hamish' Mahaddie, DSO, DFC, AFC & Bar, FRAeS.  He was a sergeant bomber pilot at the outbreak of WW2, later flying with 7 Squadron pathfinder force in his second tour after which he joined AVM Don Bennetts's headquarter staff in the position of Group Training Inspector.  Postwar he continued to serve in the RAF until 1958 after which he worked as an electronics consultant for the Armed Services, and an aircraft consultant for the film industry, notably on '633 Squadron' and  procuring  aircraft, crews and service personal for the 'Battle of Britain' film.  He died in 1997.  The photograph is inscribed "Signed for Jack Kent, one time RAF camera-man Malta-Farnboro' and all that, Hamish Mahaddie - one time 7 Sqn PFF".  Light marking a wear but generally good.  Stock code P22873-126.