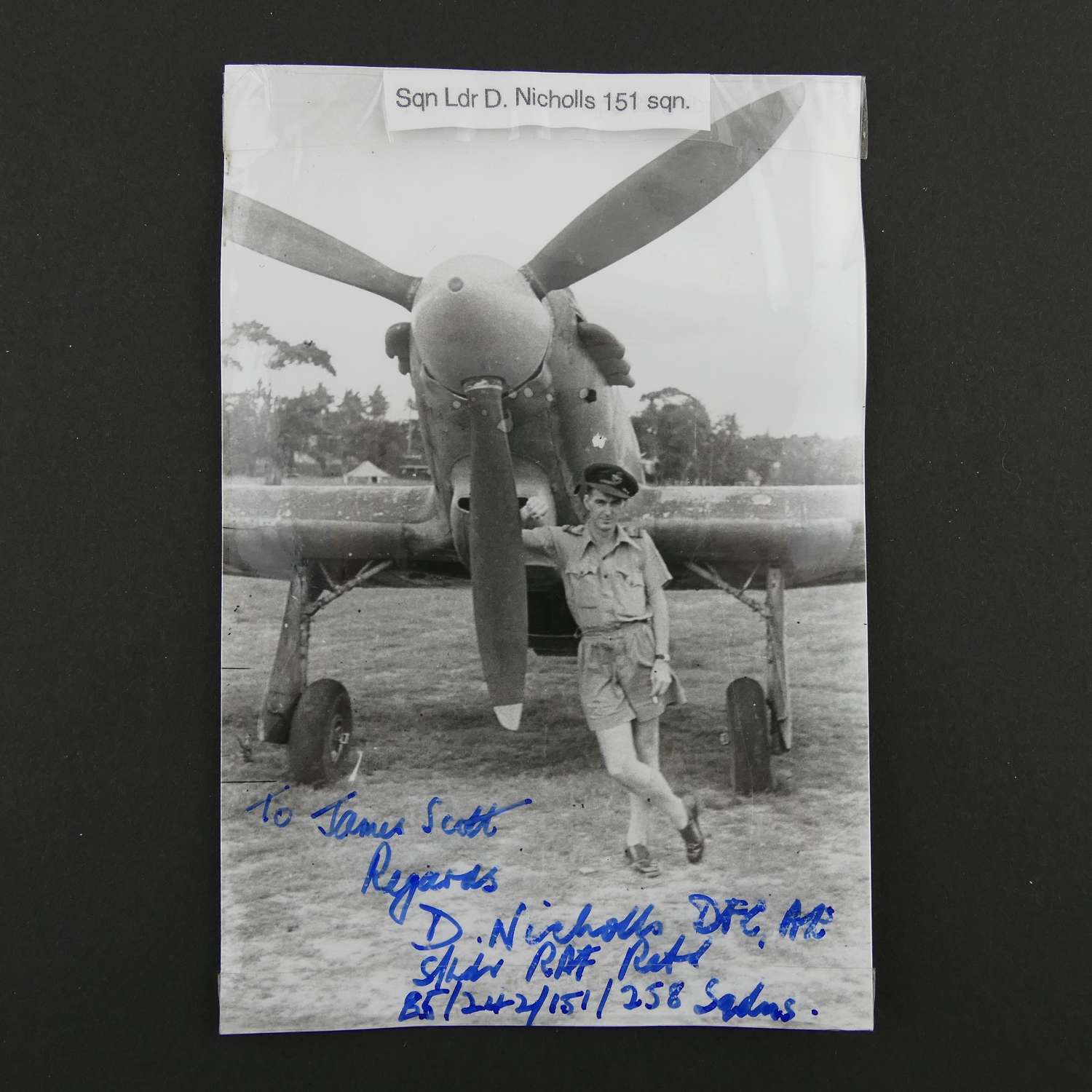 Postcard sized modern reprint of a period photograph of Battle of Britain pilot, Squadron Leader Doug Nicholls DFC.  Douglas Benjamin Fletcher Nicholls was born in February 1919 and joined the RAFVR in 1938, training as a pilot.  He flew briefly with 86 and 242 squadronsand then with 151 Squadron in Hurricanes during the latter stages of the Battle of Britain.  On 30th September he shared in the destruction of a Ju88 but his aircraft was badly damaged by return fire.  In August 1941 he was posted to 258 Squadron.  Within days, the squadron was ordered to prepare for overseas service. Arriving in the Middle East when the Japanese attacked Pearl Harbour, it was decided to move them straight onto Singapore via the aircraft carrier Indomitable. He flew various sorties from Sumatra and was awarded the DFC in May 1944.  He was posted to HQ 224 Group, Burma, as Squadron Leader Tactics and returned to the UK in October 1945.  Post war he became a teacher and also a chief gliding instructor with 22 A.T.C. Squadron.  Nicholls died in 2014.  The photograph is dedicated to James Scott.  Bizarrely Nicholls has signed a plastic 'overlay' on the photo rather than the actual image.  Stock code P22873-167. 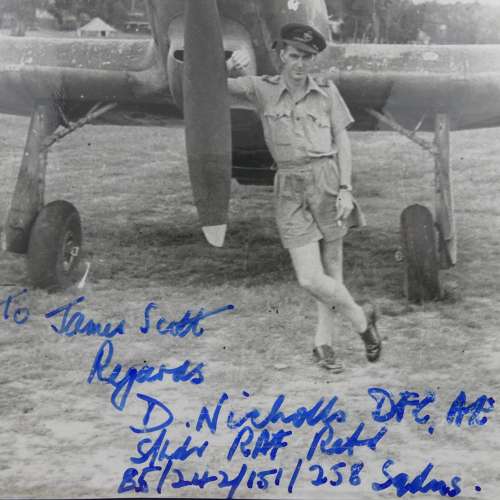