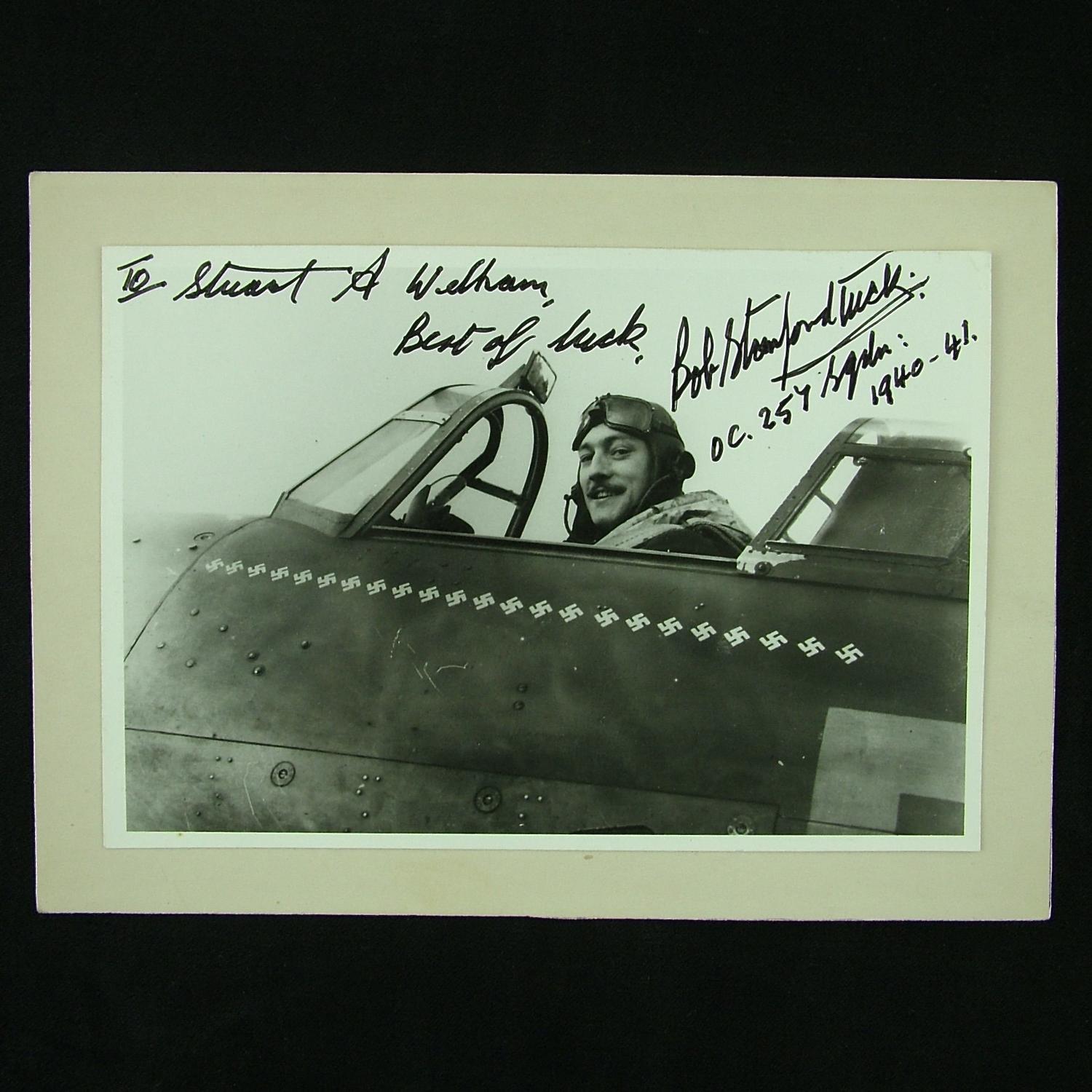 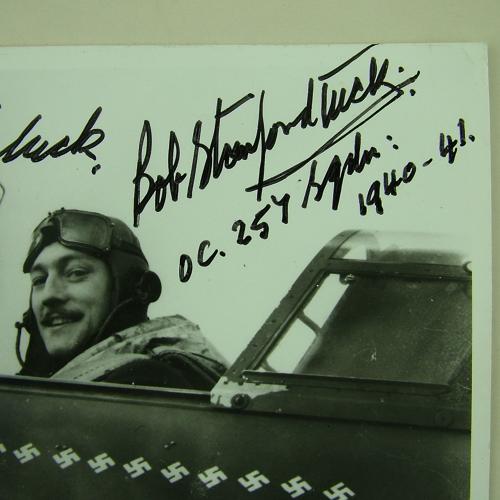 Relatively modern image of Bob Stanford Tuck, approximately 15 x 10cm.  It is dedicated to S Welham and signed in fine black marker pen.  Robert Roland Stanford Tuck, DSO, DFC & 2 bars flew throughout the Battle of France & Battle of Britain.  His aircraft was hit by AA fire in 1942 and was forced to land in France and taken prisoner. At the time of his capture, Tuck had claimed 29 enemy aircraft destroyed, two shared destroyed, six probably destroyed, six damaged and one shared damaged.  Stock code P22873-155.