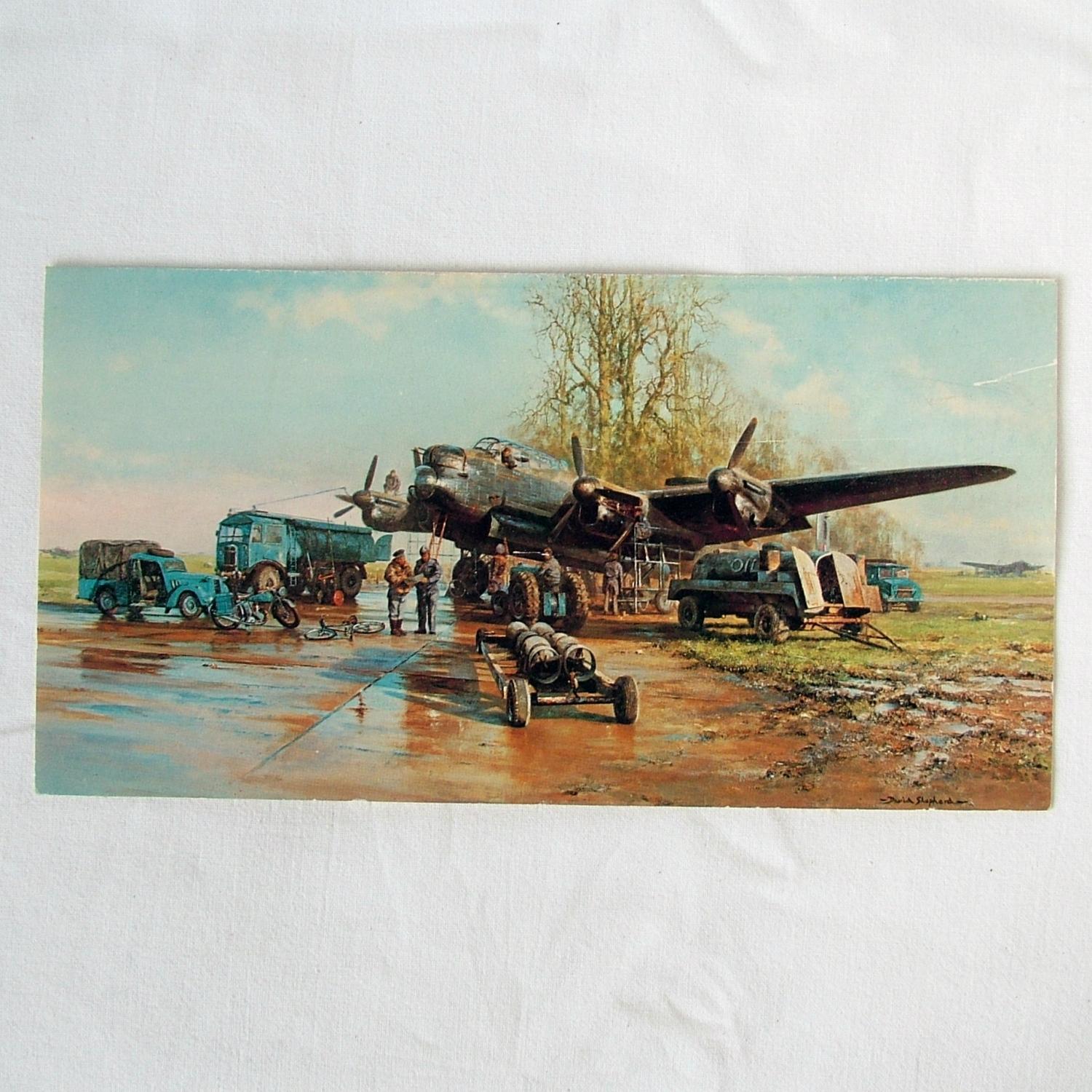 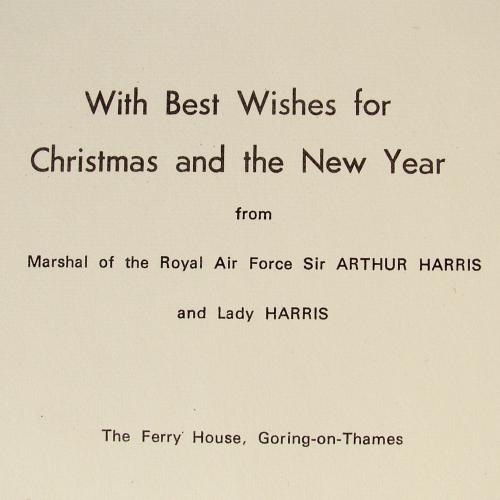 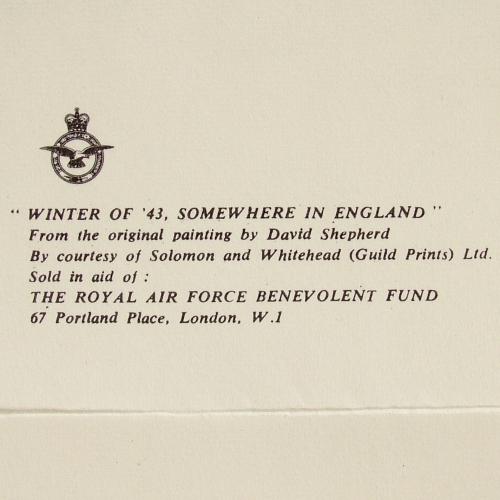 Christmas card, 20 x 10cm. 'Winter of '43, Somewhere in England' from an original painting by David Shepherd and sold in aid of the Royal Air Force Benevolent Fund.  Printed inside the card 'With Best Wishes for Christmas and the New Year from Marshal of the Royal Air Force Sir Arthur Harris and Lady Harris, The Ferry House, Goring-on-Thames'. Sir Arthur T Harris, better known as 'Bomber' Harris was commander in chief of Bomber Command from 1942 until the end of the war.  This was card was sent to his optician in the late 1970s.  Good condition.  Stock code P18880.