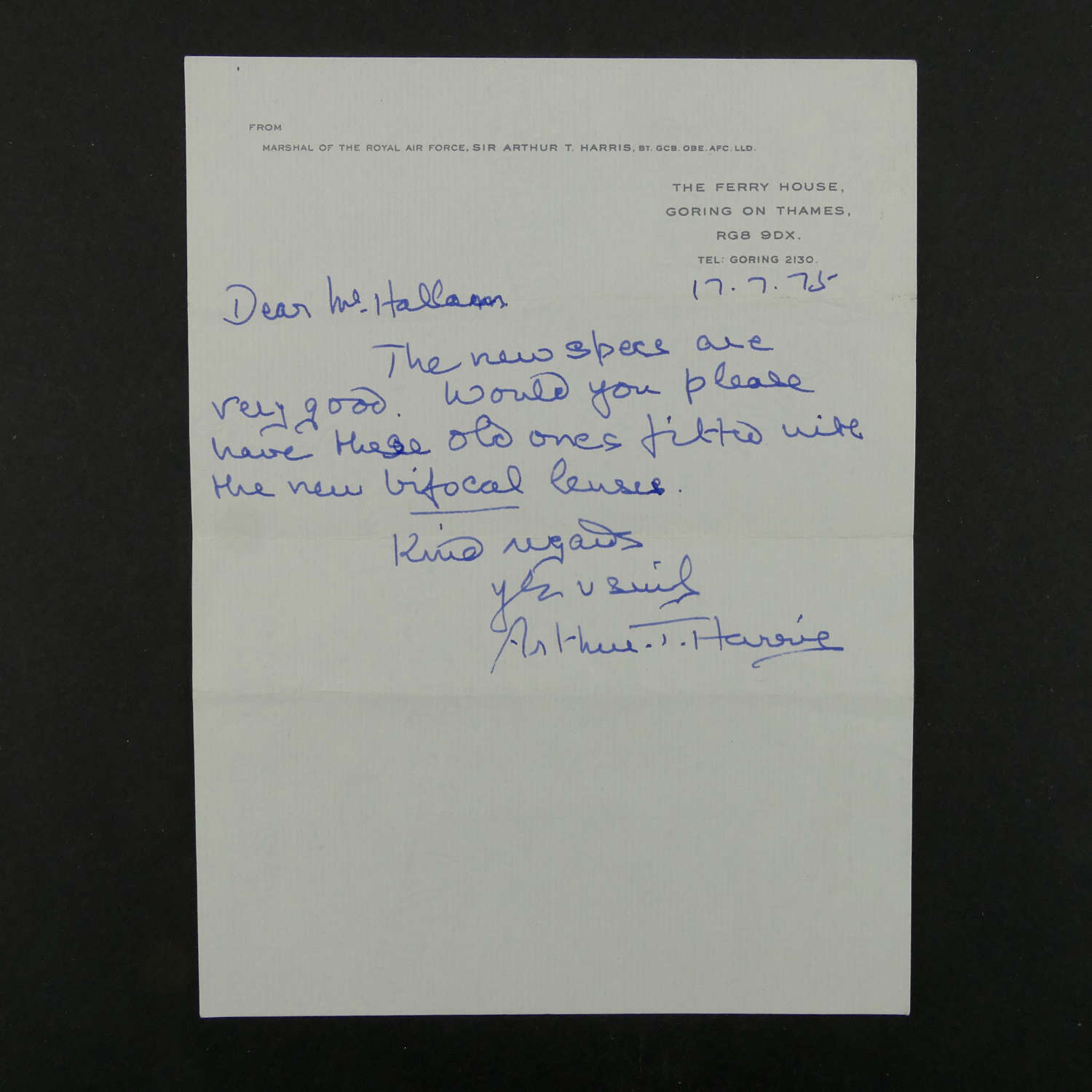 Letter sent by Sir Arthur Travers Harris, better known as 'Bomber' Harris,  to his optician, regarding his 'new specs' and requesting his old ones are fitted with new bifocal lenses.  The letter is handwritten in blue ink on high quality Henningham & Hollis watermarked paper printed with Harris's full home address - 'Marshall Of The Royal Air Force, Sir Arthur T Harris. BT, GCB, OBE, AFC, LLD, The Ferry House, Goring On Thames, RG8 9DX, Tel : Goring 2130'. The letter is approximately 15 x 20cm, dated 17th July 1975 and hand signed.  Harris was commander in chief of Bomber Command from 1942 until the end of the war. His implementation of 'saturation' or 'area' bombing of German cities has made him a hugely controversial figure. He died in April 1984. Henningham & Hollis, established in 1839, held Royal Warrants as printers in Mayfair but  ceased trading in 1979.  A rare personal letter sent by a pivotal figure in RAF history.  Very good condition.  Stock code P18876. 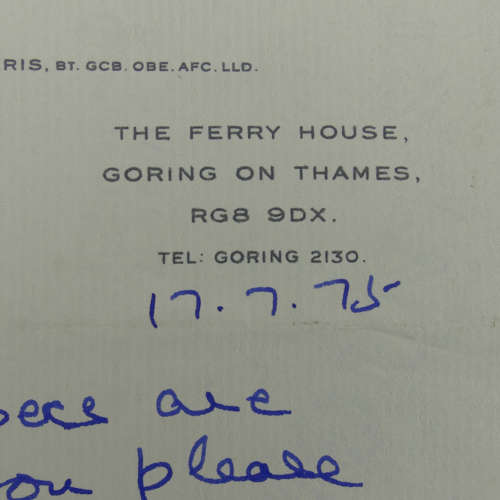 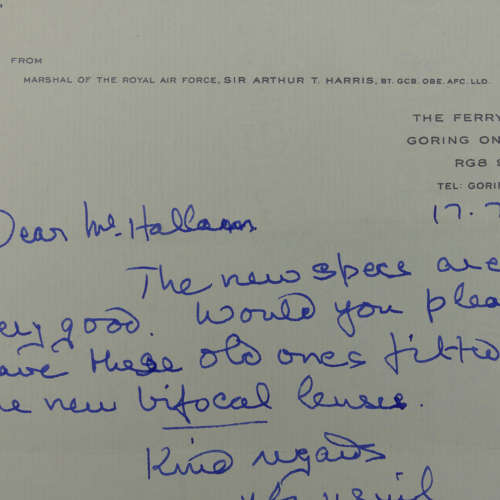 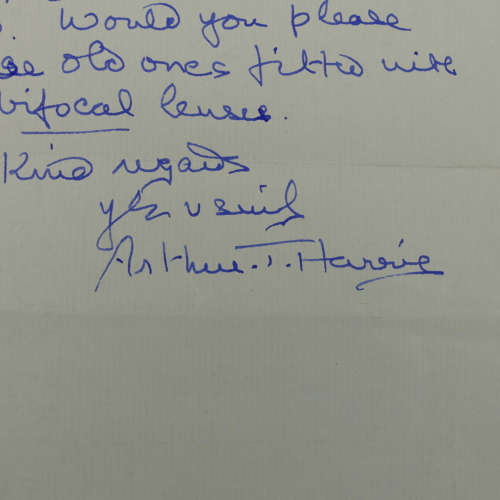 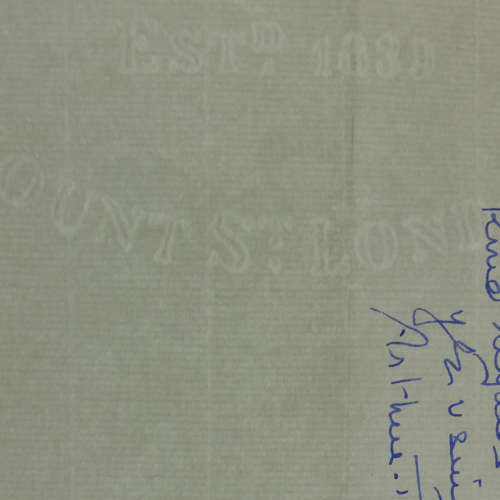