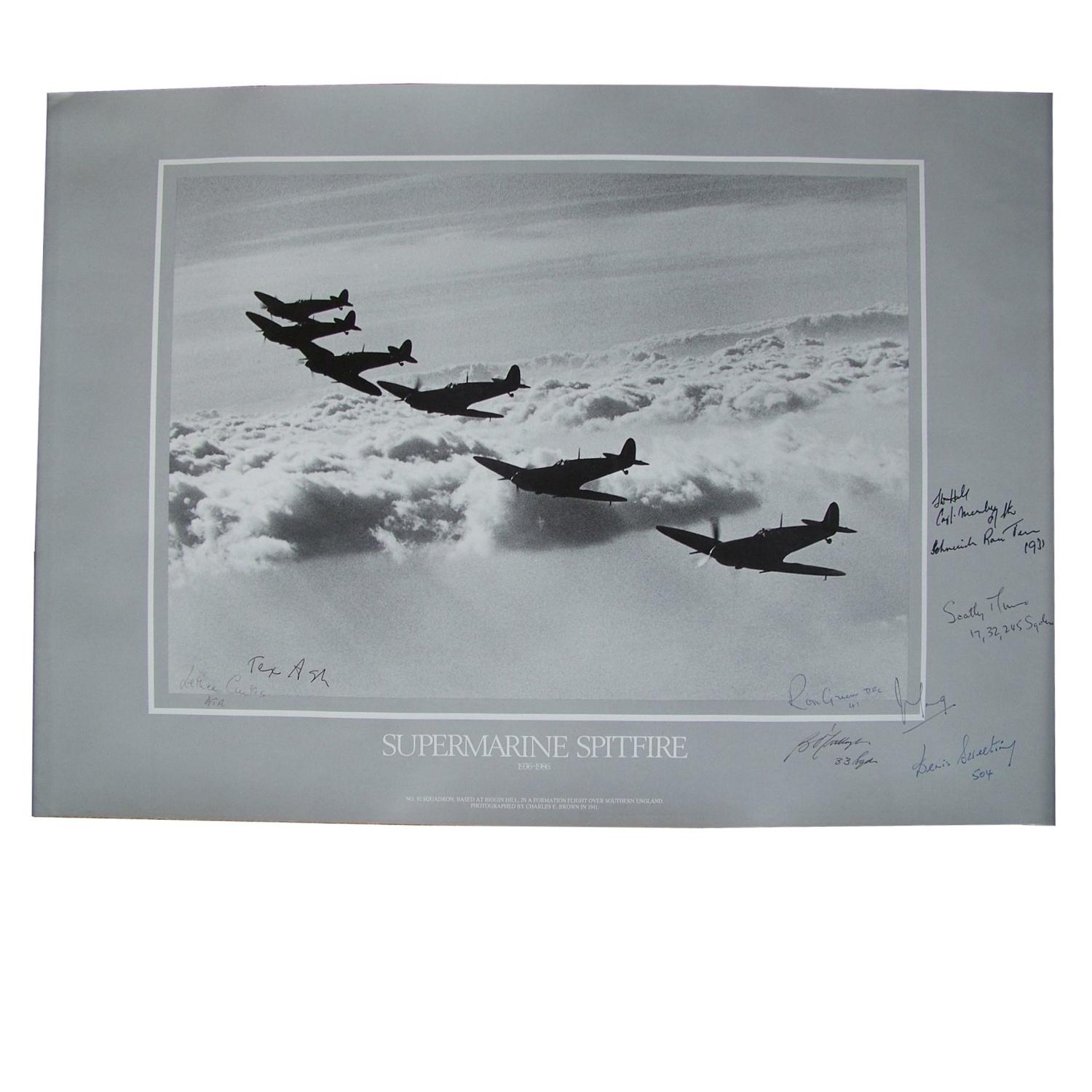 Poster, approximately 59 x 42cm.  Black and white image of Supermarine Spitfires of 92 Squadron based at Biggin Hill, in a formation flight over Southern England, photographed by Charles E Brown in 1941.  Produced as this poster for the 50th anniversary of the aircraft (1986).  Hand signed by various pilots who flew this iconic aircraft including Lettice Curtis of the Air Transport Auxiliary, George 'Scotty' Munro (17,32,245 squadrons), Fl. Lt. Denis Sweeting DFC (of 504 and later, 167 squadrons), Ron Green DFC and William Franklin 'Tex' Ash of 411 squadron.  Tex Ash MBE was the inspiration for Steve McQueen's character Virgil Hilts, 'The Cooler King' in 'The Great Escape' and after being shot down over the Pas de Calais in 1942, evaded capture, initially posing as an American tourist on the streets of Paris.  After capture he was tortured by the Gestapo and ended up in Stalag Luft III where he became a persistent escaper.  The poster has minor edge wear/creases but is in very good overall condition.  Stock code P22873-133. 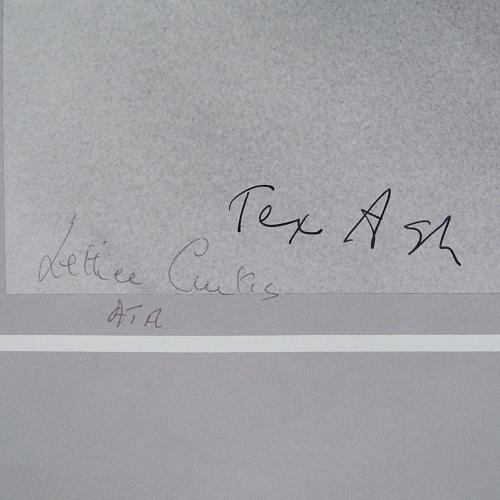 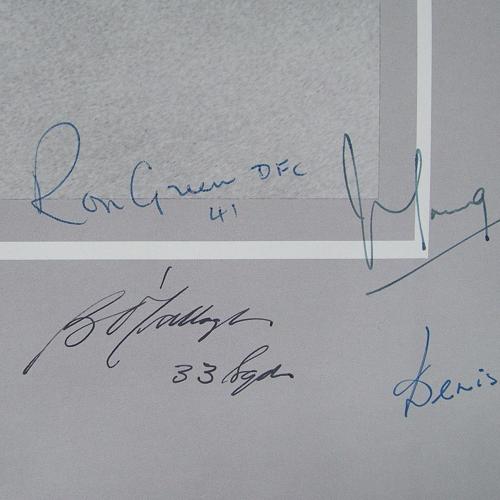 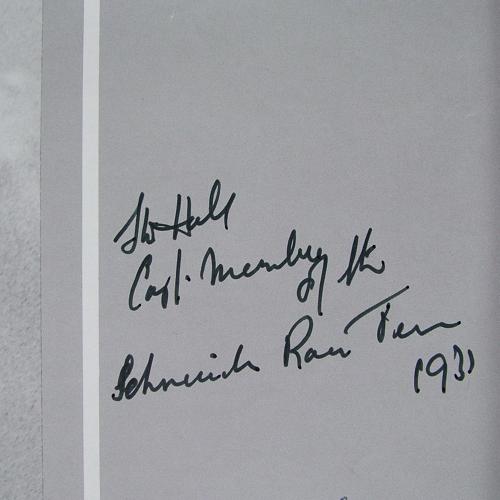 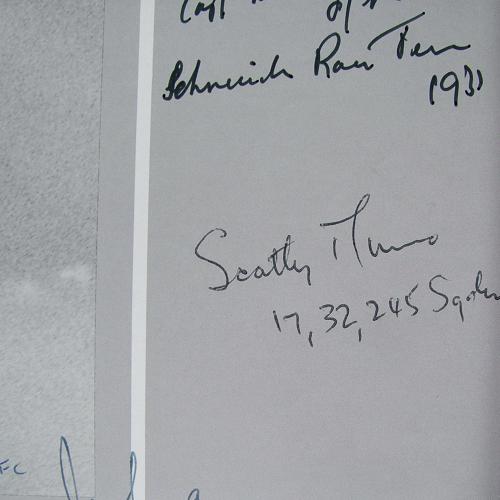 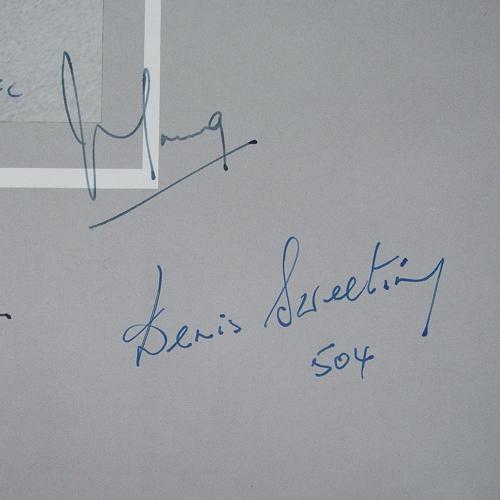 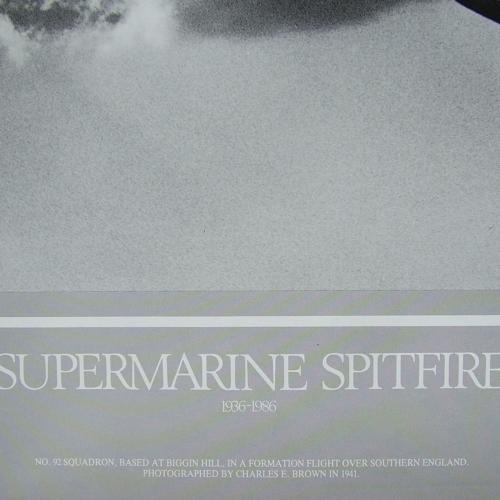